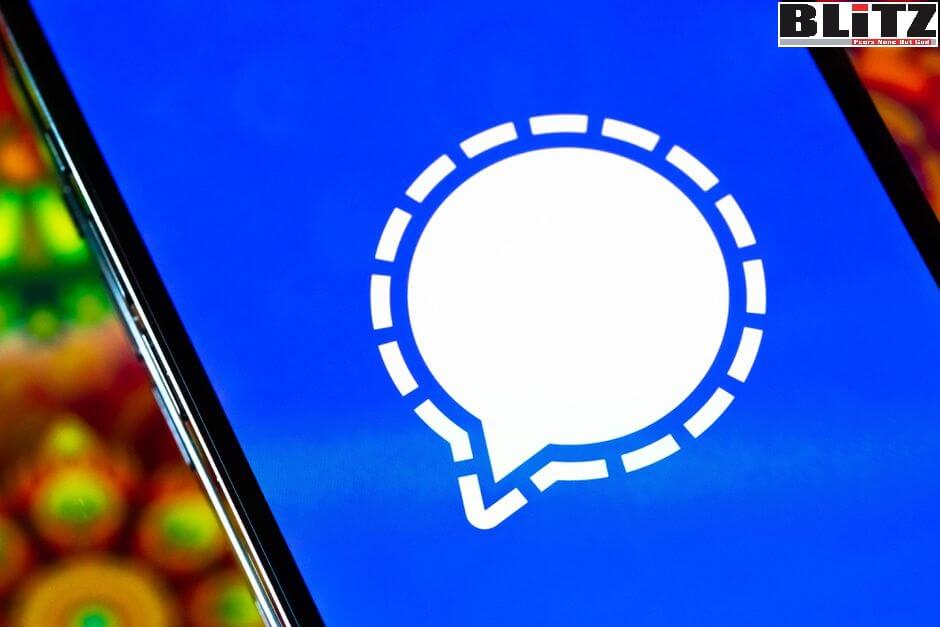 The use of Signal, a popular encrypted messaging app, appears to have been criminalized in Turkey based on confidential documents obtained by Nordic Monitor.

The government documents listed Signal as one of the indicators that a suspected person may be charged with a crime under the country’s most abusive anti-terror laws if the app was found to have been installed on his or her smartphone.

According to the documents, the Çorum Police Department’s anti-smuggling and organized crime department developed a list of banned keywords and apps based on circulars from the Cyber Crime Directorate of the Security General Directorate (Emniyet). Signal is one of the programs identified by Turkish authorities as possible grounds for filing criminal charges against users.

The effective criminalization of the use of Signal, not announced publicly, was revealed when authorities detained government critic Ahmet Can on April 26, 2019 on terrorism-related charges. Can was charged with affiliation with the Gülen movement, a civic group that is opposed to Turkish President Recep Tayyip Erdoğan’s oppressive regime.

During the interrogation the police went further and asked Can if he used other popular social networking and communication platforms such as Facebook, Skype, Tango, WhatsApp, Coco, Kakao, Falco, Coverme or TikTok.

Turkey’s notoriously broad and ambiguous anti-terror legislation, which has been turned into a scourge on dissidents in the hands of the country’s overzealous police and prosecutors, is, to all appearances, susceptible to such interpretation and misuse.

The rationale behind criminalizing secure messaging apps can be explained by the conviction on the part of the police that such apps were often used by members of the Gülen movement. The government singled out use of the ByLock application as evidence warranting the imprisonment of tens of thousands of critics in Turkey. ByLock was a mobile messaging app that was downloaded more than 600,000 times from the Google Play Store and the Apple App Store worldwide.

Can was accused of membership in an armed terrorist organization, providing finance thereto and disseminating terrorist propaganda, the usual charges Turkish authorities level against government critics, opponents and dissidents on dubious evidence.

The Gülen group is led by Fethullah Gülen, who has been critical of President Erdoğan on a range of issues including his increasing authoritarianism, his aiding and abetting of jihadists in the Syrian civil war and his corrupt politics. Erdoğan’s government branded Gülen as a terrorist in 2014, immediately after major corruption investigations that were made public in December 2013 and that incriminated Erdoğan, his family members and political and business associates. He blamed Gülen for instigating the corruption probes, a claim that was denied by Gülen.

Criminalizing communication and social networking tools and citing their use as terrorist activity, Turkey’s public prosecutors have investigated more than 500,000 dissidents and put more than 90,000 of them behind bars without taking pains to show how they could be equated with criminal acts and without further substantiating their claims. Although participating in press meetings to protest a controversial government practice and communicating over online platforms are legitimate exercises of freedom of assembly and speech, the Erdoğan government differs on such rights and freedoms.

This circumstance has been highlighted by the UN Working Group on Arbitrary Detention, which ruled on September 18, 2019, in a complaint lodged by two judges arrested on terrorism-related charges solely due to their use of ByLock, that their deprivation of liberty was arbitrary. According to the working group “use [of] the ByLock application … would have been merely an exercise of their freedom of expression.”

Turkey has refused to give effect to this decision.

Turkey has been tightening its grip on social media. People think authorities are tapping into their emails or social media accounts, thus sparking fear and self-censorship among ordinary citizens.

After an abortive coup on July 15, 2016 President Erdoğan declared a state of emergency and began to rule the country through cabinet decrees. With these decrees the Turkish government closed down hundreds of TV stations, periodicals, magazines and websites. Prior to the declaration of the state of emergency, direct interference with media freedom had already reached an alarming level. In 2015 the government illegally took over the Koza İpek Media Group and later the Feza Group, which owned Turkey’s most highly circulated daily, Zaman. The authorities then employed other dubious means to foster a pro-government media –- the so-called pool media –- by using state resources.

The government dismissed more than 4,000 judges and prosecutors by means of the cabinet decrees issued during the two-year state of emergency. The judicial ranks thus vacated were filled with neophytes and ruling party partisans who were turned into a scourge on dissidents in the hands of the government.

Nordic Monitor previously exposed how Turkey red flagged names like Pennsylvania, the Council of Europe’s anti-torture body, the European rights court and the human rights convention as well as the names of critical media outlets.

The name of the US state of Pennsylvania in its Turkish spelling was listed as one of the key search terms because Gülen, who inspired the volunteer-based movement that focuses on interfaith dialogue and education, has been living in seclusion in the state’s Monroe Country since 1999, when he decided to go into self-exile. The 79-year-old cleric has been a vocal critic of President Erdoğan on a range of issues.

The cases against Gülenists were tried in kangaroo courts by partisan judges. Prosecutors, many associated with the ideology of the governing Justice and Development Party (AKP), often launch criminal investigations at the whim of President Erdoğan, with a lack of evidence to support serious accusations. According to official data announced in February 2021, a total of 622,646 people have faced punitive legal action by the government in the last five years due to alleged links to the Gülen movement. Of these, 301,932 have been detained.

According to statistics issued by the Council of Europe (CoE), as of January 2020 out of 30,524 prisoners convicted on terrorism charges in the 47 CoE member states, 29,827 were in Turkey. In other words, 98 percent of all inmates convicted of terrorism in all of Europe are resident in Turkey. It shows how the government abuses its counterterrorism laws to punish critics, opponents and dissidents in this country of 84 million that is suffering under the iron grip of President Erdoğan.

The police cybercrime unit also red-flagged the Turkish name of the European Committee for the Prevention of Torture and Inhuman or Degrading Treatment or Punishment (CPT), a Council of Europe-affiliated body. It appears many Gülenists who were detained and tortured or read accounts of ill-treatment in custody and prison wanted to reach out to the CPT. Turkish authorities believed such activity was enough to raise a red flag and inserted the CPT as a keyword in their search for criminal activity.