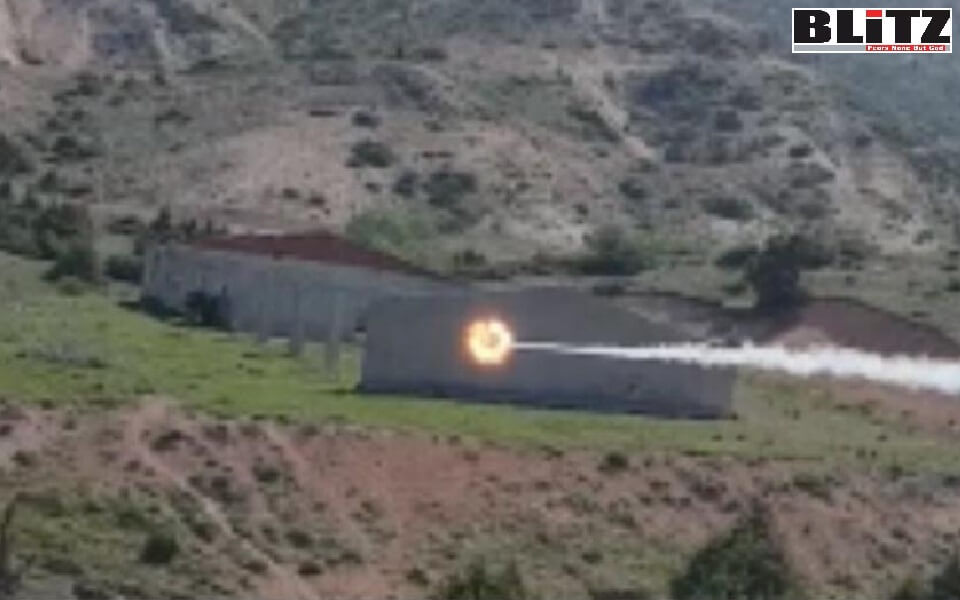 Founded in 2004 in Turkey’s capital Ankara, the company plans to boost its production with high-explosive warheads, mini rockets, and the augmentation of drones and unmanned ground vehicles (UGV).  Their aim is to bring game-changing innovations to the defence industry.

It is feared that Turkish made mini rockets for small Unmanned Aerial Vehicles may go into possession of terrorist and jihadist groups, which can pose gravest threat to global peace.

According to TRT World, Troy’s newly developed mini rockets are also within the load limits that rotary or fixed-wing, low altitude, mini or micro-UAVs can carry. Since the infrastructure of the mini rockets of the company can be used for a wide range of use, the system can also be modified as per the needs of internal and external operations, including the ones carried out in residential areas.

“We will complete this process by working with accredited drone manufacturer companies that can carry our rockets and prepare the appropriate firing platform and enter the products into the Turkish military inventory,” Bereketlioglu told the news service.

For now, six mini ammunition/rockets produced by Troy which are 170 millimeters long can be integrated into mini-UAVs. The mini rockets are launched from the 550-millimetre shooter tube. With its disposable shooter tube, the weight of each rocket is around 500 grams.

On the other hand, the antipersonnel warhead with a smart plug is effective within a radius of 12 meters. Its penetration capability corresponds to the STANAG 4569 Level 2, which is a NATO Standardization Agreement covering the standards for the “Protection Levels for Occupants of Logistic and Light Armored Vehicles”.

The system determines threat elements from a certain distance in a controlled manner and helps security forces neutralize targets without the need to send security personnel into harm’s way.

Troy’s mini rockets can also hit and destroy fixed targets such as light unarmored or armored vehicles and small structures.

Bereketlioglu started his journey in design and product development in 1999. He was inspired by the first 3D prototype machines. By 2004, he, along with his partners, started producing technologically advanced defence products.

“The most important thing was that we brought magnesium to the defense industry by pouring magnesium metal under a vacuum. In aviation and defense, everything is usually made of aluminum. Magnesium was unavailable because it couldn’t be poured under a vacuum, but we did it and thanks to our invention, we’re making products that are 40 percent lighter,” Bereketlioglu said.

“My most important plan for the future is to create a unique infrastructure in which domestic national technology will be established from the beginning if necessary,” he added.