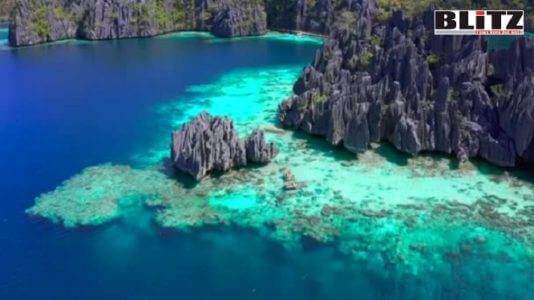 The past months had me getting out of Metro Manila both for work and leisure. This allowed me the opportunity to get reacquainted with how beautiful our country is. While most of my destinations have been key cities, my trips rarely included touristic activities. Yet, my appreciation for the Philippines was rekindled in a significant way.

I have grown more resolute in helping protect my country from those who, because of irresponsibility, negligence, or vested interests, are destroying, even selling away the only country we have.

Sometimes when things go bad (especially with the current political climate), we have difficulty admiring, or even just seeing the good and beautiful things about our country and our people. It is easier to wallow in our frustrations, and remain angry at how things are not working. Indeed, there are many things that we should be angry about because our country and our people deserve much better.

However, it is good to for us to pause, reflect, and regroup from time to time. I am thankful that I again had, and continue to have, the chance to bear witness to how beautiful and worthy of love my country is.

Those who have been to Palawan will agree that this place may be paradise on earth. Mother Nature has been very good to the country by giving us Palawan. Its clear blue-green waters abound with marine life that feeds not only our people, but our eyes with incomparable natural beauty. Its green mountains and vibrant, beautiful plants remind us of how fortunate we are for the natural wonders we have. Palawan is inspiring. The place reminds us how rich and beautiful our country’s natural resources are. It is a testament to the beauty and bounty of nature. It is heartwarming that the people of Palawan are taking care of the place. They know what they have and they treasure their resources.

I remember looking at the endless waters of Palawan from my window. While marveling at the beauty around me, I muttered to myself, my country is not for sale.

Cebu City is a bustling metropolis. It is highly urbanized and has all the modern amenities, and some, of Metro Manila (including some traffic). I like Cebu because in my experience, outside of the beautiful beaches and delectable Filipino food, efficiency is a virtue. I was particularly impressed by its new airport. Not only is it spacious, it works. Their equipment are modern, they even have automatic conveyors for trays for your hand-carried items that go through their x-ray machines.

For someone who is tired of inefficiency in Metro Manila, Cebu makes you feel that the country can be better managed. Yes, the Filipino can if we want to.

Bulacan, Cavite, and Batangas are places I frequent. Specifically, I go to Kawit, Malolos, and Taal, the heritage town. I am an ardent student of Philippine history as well as an advocate of Filipino heritage. These places fill my heart with patriotism because many leading figures of the Philippine revolutions against our Spanish and American colonizers hailed from these places.

I go through streets where our heroes walked and fought. Many of them offered their lives in these places. I visit houses of revolutionists. A good number of them are preserved and we can still see things they actually used. They lived in these homes, slept on beds, eat on tables, sit on chairs that now are silent witnesses to the life they lived. Sometimes I wonder what meetings were held there and what they plotted to fight our wars.

Kawit is where the country’s independence from our Spanish colonizers was declared by our heroes led by General and First President Emilio Aguinaldo. The Kawit shrine, Aguinaldo’s former home and now a museum, was where Philippine independence was born. It is now a proud testament to our valorous, glorious past. This was where the Philippine flag was first officially unfurled, and where our national anthem was first publicly played.

The province of Cavite showed us that independence could be achieved. For several months, Cavite was freed from Spain and this prompted thousands of residents from other provinces to flock there. That was how hungry for freedom our people were.

Malolos is also very historic as it was the seat of the First Philippine Republic. Homes of the Malolos illustrados who were involved in the revolution are also preserved for the present generation to appreciate. Enter the Barasoain church and feel the spirit of our heroes. Our first Constitution was drafted and adopted there. Malolos was the birthplace of the Philippine Republic.

Bulacan was also the home of many Filipino heroes like Gen. Gregorio del Pilar, Gen. Isidro Torres, Marcelo del Pilar, and Trinidad Tecson. Many battles against the Spaniards and Americans took place there. The province gave us martyrs in the name of our freedom.

Taal, the heritage town, is another historic place. It was home to Marcela and Felipe Agoncillo, the maker of the Philippine flag, and our first diplomat who worked for the recognition of the Philippines as an independent country, respectively; Gen. Ananias Diokno, one of our most valiant revolutionists who led and fought many battles; and Gliceria Marella-Villavicencio, labelled by Gen. Aguinaldo as the godmother of the revolution, among others. Going through the streets of Taal is like going back to the time of Noli and Fili. As a heritage town, it has more than a hundred listed heritage homes many of which had to do with our revolutionists.

Batangas gave us a good number of our heroes including Apolinario Mabini, Gen. Miguel Malvar, Galicano Apacible besides those from Taal. Batangas saw many battles during the revolution. Thousands of lives were lost so we may have the independence we seem to take for granted now.

Palawan reminds us of how rich the country is in terms of natural resources.

Cebu shows us that we can be modern and efficient at the same time.

Cavite, Bulacan, and Batangas were among the first to rise against our colonizers. They remind us of our heroes and our glorious past.

Make no mistake, my country, the beautiful Philippines, is NOT for sale. Not to China, or any other country. Our people will not allow it.