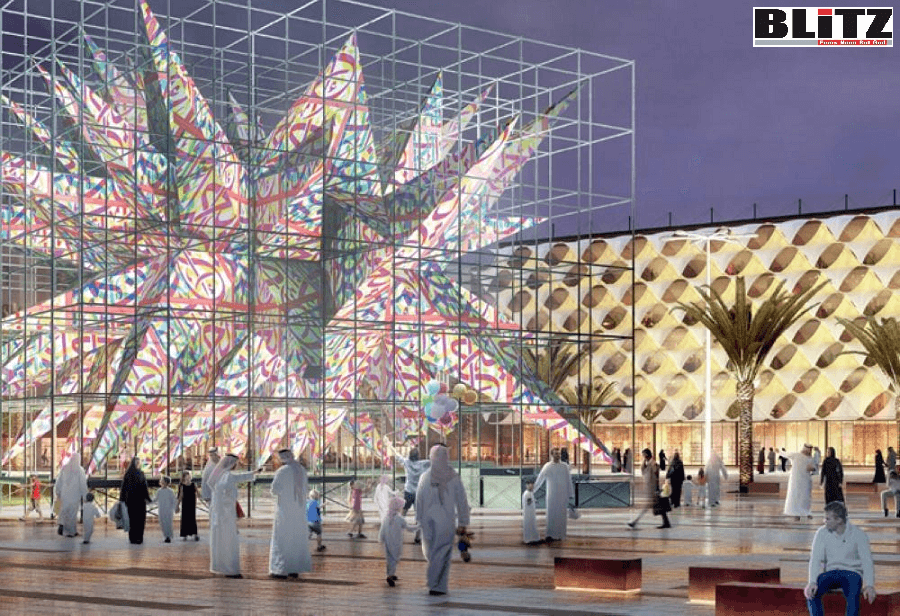 The annual “Noor Riyadh” festival of light will kick-start here on March 18, illuminating the capital city for 17 colorful days. The festival, which will run until April 3, is set to bring together a galaxy of emerging and established Saudi and international artists with diverse programs showcasing some of the most outstanding lighting art works. The festival will feature a display of interactive artworks in multiple locations around the city, the Saudi Press Agency (SPA) reported.

“Noor Riyadh” is a new citywide annual festival of light and art that nurtures creativity, promotes talent and delivers awe-inspiring experiences. The event’s theme is “Under One Sky,” which alludes to the universal human impulse to gather around light, to look into the flames of a campfire and to gaze at the stars. The festival will have two central locations in Riyadh — the King Abdullah Financial District and the King Abdulaziz Historical Center in Al-Murabba. The event is described as “a festival of light and art consisting of numerous public art installations across Riyadh city, and ‘Light Upon Light,’ a landmark exhibition of light arts since the 1960s to present day.

Minister of Culture Prince Badr Bin Abdullah Bin Farhan said that “Noor Riyadh” comes within the framework of the Crown Prince Muhammad Bin Salman’s keenness to elevate the city of Riyadh to the position it deserves among the capitals of the world, and it aims to improve the quality of life in the city in line with the objectives of Vision 2030.

“The festival aimed to enhance the cultural and artistic aspects of the city, by transforming the city of Riyadh into an open art gallery that blends originality with contemporary, through 12 artistic initiatives that include more than 1,000 works and art landmarks created by local and international artists in various parts of Riyadh, forming one of the largest public space art projects in the world,” Prince Badr said.

“The festival seeks to enhance community interaction, spreading the manifestations of art and beauty in the city of Riyadh, and enriching daily life for its residents and visitors, by promoting art in public spaces, fostering the local art movement, and encouraging more creativity and innovation,” he added.

Prince Badr, who is also member of the Board of Directors of the Royal Commission for Riyadh City and chairman of the Steering Committee of the Riyadh Art program, said the celebration embodies the generous and unlimited support that arts of all kinds receive from the Crown Prince, and will contribute to giving the artistic scene in the city of Riyadh more vitality and interaction, and strengthen its connection with the various segments of the people of the city, by creating a rich artistic dialogue between Saudi art and artists with their counterparts from different parts of the world.

It is one of four major Riyadh Art’s projects, which aims to transform Saudi Arabia’s capital “into an environmentally friendly and sustainable city. The Riyadh Art program is one of the four major Riyadh projects, launched by Custodian of the Two Holy Mosques King Salman on March 19, 2019, at the initiative of the Crown Prince. Riyadh Art is the first national public art initiative in the Kingdom and it aims to target the city of Riyadh into a gallery without walls and a creative powerhouse for the digital age.

The celebration of Noor Riyadh includes 60 artworks that include all forms of light arts, such as historical, engineering and light works, sculptures, lighting shows, interactive performances, kinetic pieces, installations and outdoor works, and a number of light art forms that shed light into the artistic movement in the lighting arts since the 1960s until present day. The festival will also feature a host of related activities such as workshops, discussions, tours, presentations, volunteer programs, cinematic and musical events, and recreational and educational activities cater to all segments of the society, especially families.

The event will witness the participation of renowned artists from over 20 countries around the world, of whom 40 percent are Saudi artists. The most renowned among these Saudi lighting artists include Ahmed Mater, Lulwah Al-Hamoud, Ayman Zidani, Rashed Al-Shashai and Maha Mallouh. The organizers have taken all the precautionary measures and preventive protocols approved by the Ministry of Health to stem the spread of coronavirus.