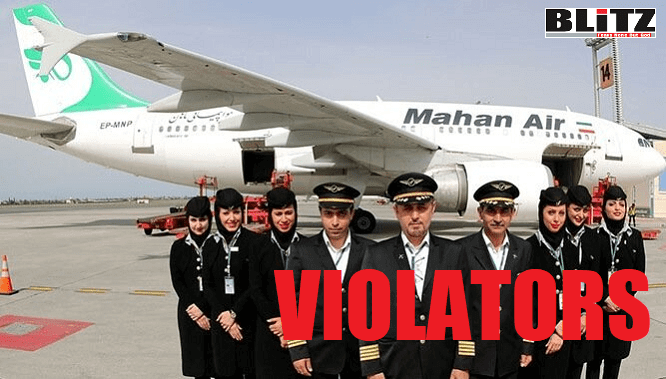 Iran’s Mahan Air continued to operate flights to and from Iran, Iraq, the United Arab Emirates and Syria from late January until late March, despite flight bans due to the COVID-19 novel coronavirus pandemic, according to a BBC investigation published Tuesday.

Sources inside the Iranian airline told the BBC that when staff reported dozens of crew members were showing COVID-19 symptoms, they were silenced.

The airline is under US sanctions due to its links with Iran’s Islamic Revolutionary Guard Corps (IRGC).

Meanwhile, Iran’s COVID-19 death toll rose by 78 in the past 24 hours to 6,418, Iranian Health Ministry spokesperson Kianush Jahanpur said in a statement broadcast on Iranian state TV on Wednesday, according to Reuters.

The official number of confirmed cases in Iran is 101,650, but many observers, including the head of Israel’s Mossad intelligence agency, say the true figure is much higher, not only in Iran but also in Iraq, Syria and Lebanon.

JNS is an independent, non-profit business resource and wire service covering Jewish news and Israel news for Jewish media throughout the English-speaking world.