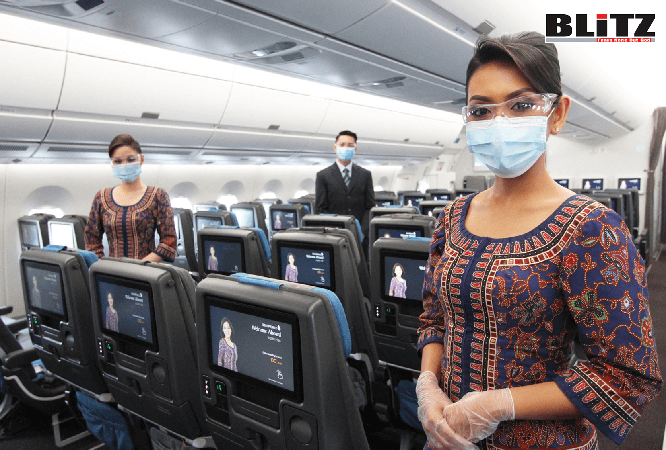 Is Singapore Airlines good at all?

SINGAPORE: Travellers voted Singapore Airlines the best carrier in the world, according to SkyTrax, which surveys more than 20 million fliers every year. Thai Airways International was judged to be the tenth best airline. Singapore Airways was also named the best in first-class.

Singapore Airlines’ higher star rating seems to be for a good reason as it comes out with a higher rating of 8/10 as graded by customers, while Emirates has been given 6/10.

Singapore Airlines is also consistently voted the top or second-best airline in the world by Skytrax.

Can an economy class passenger use the lounge of Singapore Airlines? The answer is affirmative. Relax in comfort at more than 1,000 lounges around the world, even when you fly in Premium Economy or Economy Class with Singapore Airlines, SilkAir, Virgin Australia, Virgin Atlantic, Vistara, Star Alliance or Star Alliance Connecting Partner airlines.

The primary way you can gain access to any of Singapore Airlines’ lounges is by first joining their frequent flyer program, Krisflyer. … If you’re not a member of either of the above programs but you’re flying Star Alliance first or business class, you’re entitled to lounge access, depending on the type of lounge.

We must remember, Qatar Airways has been crowned the best airline in the world for 2019, according to the consumer-aviation website Skytrax. The airline moved up one spot from the 2018 list, when it ranked second behind Singapore Airlines, which placed second on this year’s list. But in 2020 Air New Zealand became the world’s best airline for 2020.

A propaganda against Singapore Airlines?

Few months ago, travel vlogger Josh Cahill claimed, he had received death threat for his “honest review” of Singapore Airlines.

Meet Josh Cahill. If you’re someone who enjoys traveling and have been utilizing YouTube to research on airlines, chances are, you’ve probably seen one or two of his videos and even his legendary blog.

The award-winning blogger-turned-vlogger is best known for posting honest, fair, and balanced reviews on flights he has taken.

However, his most recent review of Singapore Airlines has courted heavy criticism from the people of Lion City. And a death threat.

Singapore Airlines is often synonymous as being among the best airlines in the world for its quality services and experience it offers.

Since it’s introduction in 2010, the airlines had also bagged numerous awards over the years including Skytrax’s world best airlines title four times. It also sat at the top three spots for 17 times.

So naturally, Singaporeans see it as a symbol of pride. However, Singapore Airlines was beaten by Qatar Airways for the top spot in 2019 despite winning an award for the best cabin crew.

In his 11-minute long video review titled, “Review: SINGAPORE AIRLINES ECONOMY CLASS – NOT WORTH THE DOLLAR!”, Cahill revealed some of the things he enjoyed about the flight such as the breakfast, disposable toothbrushes in the toilet, and the seats.

However, what drew the ire of Singaporeans was when he said that the price he paid for his flight ticket (US$890) was not worth the treatment he received from the airline’s award-winning crew.

In fact, the 33-year-old said throughout the entirety of his 13-hour long journey, the airline crew practiced a “zero-engagement policy” with a clear “performance-based” strategy that left “little time left to engage with (their customers)”.

Just to be clear, Cahill had traveled via Economy Class from London to Singapore. Due to this, Singaporeans were naturally pissed.

However, according to TODAY, while some of the comments he had received on his social media pages pointed out that his review was unfair, there were others who criticized him abrasively.

The airline has since gotten in touch with Cahill in regards to the alleged threat made by an online user who claimed to be a staff of Singapore Airlines.

However, because the company lacks details and additional information, it is unable to verify if the user is indeed their staff.

Singapore Airline has promised to assist in police investigations should such a thing happen.

“If Mr Cahill’s allegations are found to be true, we will ensure that the appropriate action will be taken. As an airline that is committed to service excellence, Singapore Airlines takes all feedback seriously and requires our staff to treat our customers with professionalism and respect,” Singapore Airlines said.

Other employees of the airlines have also come to the defense of Singapore Airlines.

“Josh, I am ex cabin crew for a long-haul airline and I really do like your videos but speaking from experience, there are hundreds of passengers in economy class and it’s impossible to get to know your passengers.

“The work load is high and there are always some very demanding customers on flights that take up a lot of your time anyway whilst trying to work to a service plan. We used to have 15 cabin crew on a Boeing 747 aircraft with over 450 passengers on board. We never stopped,” YouTube user Ian Bridges commented under Cahill’s YouTube video.

Another said expecting cabin crew to attend each and every passenger on board the economy class was absurd.

A few comments were racist in nature and some even began messaging his girlfriend, who is Singaporean, for picking him as a partner.

One person, claiming to be a staff of Singapore Airlines had also issued a death threat.

This pushed Cahill to consider taking the matter to the police but he had to stop himself as it would be extremely challenging for the cops to track down the users who mostly used online monikers.

The police advised the vlogger to contact them in the event the online abuse intensifies.

“All I provided was honest feedback based on my experiences. I will not surrender to the bullies and racists, because the vast majority love my honest, consumer-friendly reviews.”

Cahill has since deleted the abusive comments on his social media platforms.

My opinion about Josh Cahill

I have watched a number of videos of Josh Cahill on YouTube, and to my understanding, he always shows a wrong tendency of somehow undermining or giving bad names to most of the Asian airlines as well as airports. I would rather accept the travel reviews by another eminent vlogger Sam Chui, who has always been neutral while giving any opinion about any airline or country.

It is ridiculous that Josh Cahill was expecting to spend some time by chatting with a female cabin crew.

Commenting on this issue, a passenger of Singapore Airlines, Kevin NG told TODAY, “He [Josh Cahill] is getting backlash because his review is complete rubbish. I have flown SIA economy all my life. The crew has always been excellent. Obviously, they can’t be chatting with him when they are busy… If you want engagement, take a walk to the pantry during the less busy periods, and you will find the crew most engaging. They are usually just very nice and well-traveled people… so they are interesting.”

Srivatsa Kasturi said, “I have flown over 750,000 miles on SIA in the last 15 years. I have also flown other airlines before and will most certainly vouch for SIA. Let the guy have his opinion and maybe he had some other expectations. Let it go.”

Kurt Bohuslav said, “I have flown SIA for more than 30 years and never experienced bad service. This kind of complain, kings, we have to ignore.”

In brief, Singapore Airlines is a leading airline company with an undisputed reputation. It is wrong to unethically make any attempt of tarnishing its good image.