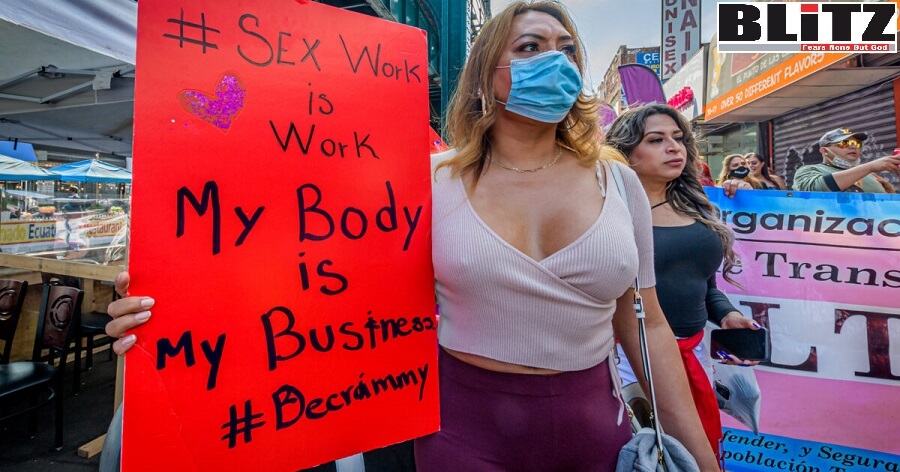 Per the NYP, for every Starbucks that’s in the five boroughs, there are at least two illicit massage parlors. In Queens, staffers at the nonprofit tracking the proliferation of sex trafficking in NYC has found at least 269 open brothels, the illicit businesses outnumber Starbucks 5 to 1, the data from the intelligence-driven counter-trafficking organization that focuses exclusively on the illicit massage industry shows.

Back in March 2020, as the reaction to the pandemic was shaping up at countries around the world, in New York City, many black-market “entrepreneurs” decided to try and ramp up their own “massage parlors” and brothels to try and attract male customers, and earn themselves a slice of all that stimulus money rattling around the economy.

Many of the massage parlors blend in easily with their surrounding businesses. Take, for example, the Ming Happy Spa on Montague Street, which is wedged between two legal businesses, and handles mostly males in upscale dress.

In one of New York’s toniest neighborhoods, just a few blocks from the Brooklyn federal courthouse, a shady massage parlor is hidden in plain view. The Ming Happy Spa on Montague Street, conspicuously open until 1 a.m. seven nights a week, is next door to a high-end women’s boutique and operates an innocuous second-floor storefront that sees a steady stream of well-dressed male clientele late into the night. The alleged illicit massage business in the upscale neighborhood is one of at least 629 others currently operating across the five boroughs — a network of illegal enterprises so vast, they outnumber Starbucks 2 to 1 citywide, according to data from Heyrick Research.

For every Starbucks that’s in the five boroughs, there are at least two massage parlors. In Queens, which has at least 269 roughly open-air brothels, the illicit businesses out number Starbucks 5 to 1, the data from the intelligence-driven counter-trafficking organization that focuses exclusively on the illicit massage industry shows.

In case consumers are unaware, the reviews explicitly expose what the business truly is via sites like Oarkir, sort of an aggregator of reviews for massage parlors around NYC and the country.

Experts told reporters that the prevalence of brothels and massage parlors, fueled by their ability to operate with immunity, reflects an unofficial, citywide shift toward the decriminalization of the sex trade, something Hizzoner Bill de Blasio imposed months ago. As for whether he (or his successor, Eric Adams) might support full decriminalization, that remains to be seen. But there’s no question that whether they’re violent crimes, or quality of life issues, crime is soaring in Gotham once again.

Like Loading...
Recommended for you:
Continue Reading
Advertisement
You may also like...
Related Topics:Brothel in New York, Massage parlor in New York, Prostitution, Sex worker, Starbucks