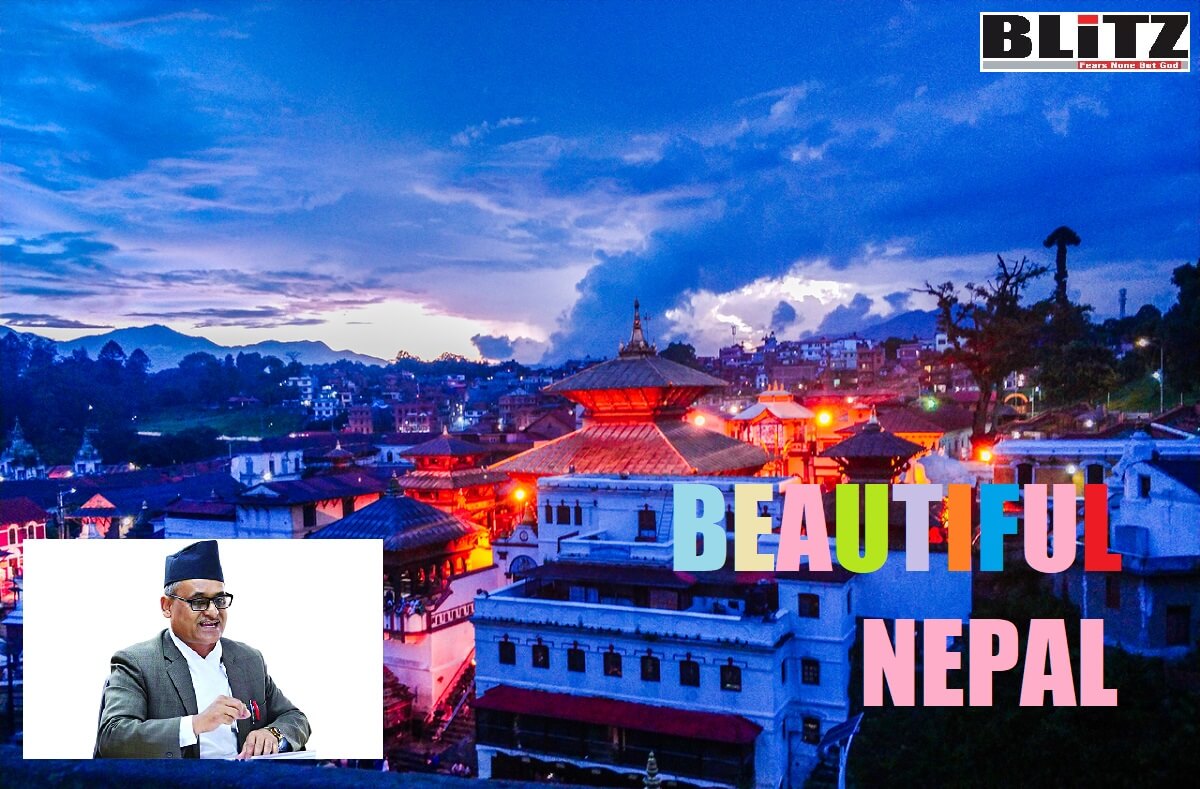 Ever-since the independence of Bangladesh in 1971, its relations with Nepal has been extremely warm and cordial. But, in my opinion, the bondage of friendship between Dhaka and Kathmandu needs to be further strengthened while both countries should focus on increasing interactions in trade and tourism sector.

In an interview with a vernacular daily, Nepalese ambassador to Bangladesh, His Excellency Dr. Banshidhar Mishra said, Bangladeshi tourists have been mostly visiting Nepal through air-route. Currently there are 54 airports in the Himalayan nation, while Kathmandu has taken numerous measures in ensuring better safety for operation of flights. While the volume of Bangladeshi tourists to Nepal was on steady rise, it which was hampered due to an air accident in 2018. A commercial flight of US Bangla Air, carrying 71 people from Bangladesh caught fire as it landed, killing 51 passengers. It was initially thought that “poor communication with air traffic control” may have been to blame. But later it was revealed by the investigators that the pilot of the US Bangla flight was ranting to crew members and even smoking in the cockpit due to stress. Nepal’s Accident Investigation Commission said in its report that the captain of US-Bangla Airlines flight BS211 was “very much emotionally disturbed and stressed” because a female colleague, who was not on board the plane, had “questioned his reputation” as a good flight instructor.

The 52-year-old pilot was released from the Bangladeshi Air Force in 1993 because of depression, the report says, but was later declared fit to fly civilian aircraft.

According to BBC report, investigators said the pilot’s vocal pitch, and the language he was using “indicated that he was agitated and experiencing high levels of stress” even when speaking to ground control in Dhaka before take-off.

According to the black box voice recorder and reports from surviving passengers, the pilot smoked in the cockpit and “engaged in unnecessary, unprofessional and lengthy conversation even in the critical phase” of the flight.

“This state of mind with high degree of stress and emotional state might have led him to all the procedural lapses,” the report says. “This, together with the failure on the part of both the crew to follow the standard operating procedure at the critical stage of the flight, contributed to the loss of situational awareness”.

It adds that the 25-year-old first officer may have been reluctant to be more assertive during the final approach and landing because of the captain’s experience and authority.

Because they had lost “situational awareness”, the crew failed to realize the flight had deviated from its intended path until it was too late.

They missed the runway at Kathmandu’s Tribhuvan International Airport, and ended up flying in an incorrect position in the dangerous mountainous terrain.

The crash was the worst aviation disaster to hit Nepal in 26 years.

According to international aviation experts, airports in Nepal are safe for flight operations, while there are hundreds of flights from various countries to Nepal loaded with tourists, who mainly visit the country to witness the excellent picturesque of the nature and the Himalayan mountain.

Nepalese ambassador His Excellency Dr. Banshidhar Mishra said, his government is considering constructing two more international airports, including one in Pokhra. Katmandu is thinking of connecting Pokhra airport with most of the districts in Bangladesh. There will be flights between Pokhra and Dhaka, Chittagong and Sylhet districts in Bangladesh. A Bangladeshi entrepreneur has already established a resort in Pokhra region in Nepal.

The ambassador emphasized on land route communication for further increasing the connectivity between Bangladesh and Nepal. The Nepalese ambassador said, Nepal wants to launch a special tourism package called ‘Himalayas to Bay of Bengal’ or ‘Bay of Bengal to Himalayas’, with the goal of facilitating the tourism sector of both the countries.

Nepal is a prime destination of tourists from around the world. Time has come, when Nepalese government needs to also make easier provisions for foreign investors in investing in its tourism sector. Foreign investments in Nepal’s tourism sector can not only help the country in offering better facilities to the tourists from around the world, it also can create job opportunities for thousands of Nepalis. Nepalese ambassador to Bangladesh, Dr. Banshidhar Mishra is also an avid traveler and has visited twenty-eight countries across the globe while representing Nepal in various international conferences, which has only added to his vast knowledge and experience. In Nepal, he has visited and worked across all the geographical regions during various time frames of his medical and political career and witnessed all the natural, cultural and historical experiences the nation offers. During his twenty-eight years of political career, Ambassador Mishra has served as the State Minister for Health (2004-2005), Member of Constituent Assembly of Nepal, Member of Parliament, (1991, 1999-2008 & 2013-2017) and has held responsibilities of Member of High level Citizenship Commission (Minister of State Level, 1995) and senior advisory positions for Physicians for Social Responsibility Nepal (an affiliate to International Physicians for Prevention of Nuclear War, IPPNW, a Noble Peace Prize Winner organization) and Manmohan Memorial Health Foundation . He is also the founding Chairman of Rural Self Reliance Campaign Nepal (RSC Nepal) which is an active NGO involved in training of lower and middle level health professionals and founding Vice-Chairman of Nepal Health Care Co-operative Ltd., an umbrella of many organizations including Manmohan Memorial Medical College & Teaching Hospital. He is also one of the signatories of the Constitution of Nepal promulgated in 2015.