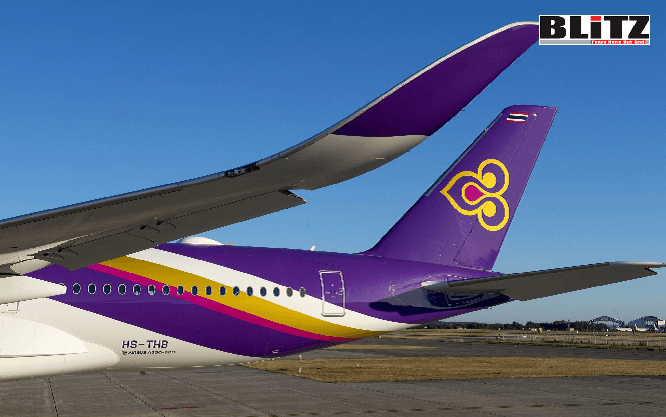 My pleasant and odd experience with Thai Airways

Thai Airways has consistently been considered as good to fly with for its courteous and helpful staff and rarely late. The food was also considered to be pleasant. But those good things have started moving towards the wrong direction.

We need to remember; Thailand has something of a chequered past when it comes to aviation safety. Soon after the ICAO had announced its special measures for the airline companies. The US Federal Aviation Administration downgraded Thailand’s airlines from a Category 1 to Category 2 rating.

The last 40 years have seen continual engineering advancement that solidifies aviation as the safest form of transportation. However, with the actual numbers of air passengers and flights increasing at an exponential rate, you could be forgiven for questioning the statistical evidence.

Recent years have seen multiple aircraft hull losses in the news headlines. British Airways are considered a very safe airline but a relatively short memory will remember images of flight BA38 from Beijing that crash landed at Heathrow in 2008, or the stark images of a British Airways 777 on fire at Las Vegas in 2015. Emirates are another airline who have quietly moved on from the negative PR they received after a Boeing 777 crash landing at Dubai in 2016.

Thankfully there were no fatalities on the aircraft from these particular incidents but unfortunately, there have also been dozens of fatal accidents over the last decade. Examples include the two recent Boeing 737-MAX disasters, images of an Aeroflot aircraft bouncing down the runway in Moscow engulfed in flames and then of course the two Malaysia Airlines crashes, of which one of the aircraft was shot out of the sky over Ukraine.

Despite these incidents, major airlines remain relatively very safe. However, there are some airlines that have a safety record that scales from average to absolutely terrible. If you find yourself on the airlines below, ignore everything written above, and assume you’re either flying to a very remote location where you had no other choice, or that you just wanted to book the cheapest fare. Many of the world’s most dangerous airlines are banned from flying into both the U.S. and the EU, and if the aviation authorities are telling you this, it’s probably with justified reasoning.

Tara Air, Nepal Airlines, Ariana Afghan Airlines, Bluewing Airlines, Kam Air, Trigana Air Service and SCAT Airlines are considered to be most dangerous, due to aviation history. But thank God, Thai Airways is not in that list.

For those who keep asking if Thai Airways is a budget airline I would like to say, partly owned and headquartered in Bangkok, Thai Airways is Thailand’s flagship carrier. … Because of that, they picked up a 39-percent stake in Nok Air — a popular budget airline in Thailand — and began the subsidiary Thai Smile Air in 2012. Thai Smile services many destinations throughout Asia.

Whenever you book Thai Airways, you take your chances on the airline deciding to swap out the aircraft from underneath you. It’s usually pretty good about operating its Tokyo Haneda-Bangkok Suvarnabhumi flights with its 747-400s, though, and so I redeemed a very modest amount of United frequent flyer miles to fly it on the overnight redeye.

About the catering of Thai Airways, a friend of mine said: “There is something about the purple plastic crockery used in Economy Class on Thai Airways that always impresses me. On the tray was a salad entree, bread roll with butter, fruit salad and dessert. For the hot main meal there were two options, a Thai noodle dish or a curry. Drinks were served between the dinner and breakfast service regularly. There was no snack bar. On day flights, drinks and peanuts are offered before the main meal service. On our flight to Thailand we were offered a delicious breakfast and then before landing a substantial cold turkish bread sandwich rather than a whole meal which was more than ample. Hot towels are provided to all passengers before the main meal.”

In my opinion, the standard of services of Thai Airways has surprisingly declined during the past few years, while it has been using pretty old aircraft in a number of routes, which surely goes against the decade-old good name of this airline. Similarly, the inflight service standard of Singapore Airlines, especially in the Bangladesh-Singapore route is earning bad names. On the other hand, for example, Cathay Pacific is gradually improving its inflight service standards, while Malaysian Airlines has always been a total disgust.