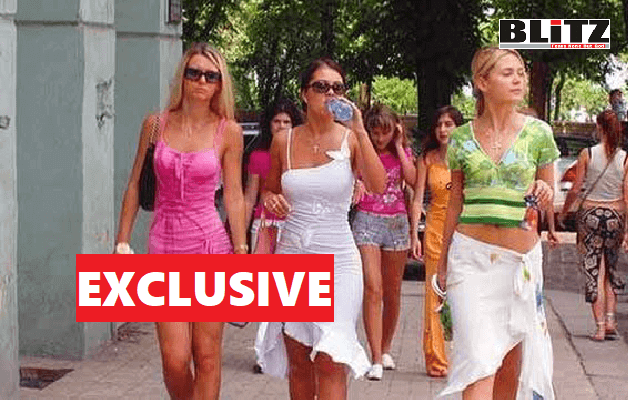 For many foreigners, Ukraine is still an undiscovered land with a rich history, culture, nature, and politics. Although the government officials claim that the country has tremendous tourism potential, in reality even sex tourism is no longer an issue in Ukrainian society.

In 2012 during the European Football Championship co-hosted by Ukraine and Poland, several Ukrainian cities were hit by the tourist boom. The vast majority of tourists were football fans who, apart from cheering and watching matches, made a significant contribution to the country’s sex industry. Pimps, often linked to organized crime, were the ones who managed to maximize their profits the most by selling prostitutes’ services to as many men as possible. In 2012, Ukraine had the highest rate of HIV infection rates in Central Asia and Eastern Europe with at least 350,000 people living with HIV. Sexual intercourse has overtaken drug injection as the number one form of transmission.

At the present time, many sex tourists reportedly fear they could be ambushed by right-wing thugs who became part of the political mainstream after violent protests in Kiev’s Maidan Square in 2013/2014, which resulted in overthrowing of the President Viktor Yanukovych. Ever since, Ukraine has become a lot cheaper in dollars, especially after the currency collapsed in 2014. In spite of that, fear is keeping sex tourists at a distance.

Sex workers, on the other hand, started traveling to the war-hit Donbass region to work for soldiers on both Ukrainian and pro-Russia sides. Reportedly, cities further from the frontline, where infrastructure still exists, are places full of soldiers where women, who sometimes come from nearby towns, provide sexual services. Since prostitutes in Ukraine are often victims of violence, they are trying to find underground ways to bring the abuse out of the shadows and to protect each other.

The majority of the Ukrainian sex-industry exists underground and prospers due to poor law enforcement and widespread corruption. There are between 52,000 to 83,000 women working as prostitutes in Ukraine, according to the International HIV and Aids Alliance. About 11,000 prostitutes work in the capital Kiev. The so-called VIP sex workers in the country who are able to speak a foreign language charge customers between $124 to $248 for sex. Corrupt police charge brothel owners up to $1,000 for each phone line that is used for clients to arrange for sexual encounters.

Officially, prostitution is still criminalized in Ukraine, even though some senior country’s officials support the idea of legalization of the sex industry. Presently, a woman, or a man, waiting for a client in the street can be apprehended by the police and given a small administrative fine up to $10. A conviction for pimping is a criminal offence and carries a prison term. According to Legalife – charitable that advocates for sex workers’ rights – Ukraine’s criminal legislation against pimping is seldom applied to pimps themselves, and more often used to punish sex workers.

Apart from being legally persecuted, over 500,000 Ukrainian women have been exploited with trafficking to the West since its independence in 1991 up to 1998, as stated by the International Organization for Migration. According to multiple reports, the Ukrainian sex-workers are the second largest group of foreign women involved into prostitution outside the US military bases in South Korea. They are also one of the largest group of foreign women in Turkey involved into prostitution. At the same time, Ukraine became a very popular destination for Turkey’s middle-class visitors, who have a special predilection for Slavic beauties, as Ukrainian women have an unfortunate reputation as beautiful, cheap sex dolls.

Due to such reputation, male tourists from all over the world used to visit Ukraine in order to find a wife or to date Ukrainian women. A great part of sex tourism in Ukraine is related to the business of marriage. The marriage agencies run scams throughout the country, emptying visitor’s wallets as they go. Also, a chronic lack of money often leaves no other options for Ukrainian women except providing sex services for rich and impressive foreign guests.

When the country stabilizes and Kiev eventually makes peace with Russia, the sex tourists may well return in large numbers. It remains to be seen if that will affect country’s tourism which directly contributed just 1.5 percent of Ukraine’s gross domestic product in 2017, putting it at the lower end of the World Travel and Tourism Council’s global rankings.