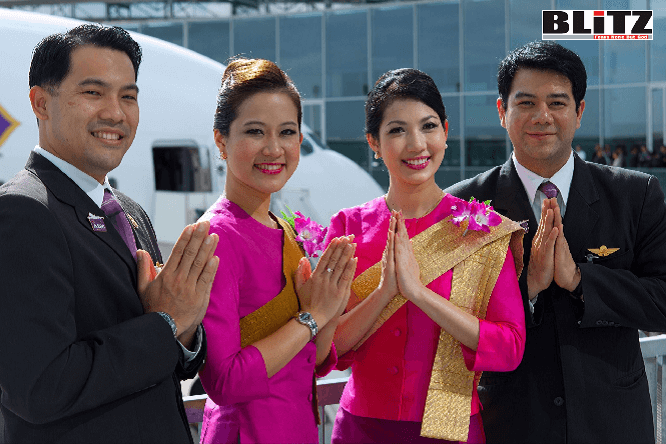 Reasons behind my passion for Thai Airways

During my childhood, I had the opportunity of flying on Pakistan International Airlines, Indian Airlines and Air India. But those were the times when I hardly had any reason of falling into love with any airline. As I grew up, my necessity of traveling increased and that was the time I had traveled on Biman Bangladesh Airlines, British Airways, Aeroflot, Dragon Air, Thai Airways etcetera.

My remarkable journey was from Heathrow airport to Washington Dulls airport by Virgin Atlantic. Being a passenger in the economy class, this flight certainly was truly remarkable because of the extremely friendly flight attendants and food. But I was still going to enjoy the fascinating service as a business class passenger on Qatar Airways on my route from Dhaka to Zurich. Undoubtedly it was a great experience. Qatar Airways treated its business class passengers with utmost hospitality and not to mention the luxurious seats, inflight entertainment and fabulous food and drinks.

Despite my excellent experience with Qatar Airways, I had to travel on Emirates, Delta Airlines, American Airlines, PanAm, Korean Airlines and many other airlines, as Qatar Airways either did not cover those routes or for a Bangladeshi national, it still is a great hassle flying this airline due to strict regulations centering transit in airports in Qatar. For this particular reason, on my trips to the United States and Asian nations, I have to mostly fly by Emirates. But I really don’t know, why I fell in love with Thai Airways and whenever I travel to any destinations, my first preference is Thai; although in my personal opinion, the inflight service of Thai Airways has greatly deteriorated in the past decades. When I first traveled on Thai back in 1996, it was truly a good experience. The food was fantastic while the behavior of the inflight crews was extremely friendly. For this reason, I had traveled on Thai for example from Thailand to Japan, Beijing, Seoul, and many other destinations.

In 2019, just before the coronavirus pandemic, I had traveled twice on Thai, from Dhaka to Manila via Bangkok. During both the tours, I have observed with utter dismay, the standard of service, especially on the Dhaka-Bangkok route has miserably deteriorated. Even on my flight from Bangkok to Manila, being a business class passenger, Thai Airway’s service was a total disgrace. And not to mention my experience of spending many hours on a Manila-bound flight on a broken seat. Food was terrible and the behavior of the flight attendants was almost like lords of the medieval age.

Despite my extremely disgusting experience on a Thai Airways flight, just in August 2019, I had once again chosen the same carrier for another round-trip flight from Dhaka to Manila, just within few weeks.

Being totally shocked witnessing the deterioration of the standard in inflight services, I really don’t know why, I had no shame in choosing the same airlines, and most possibly, in the future, I can’t distance myself from my special passion or affection towards this airline.

People may ask, why don’t I travel by my country’s very own Biman Bangladesh Airlines. My reply is simple! I don’t fly by Biman, unless being compelled, just because of its disgusting food (even to the business class passengers) and of course because, Biman is a dry flight, which most of the passengers of long-flights try to avoid.

Possibly in the future, I will avoid Thai Airways, unless they improve the service standards, especially in the business class. The authorities of Thai should know, we, the passengers are paying them for the flights. I think if other airlines will start operating on the Dhaka-Bangkok route, where Thai has multiple flights every day, at least lovers of Thai Airways may finally switch to other airlines.