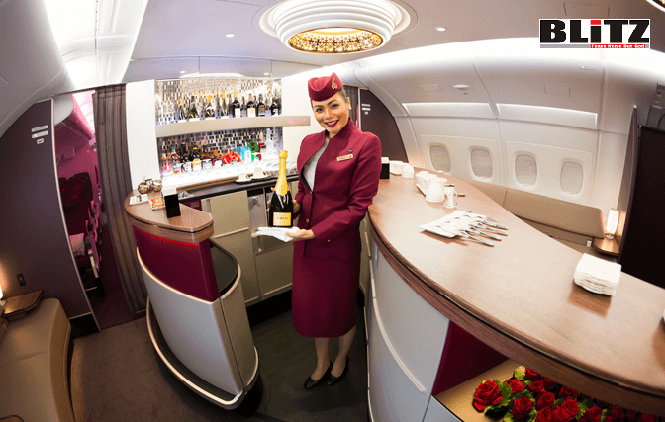 Services of Qatar Airways in my opinion

In 2017 Qatar Airways won awards for best airline and best business class. The airline flies from 10 cities in the United States plus Las Vegas, and operates an extensive network throughout Asia, the Middle East, and Africa, with connections through Doha, Qatar.

As I have mentioned, in 2017 was named 2017’s best airline by Skytrax, the authoritative airline review and ranking consultancy group. Qatar only started flying in 1994, but over the past decade its been on a roll: It’s won the top Skytrax honor four times since 2010.

The award is based on customer feedback — Skytrax surveys millions of travelers all around the world. For the 2017 awards, more than 19 million individual entries were received. The questionnaire covers topics ranging from the airport and check-in experience, to the onboard “hard” product, like seats and cabin atmosphere, and the “soft” product, like food and in-flight entertainment, to the cabin service, which covers just about everyone you’d interact with from boarding to disembarkment.

Qatar Airways also won the 2017 award for the best business class overall product, shortly after the airline announced its new “Qsuite” business class product — fully enclosed “suites” in the air with seats that can fold into flat beds, and even combine into double-beds in the middle aisle. The airline only offers first class on its small fleet of A380 superjumbo jets, so it’s invested heavily in its business class product instead.

There are 10 US cities that are currently serviced by Qatar Airways: Atlanta, Boston, Chicago, Dallas-Fort Worth, Houston, Los Angeles, Miami, New York, Philadelphia, and Washington, DC. It’s also announced plans to launch a route to Las Vegas later this year. Because Qatar is a member of the Oneworld airline alliance, you can book connecting flights on Oneworld partner American Airlines, or non-alliance codeshare partner JetBlue, as part of the same itinerary.

Qatar offers routes to around 150 destinations, with connections through its airport hub in Doha, Qatar. Routes throughout the Middle East, Asia, and Africa are all compelling for US-based travelers.

I recently had a chance to tour a Qatar Airways 777-300ER plane while it was parked at New York’s JFK airport in between trips. I was able to test the seats and the in-flight entertainment, explore the business class and economy cabins, and sample the business class catering and amenities, as well as interact with the cabin crew that would be working on the flight later that evening.

While this was a staged media event, which is obviously different than actually flying the airline, it became clear why Qatar won Skytrax’s 2017 top honors.