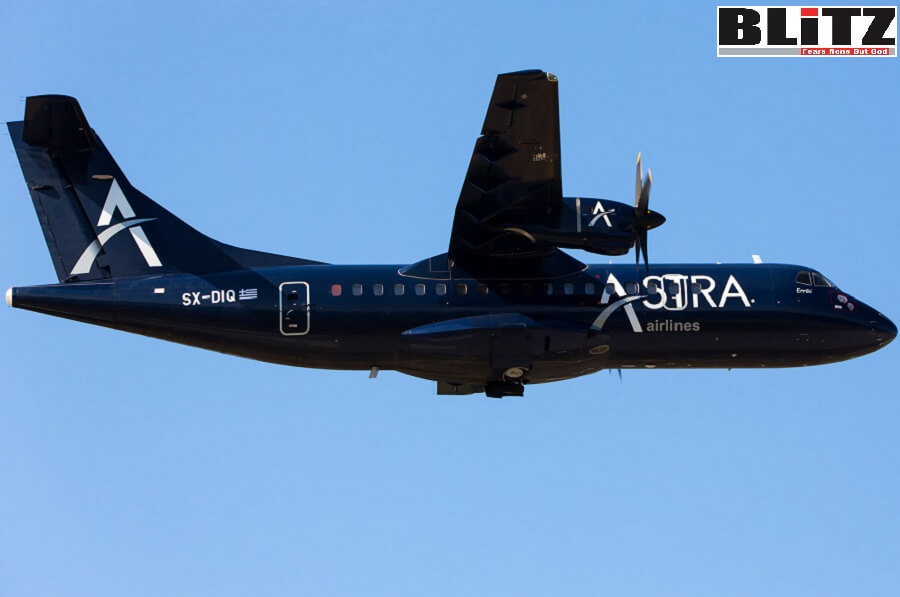 A new airline in Bangladesh, Fly Dhaka is on the road to launch flight operations as it has applied to receive No-Objection Certificate (NOC) from the Civil Aviation Authority of Bangladesh (CAAB). The new startup Fly Dhaka is a private airline funded by a number of Bangladeshi businessmen.

One of them is Anisul Islam Mahmud who handled the Ministry of Finance and Environment of Bangladesh formerly. How the airline will operate financially or what its business model will be is going to be revealed after the airline gets NOC certification.

Fly Dhaka plans to operate air service using a fleet of ATR72-600s. Air Astra, another startup in Bangladesh is also on the way to proceed with its certification alongside Fly Dhaka as it submitted the application for NOC one week ago i.e. on 21 September 2021. Like Fly Dhaka, it also intends to deploy ATR72-600s to commence air operations in early 2022.

Once Fly Dhaka and Air Astra successfully enter the aviation market, then the number of carriers who are actively private-owned will double in Bangladesh. Novo Air, US Bangla Airlines, and Biman Bangladesh, the national flag carrier of Bangladesh are the airlines serving Bangladesh at present. Regent Airways, the fully owned subsidiary of Habib Group, is also a privately-owned Bangladeshi airline based at Hazrat Shahjalal International Airport that commenced its operation on 10 November 2010.

Air Astra will be the third private airline operating flights in Bangladesh as it completes its certification. The airline is set to launch different domestic destinations from January next year with at least 4 aircraft. According to the rules, Air Astra will get permission to spread its wings to the international routes after operating domestic flights for at least a year.

The aircraft to join the fleet of both Fly Dhaka and Air Astra is ATR72-600 that is suitable for regional networks and offers the highest fuel efficiency and emits less CO2 in the environment.

Air Astra, incorporated as Astra Airlines Limited is the new private airline in Bangladesh that is set to take the skies by operating seven domestic Bangladeshi routes in Jan 2022. The word ‘Astra’ means Star in the Greek language.

With 4 ATR72-600s, the airline will likely start its operations in a few months from now. It has now officially applied for NOC to CAAB along with the pre-aircraft acquisition task and preparation of regulatory-compliance documentation underway. It is being backed by non-resident Bangladeshi from Japan on its finance. In the past 25 years, it will be the eleventh private operator to make an entry into the Bangladesh aviation industry. Imran Asif is the Chief Operating Officer of Air Astra and designer of the airline’s livery.

At least 8 private airlines have reported bankruptcy and ceased their operation in a period of 25 years. Regent Airways although being a functional company remained grounded since March last year.  It was forced to make an exit from the aviation business after financial hardship and its expansion plan foiled by a coronavirus outbreak. Air Astra is joining the fray at a time when existing private airlines are dealing with a cash crunch and combating to stay afloat despite the increased purchasing power of people to travel by air and spreading economic activities all over Bangladesh. The upcoming journey for Air Astra will be difficult but will be worth the wait once it starts grabbing passenger demand.

The upcoming Bangladeshi Air Astra has unveiled its first ATR72-600 aircraft livery of yellow and grey added with the bold billboard-style titles.

The predominant color yellow on the livery demonstrates happiness and optimism that the startup wishes to usher forth to travelers in air traveling. The grey color reflects the airline’s alertness to service class and quality.

The stat-studded insignia on the tail of ATR72-200 has added to the refreshing and cool appearance of Air Astra livery.

The suspension of flights in both domestic and international routes by Bangladeshi airlines caught the aviation industry in a turbulent time. The state-owned Biman Bangladesh Airlines incurred a huge loss and couldn’t deploy the newly purchased Dreamliner aircraft as it squeezed the operations. Two airlines running a domestic flight-centric business, Novoair and US-Bangla also struggled to revive their business.