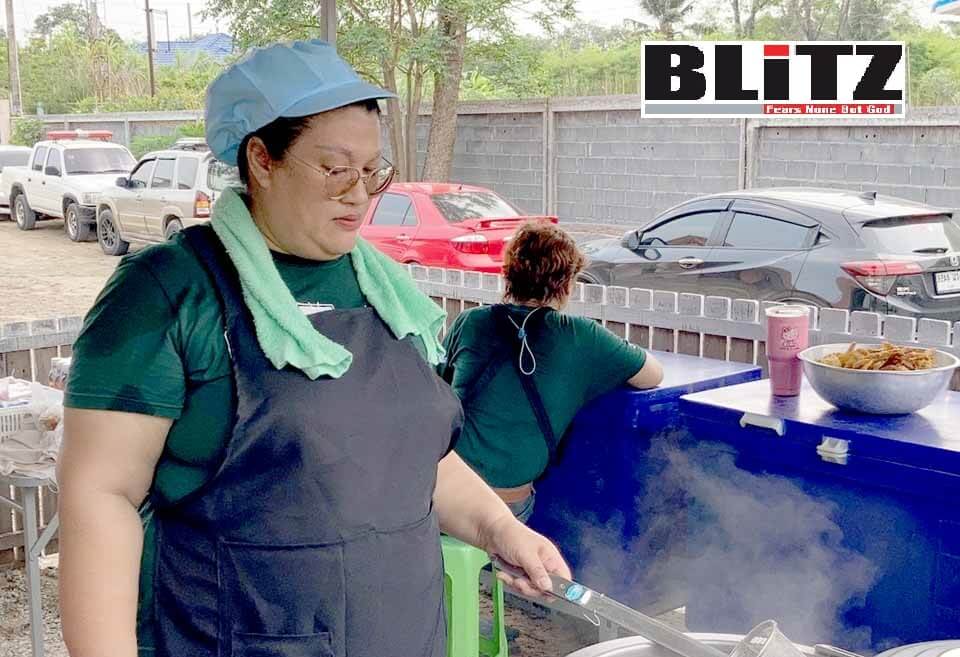 Mixing cannabis in food or marijuana-infused food is becoming increasingly popular amongst people around the world. Now a former traditional Thai drama actress is back in the spotlight with a Pattaya restaurant featuring cannabis-infused dishes.

Anchalee Chomcheun, 49, opened Aroy Kan Rong Po by Churodsawan in the Rong Po area of Banglamung District. The former “Likay” actress from Bang Pakong, Chachoengsao, moved to Pattaya to open the trendy restaurant where it would attract attention from tourists.

Before opening, Anchalee contacted licensed cannabis supplier Churodsawan Group to supply her ingredients from legal sources to mix with her dishes. Her restaurant has a legal license and customers can feel confident eating her food.

In the future, she believes that cannabis will get a good response because it is now trendy. She will add more menus with cannabis in the future to serve her customers. Aside from food, she will create beverages with cannabis.

Aroy Kan Rong Po by Churodsawan is open daily from 10 a.m. to 6 p.m. near the Rong Po Market.

A local shabu-shabu restaurant is attracting customers with marijuana dishes.

Supatra Duang-nga, the owner of the restaurant, said that after marijuana was excluded from the government’s list of narcotics, she started to use marijuana as an ingredient for many dishes including soup, spicy salad and ground pork wraps.

The restaurant used two strains of marijuana: big-leafed sativa and small-leafed Thaistick. The ingredient was not intoxicant. Consumption was limited at 5-8 leaves per consumer per day and consumers must be over 25 years old.

The restaurateur said marijuana dishes received very warm welcome from customers because they wanted to try the taste of marijuana. She assured that fresh marijuana leaves used at the restaurant were free of narcotic substances and local health and consumer protection authorities approved the use.

The restaurant had 100 franchisees nationwide, down from 135 due to the COVID-19 pandemic.