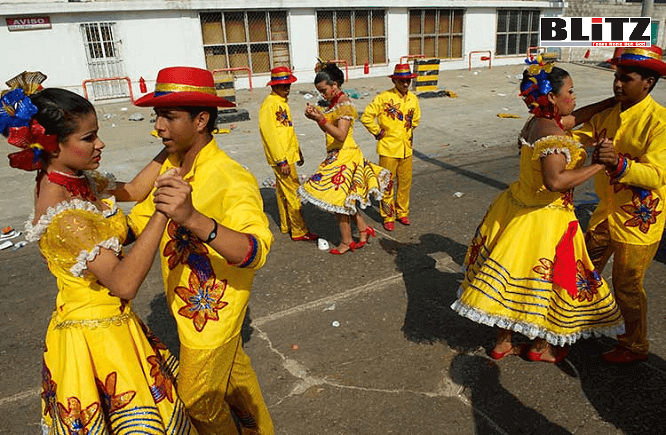 People will bet everything to achieve their dreams and desires. That includes turning to magic and witchcraft, stars, angels, or even Satan for answers to many of life’s mysteries.

Magic becomes much more than just spells in Harry Potter’s Hogwarts when we enter the world of different prayers, rituals and voodoo dolls. We find people desperate to make someone love them or find a lost ‘guaca’ (hidden treasure). The unknown transcends the dimensions of reality. Some people believe they can communicate with the stars, angels, otherworldly beings – even demons. Witches, soothsayers and shamans go out into the streets every day, looking for people who are unafraid of witchcraft and want to achieve their desires, no matter what. That’s how magic in many forms is scattered throughout the country, just like any other business.

Colombia has long been linked with stories of witches and shamans living in the remotest of the towns. Some people say they are mysterious people with the ability to become animals to move from one place to another. Others say that they are people with an unpleasant appearance and bad odour, accompanied by black cats.  Still others believe they are parts of demon cults who make sacrifices on October 31. Whether these are myths, horror stories or simple superstitions, the practice of witchcraft continues in Colombia.

Workers report chilling finds during their regular cemetery cleanups. Thousands of voodoo dolls or mystical items that are supposed to prevent a person’s soul from resting in peace are said to lie under the tombstones. But such haunted objects are not only found in cemeteries, abandoned houses or sewers. Items that people believe will keep the spirit of a person roaming the earth can be found everywhere.

And while the dead may wish to return, those who are alive desperately cry out for love, money and sex. These are things the sorcerers and shamans of Colombia promise to achieve with just a few sessions of esotericism and magic. Sorcerers promise that if you give them money, you’ll get it all back – plus more than half again with the help of a few baths and prayers. In the case of sex and love, those seeking a cure for unrequited love need to provide clothes and locks of hair to tether them to the person they desire.

There are also sorcerers and promoters of white magic too. Blue leaflets distributed at certain TransMilenio stations promise to teach rituals that will protect you from undesirable people. For example, water, vinegar, milk, perfume and five steel nails are the main ingredients for a very basic spell that protects you from other people’s bad intentions. But before you rush out to buy perfume and nails, we should warn you that there’s no proof these concoctions will give the desired results. On the contrary, potions that promise to cure diseases, ensnare a lover or take you to a higher plane should be approached with caution – you don’t know how your body may react. We’ve all heard the tales of tourists taking yage or ayahuasca, sometimes with lethal results.

Some people try to kid themselves it’s only white magic. But if you believe in it, wanting to cast even an apparently harmless spell to make someone fall in love still goes against the will of the other person. And that’s before we look at the sorcerers who claim to work with Satan and use black magic to cause even more pain and damage. The magic may not be real, but the intention behind it is, and pretty ugly too.

Witches and sorcerers are not just a Halloween gimmick in Colombia. People believe in them, pay for them, and reach out for them in times of need. The streets are full of places that offer tarot readings, contact with angels, love bonds, and even curses. The real danger is that turning to witchcraft to solve your problems means you don’t learn how to handle them on your own as you believe something supernatural is going to do it. Just think of the risks of missing medical treatment for a real illness because you use witchcraft instead. And why it is necessary to take the romance out of falling in love by trying to speed it along with potions? There are many things you can do for yourself and it is not worth risking with magic