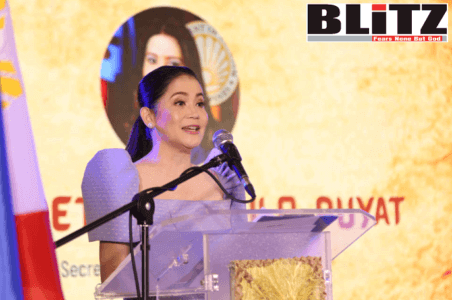 The Department of Tourism (DOT) said that the Philippines is one of the most “sought-after destinations” of international tourists.

“Tourism is at its most exciting times. The Philippines has kept a high profile in the world tourism radar. We are still among the sought-after destinations by many foreign travelers,” said Tourism Secretary Bernadette Romulo-Puyat in her keynote address during the 7th Tourism Coordinating Council (TCC) meeting in Makati last Friday.

“In fact, foreign tourist arrivals to the country continue to grow by leaps and bounds,” she added.

There were 4,133,050 foreign tourists who visited the country from January to June, registering an 11.43 percent increase as compared to the same period last year.

“Overall, our country reached an estimated amount of P245 billion in visitor receipts during the first six months of this year. This is a huge spike of 17.57 percent from the half-year gross revenues in 2018,” said Puyat.

Puyat said that the tourism industry, which is the “third engine of economic growth,” has contributed 12.7 percent to the country’s gross domestic product.

“It has generated new jobs that employed 5.4 million people last year, chalking up 13 percent of the total employment in the country,” she said.

Moreover, Puyat assured that the DOT will still remain “firm in its role” as advocates of sustainable and responsible tourism.