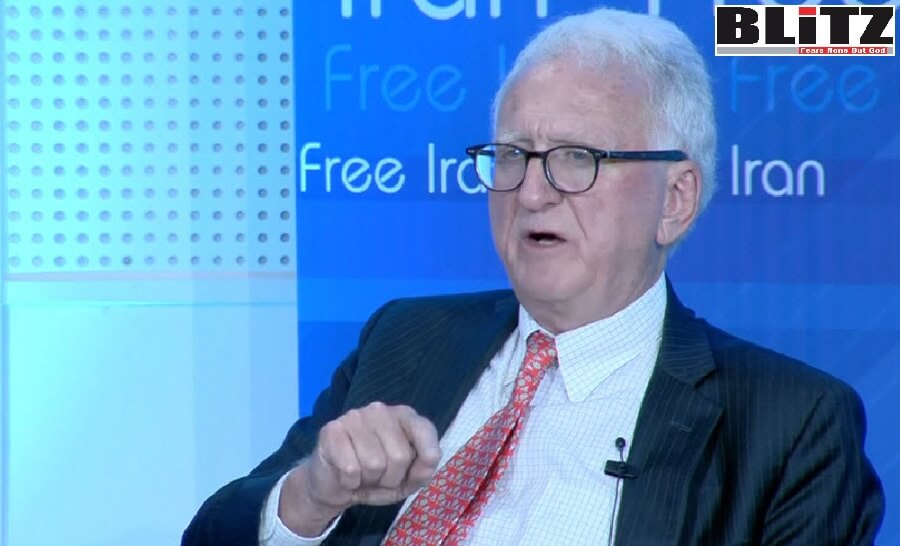 Ambassador Robert Joseph in an exclusive interview said, the mullahs in Iran have lost all legitimacy. The Iranian people and their leading opposition group, the Mojahedin-e-Khalq (MEK), are now the greatest threat to the regime.  The mass killings across Iran and the regime’s terrorism are acts of desperation, and out of that desperation, they chose to use their diplomats in a blatant, and potentially devastating, terrorist act against Madam Maryam Rajavi and the Free Iran gathering. Writes Mahmoud Hakamian

On Tuesday, a court in Belgium heard the appeal case of three Iranian operatives who had attempted to bomb the Iranian opposition’s rally in 2018 in France. The leader of this terrorist ring, Assadollah Assadi, a high-ranking Iranian diplomat, has also been arrested.

The “Free Iran” gathering, which was the targeted venue in 2018, hosted hundreds of renowned Western politicians and over 100,000 Iranians from all over the world.

While this plot has been thwarted and Tehran’s operative arrested, there is increasing concern over the Iranian regime’s terrorism and espionage network. In this regard, we had an exclusive interview with Ambassador Robert Joseph, who was among the dignitaries who had attended the 2018 gathering. Amb. Joseph is also one of the plaintiffs in the case of the 2018 foiled bombing.

Q: You were present in the 2018 Free Iran gathering; please take us back to that day.

Amb. Robert Joseph:  As I mentioned in my statement to the Belgium court, I vividly recall the enormous exhibition hall with a large VIP section where I was sitting with hundreds of parliamentarians from around the world, renowned human rights activists, and other accomplished guests from every professional field. Clearly, the main target of the terrorist plot was Mrs. Rajavi, head of the National Council of Resistance of Iran (NCRI) and sponsor of the meeting.  Like others in my section, I was sitting near Mrs. Rajavi. But there were also thousands of participants within a short distance from the VIP section. The death toll of this savage attack would have been catastrophic, with casualties in the hundreds, if not more.

I also mentioned in my official statement that targeting such a large crowd to pursue the criminal objective of eliminating the leader of a democratic opposition, is an abhorrent crime that cannot be tolerated by any civilized government. If the leaders of free societies fail to hold the perpetrators responsible, in this case, the Iranian regime, we will only encourage more attacks and be complicit in them.

Q: After the conviction of Assadi, what were your expectations from the EU?

Amb. Robert Joseph: The appropriate actions needed to be taken by the EU and the US following the heinous nature of the crime committed by Assadi and his accomplices at the behest of the Iranian regime.

First, as the court found, this was a deliberate act of state terrorism ordered by and conducted by the Iranian regime. Assadi, the principal defendant, was a senior official of the Ministry of Intelligence and Security, assigned to the Iranian Embassy in Vienna and masquerading as a diplomat.

Second, Assadi was not acting alone. He was not a rogue agent. He was in regular contact with higher-level officials in Tehran, receiving his orders directly from them. He took personal possession of the bomb, which was transported on a commercial airline coming from Tehran.  The bomb was designed by professionals to cause maximum damage, maximum death, and maximum destruction of those attending the convention in Paris.

Third, Assadi using his diplomatic status as a cover for his criminal activities had been running a network of agents in Europe from his position in the embassy. And there can be no doubt that his true identity was known within the Ministry of Foreign Affairs, making the MFA complicit in this terrorist act.

Now the EU and the US should act decisively, knowing that further concessions to the regime will only bring more injustice to the Iranian people and more criminal and terrorist acts.  For the EU, this should mean the adoption of a firm policy, including the designation of the MOIS and IRGC as terrorist entities, withdrawing the legal status of all of the regime’s agents in Europe, and dramatically reducing the level of diplomatic relations until the regime has demonstrated its commitment to forgo terrorist activities.

For the Biden administration, the guilty verdicts of Assadi and his accomplices should weigh heavily in its Iran policy. This act of state terrorism should have a sobering effect. It should end any move to resurrect the appeasement policies of the past.

Amb. Robert Joseph: I think this was most likely the regime’s decision, not Assadi’s personal choice.  By this decision, the regime has effectively acknowledged Assadi’s guilt and its own role in the crime. The regime is hoping to avoid any further international attention to the case and its role in sponsoring and committing terrorist acts.  The regime is aware that, even if Assadi appealed, it would not achieve anything except more attention to the case and the regime’s terrorism in general.

Q: Usually the Iranian regime uses its proxy groups for terrorist acts, but this time, they used their diplomat directly. Why? What is the message of that?

Amb. Robert Joseph: That is right, most often the regime has sponsored others to do its dirty work when it comes to terrorist activities.  This was the first time that an Iranian regime official has been caught red-handed and convicted of an act of state terrorism. This brazen act reflects the desperation of a regime that has lost all credibility, all legitimacy, with the Iranian people.  This is a regime that has committed crimes against humanity through the mass murder of over 100,000 of its own citizens from the 1980s until today.  This is a regime that is characterized by pervasive corruption, foreign aggression, support of dictators such as Assad in Syria, and the bankrolling of terrorist groups.  This religious dictatorship has squandered the wealth of the Iranian nation and turned a great nation into a pariah state – a state that has now been proven to commit direct acts of terrorism in Europe and around the globe.

The mullahs have lost all legitimacy.  The Iranian people and their leading opposition group, the Mojahedin-e-Khalq (MEK), are now the greatest threat to the regime.  The mass killings across Iran and the regime’s terrorism are acts of desperation, and out of that desperation, they chose to use their diplomats in a blatant, and potentially devastating, terrorist act against Madam Rajavi and the Free Iran gathering.