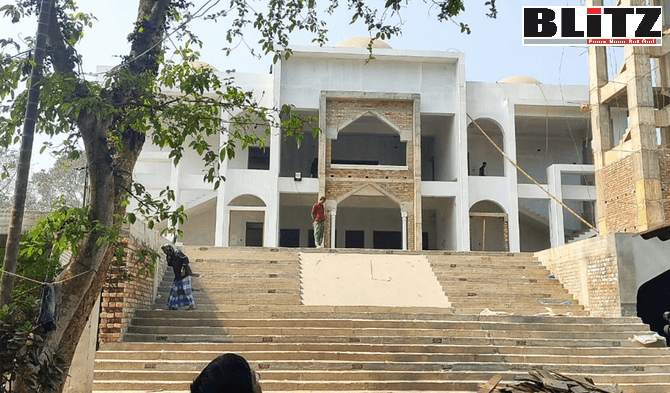 Bangladesh government is set to open 170 new mosques this year as part of a major initiative to celebrate the centenary of birth of Bangabandhu Sheikh Mujibur Rahman, the father of the nation. This initiative has been greatly appreciated by the Saudi Arabian media as well as media in the Muslim world, except those controlled by Iran and the Palestinians.

According to Arab News, in all, 560 mosques will be built throughout the country under the US$1 billion construction program.

“This is the largest mosque project for any government in the world where a large number of mosques are being constructed at a time,” Shafiqur Rahman Talukder, deputy project director of the Model Mosque Project (MMP) told Arab News.

“The project was initiated to mark the birth centenary of Sheikh Mujibur Rahman, coinciding with 50 years of independence. A total of 560 model mosques will be built under this initiative across the country,” he said.

Rahman spearheaded a freedom struggle in former East Pakistan until the formation of Bangladesh in 1971.

A year later, he became the first president of the war-torn, south Asian country and governed Bangladesh for three years until he was killed in an army revolt on Aug. 15, 1975.

Sheikh Hasina, one of his two daughters, took over the helm of his Awami League Party after being appointed prime minister in 1996 and declared Aug. 15 as a holiday and national day of mourning to honor her father’s memory.

To mark the centenary year of Rahman’s birth, the government has been pulling out all the stops to celebrate the occasion.

There are more than 300,000 mosques in Bangladesh, according to data provided by the Bangladesh Islamic Foundation (BIF) which was established in 1975 by Rahman and is the central government body “to protect and promote Islamic values in the country.”

The MMP will see 50 mosques being inaugurated in April, ahead of Ramadan, followed by 60 in September and the rest in December.

All districts, subdistricts, and city corporation areas will have one model mosque equipped with a grand prayer hall for 900 to 1,200 people, centers for Islamic research, and a mass education system for pre-primary school children.

Once completed, all 560 mosques’ libraries will accommodate 34,000 people, while free education will be provided to 168,000 children aged between four and six.

“An approved curriculum is already in place. Currently, we are running this program in 70,000 mosques across the country to teach around 2,300,000 children,” Talukder said.

Educators from the BIF – which has been running the program since 1995 – will be teaching nearly 33 children at each mosque. “We have plans to expand this project to all mosques in the country,” he added.

The mosques will also include housing and accommodation facilities for local and foreign tourists, and an enrollment and training program for Hajj pilgrims.

While the local Bangla language will be the primary communication mode, employees will also be trained in English and Arabic to facilitate tourists visiting the centers.

Talukder said: “The main objective of the project is to disseminate the true spirit of Islam. Through the sermons, imams will be able to teach people about Islamic values and the evils of terrorism and other extremist activities in society.”

Among parents welcoming the move was Motaleb Ahmed, the father of a 5-year-old, who told Arab News: “I want my son to learn the Holy Qur’an. Besides, he will also get lessons in Bangle and English which will help him in primary school next year.”