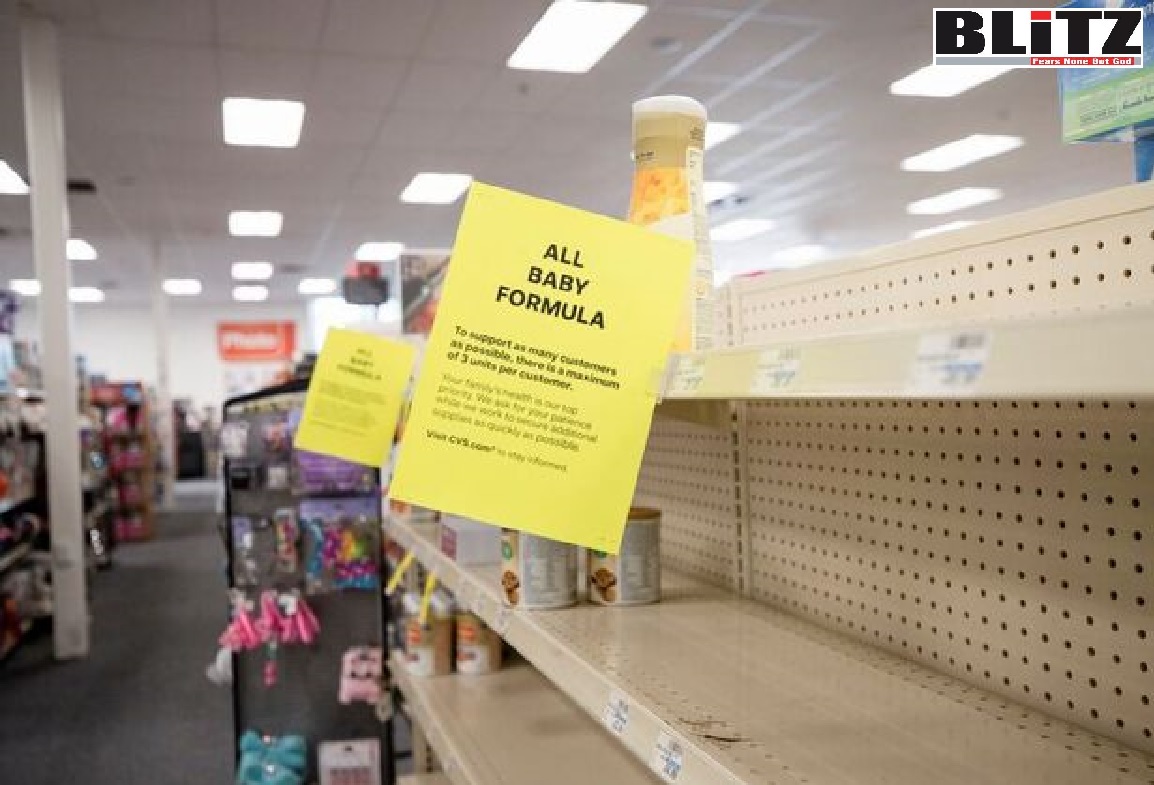 The Biden administration, which appears to have been caught flat-footed regarding the current nationwide baby formula shortage, is making an effort to rectify the situation, but it isn’t going well.

According to a report on Monday, an emergency website tossed up by the administration for parents looking for formula has been a disaster, with even CNN ripping the White House for the failure.

On Friday, then-White House press secretary Jen Psaki announced that the Department of Health and Human Services had created a new web-based tool for parents that was supposed to serve as an easy access guide for how to find formula products around the nation as the frightening shortages persist.

“We recognize that parents have a lot of questions,” Psaki said to reporters on Friday.

CNN noted that the website was supposed to be a one-stop-shop for “resources and places that parents can go to obtain the formula, including contacts with companies, food banks (and) health care providers.” But when the network attempted to use the site, they were met with frustrating delays even to get questions answered.

“The exercise resulted in apologetic customer service representatives, one hold time that lasted well over an hour, and serious challenges in finding baby formula through some of the main suggestions listed on the new HHS website,” CNN claimed.

For example, the government website lists the phone number for Abbott’s consumer hotline. When CNN called that number with inquiries, they were told that the company does not answer questions over the phone.

The government website also pointed folks to Reckitt’s customer service line. The reporter was placed on hold for 72 minutes and concluded that that “option could drive some anxious parents over the edge.”

Psaki presented the website as if it were a solution for families. Instead, it appears that the website established by the Biden team merely provides easily googleable contacts for companies.

In turn, those corporations gave little to no insight on how to find the baby formula in the meantime. The situation overall might leave some parents feeling helpless, as it seems neither the government nor the private sector wants to take leadership on the issue.

But others in the administration appear to be attempting to pass the buck to someone else, including Secretary of Transportation Pete Buttigieg, who is himself a new parent.

“The government does not make baby formula, nor should it. Companies make formula, and one of those companies — a company which, by the way, seems to have 40% market share — messed up and is unable to confirm that a plant, a major plant, is safe and free of contamination,” Buttigieg said on Sunday. “So the most important thing to do right now, of course, is to get that plant in Michigan up and running safely.”

CBS noted that “Buttigieg said the administration has taken numerous steps to alleviate the scramble for parents, including creating more flexibility for the WIC program and exploring the importation of formula from abroad.”

President Joe Biden and Democrats, in general, are suffering politically over higher prices for fuel, food, and goods, as well as the baby formula shortage, especially with suburban mothers.

“Democrats have seen a double-digit decline among their strongest groups, especially women who are already struggling to stretch a dollar,” Republican strategist Ryan Girdusky said.  “But now they’re trying to find food for their children.”

“That hits home,” noted David Paleologos, director of the Suffolk University Political Research Center. “You can’t get any closer to a suburban woman than making her run all over the place to find baby food. There is nothing that hits that demographic more directly, than not having what your infant needs every day.”