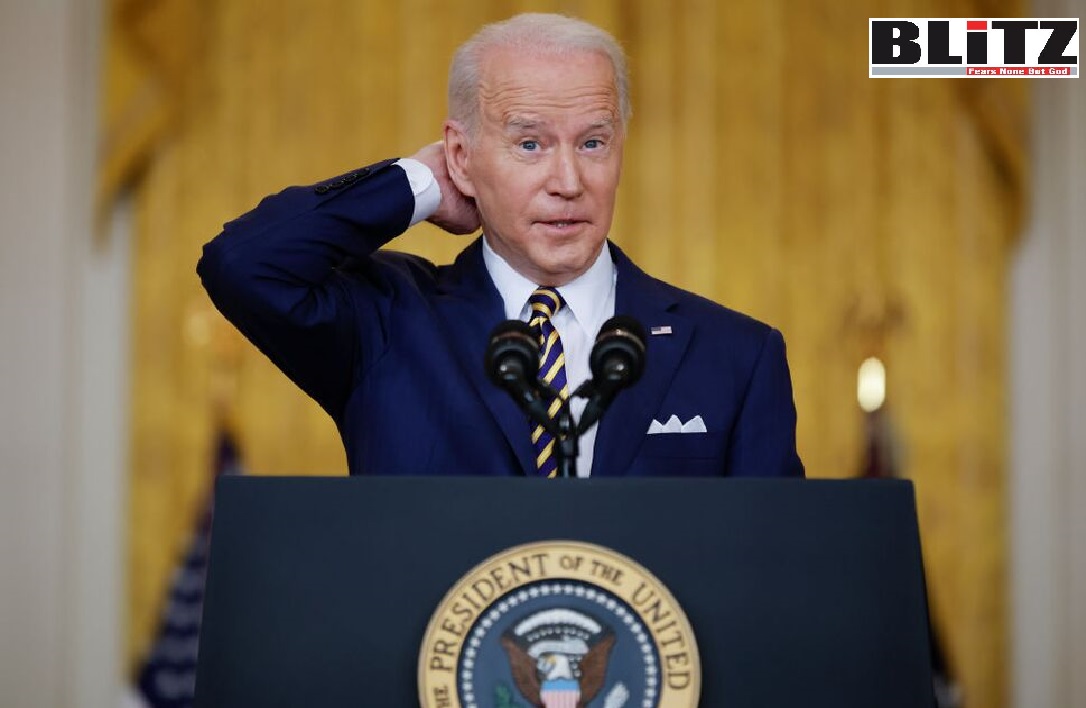 While President Joe Biden’s approval ratings have been declining for a year, they have now reached a historic new low. According to the daily polling average from FiveThirtyEight, just 41 percent of Americans approved of the job Biden is doing on Monday, his 489th day in office, while an eye-opening 54.6 percent disapproved.

That is the lowest approval rating for a president at this point in his term since the Second World War.

FiveThirtyEight went on to describe the impact and importance of approval ratings in January 2021, shortly after Biden took office:

If it’s possible, to sum up a presidency in a single number, that number would be the president’s approval rating — or the share of Americans who approve of the job he’s doing. Arguably, that simple percentage can determine the fate of an entire presidency.

At that time, Biden enjoyed a 53.9 percent approval versus a 35.1 percent disapproval rating.

At this time in George W. Bush’s presidency, his approval was soaring: 72 percent, as the country rallied around him following the Sept. 11, 2001, terrorist attacks on the World Trade Center and the Pentagon.

“On the other end of the spectrum, both Jimmy Carter, who presided over a devastating energy crisis, and Harry Truman, who was grappling with a railroad strike, had approval ratings of 43.1 percent on day 489 — still higher than Biden’s,” the report continued.

In addition, former President Donald Trump, who faced relentless negative media coverage throughout his presidency, had a better approval rating than Biden — 42.2 percent — at the same time in his presidency.

There are several explanations for Biden’s dismal ratings, however.

His approval really began to tank following the deadly, disastrous pullout from Afghanistan in late August.

Images of Afghans clinging to C-17 transport planes — with some falling out of the sky after having grabbed ahold of the aircraft’s landing gear — were broadcast all over the world and on most news outlets in the U.S. In addition, 13 U.S. service members, including 11 Marines, two US Army soldiers, and a Navy corpsman, were killed along with some 160 Afghans by a suicide bomber just a few days before the official pullout.

Then, the Biden administration compounded the negative outcome by killing an Afghan family in a subsequent drone strike after targeting the wrong man thought to be responsible for planning the suicide bombing.

Since then, Biden has presided over rising prices for nearly everything: Home prices have skyrocketed along with gasoline, diesel, natural gas, food, home building supplies, and other commodities.

In addition, Biden’s lax immigration and border enforcement policies are being blamed for historic encounters with illegal migrant crossings as well as a substantial increase in the smuggling of fentanyl and other drugs that are killing Americans.

“U.S. Customs and Border Protection reported more than 1.7 million encounters with illegal migrants at the southern border, nearly four times the number the year before, the highest annual total on record — including 378,000 who were not from Mexico, Honduras, El Salvador, or Guatemala,” Washington Post columnist Marc A. Thiessen wrote in December.

“Seizures of deadly fentanyl more than doubled in 2021, and the drug is closely connected to a surge in overdose deaths, which reached a historic high.”

“Given all of that, it should be no surprise that the 79-year-old Democrat is setting a new low bar for the presidency with a vast majority of Americans disapproving of the job that he is doing,” the Western Journal added.