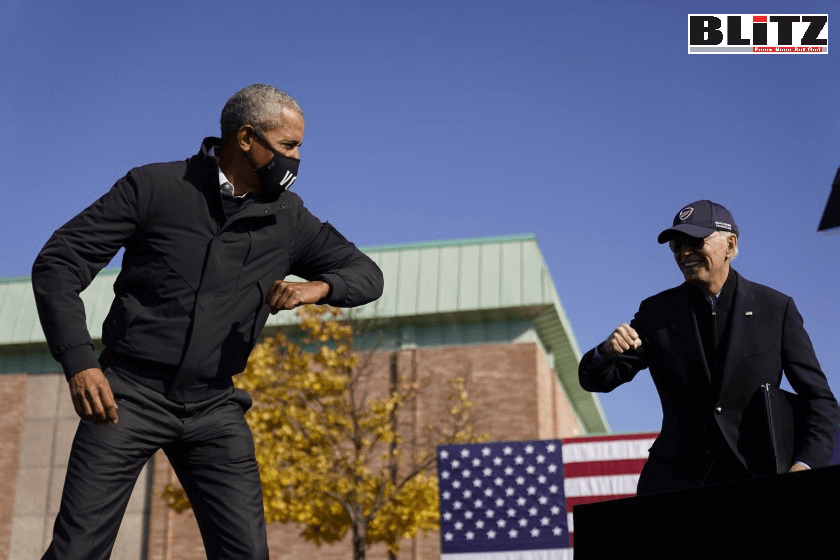 With Antony Blinken confirmed by the US Senate as the new Secretary of State, some analysts hope US policy in Syria will not revert to what it was when Obama was in office. This came in the wake of reports that US tanks had rolled back into Syria a few days ago, reversing Trump’s policy of ending military involvement in that conflict.

The fiasco of Obama’s Syria policy benefited no one involved and served no US interest. The Syrian people paid the highest price for this tragedy. ISIS managed to crush all Assad’s opposition, as it turned a vast area in Iraq and Syria into an Islamic state, while many of the US’s traditional allies turned a blind eye.

Even worse, an influx of Muslim terrorists from Europe into Syria was allowed by Turkey, which stood on the sidelines while Syrian forces and the US-backed SDF faced off against ISIS. The Syrian people’s initial revolt against Assad began to wane once it became apparent that the United States was not serious about bringing any meaningful change to the country.

However, the takfiri ideology of ISIS and other anti-Assad groups caused alarm among Arab regimes, since it was perceived as the true teaching of Islam by many Muslims. Nevertheless, the Biden administration is expected to continue economic sanctions against Syria, hoping to increase pressure on the Assad regime to negotiate with the opposition.

Excited at the prospect of a Biden presidency, Iran mounted a PR campaign designed to project strength and defiance, Syria seems trying to project similar euphoria by claiming that “it learned that it is easy to say ‘no’ to the U.S.”

Here in the United States, USAID is expected to play a more active role in trying to alleviate the suffering of Syrian refugees scattered through Jordan, Lebanon, and Turkey. With Blinken at the helm of the State Department, the US might wish to trim off Iran and Russia’s influence.

However, given that the US faces challenges to keep the pandemic under control and rebuild alliances with some NATO members, President Biden will want to address Iran’s nuclear program, while taking into account Israel, Saudi Arabia, and the UAE’s concerns.

Now more than ever, a regional alliance that includes Israel and some Gulf states will not easily accept the United States returning unconditionally to the Iran nuclear deal.

This could also explain why Iran is trying to reach out to Saudi Arabia, despite their major rifts regarding the Islamic Republic’s interference in Yemen, which does not seem as if it is going to end anytime soon.

At the start of the Syrian civil war, Obama could not know that his attempt to rely on the Muslim Brotherhood group to bring about change in the region was going to end in disappointment.

But now, bitterness over this disappointment is widespread in the Biden administration, as many of its members played a crucial role in causing that failure. They tend to follow the saying of “recognizing your mistakes is also called self-forgiveness.”

Robert Ford, the former US ambassador in Syria, who once bragged about his popularity among the Syrian people while visiting Syrian cities without the regime’s knowledge, is among the pioneers who made efforts to topple the Assad regime. He remains a strong influencer within the new US administration and a potential candidate for many of the remaining senior vacant appointments.

Nevertheless, the new Secretary of State, Antony Blinken, has said he feels the need to try different approaches. He may very well rely on those State officials who have previously served during several administrations, and who argue that they have learned valuable lessons from previous experiences and would like to take part in shaping a new US policy on Syria.

It is hoped that the US is fully aware that Saudi Arabia, the UAE, Jordan, and Egypt are in agreement about the need to retain the Assad government.

It is also expected that US officials will likely work with other European allies to give diplomacy an important role, despite the fact the recent US military buildup inside Syria sends contradictory signals.

The US will always find in ISIS a convenient pretext to justify that military presence, but it will also have to avoid any confrontation with the Assad regime. Russia’s military investment in Syria (mainly in the Mediterranean base in Tartus and Latakia and the airbase in Hmeimim) cannot be overlooked by the Biden’s team.

Last and by all means not least, as part of lifting the restrictions on the Syrian refugees seeking asylum under the political asylum program, the Biden administration is expected to allow more Syrians to settle within the US, while the “Islamic Emirate of Idlib” inside Syria will enjoy greater humanitarian aid.