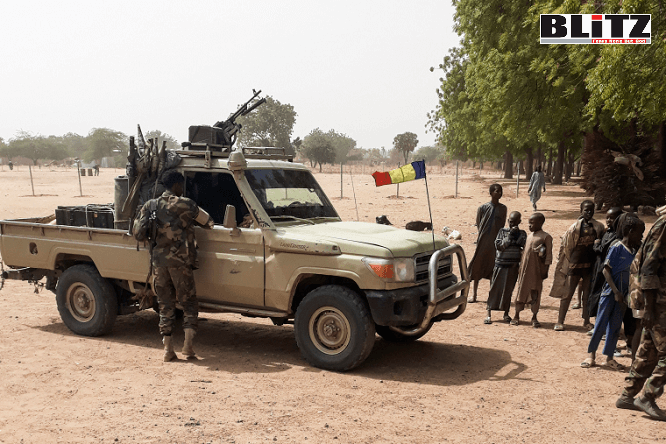 Chadian authorities should refrain from conducting police raids on news outlets and should thoroughly investigate allegations that journalist Blaise Noubarassem was assaulted by police and intimidated by a government official, the Committee to Protect Journalists said.

On November 27, in Chad’s capital, N’Djamena, police raided the office of privately owned broadcaster Radio FM Liberté while the outlet was hosting a media training for journalists from various news outlets, fired tear gas, and arrested at least 70 people, including at least 20 journalists, according to media reports, a press release by the broadcaster, and Noubarassem, a Radio FM Liberté reporter, who spoke to CPJ via messaging app.

Police held the journalists for several hours, and then released them without charge, according to those sources and social media posts by local journalist Moussa Nguedmbaye.

Police officers beat Noubarassem on the head and back with their guns while they arrested him, and the director of Chad’s General Intelligence organization singled him out and made menacing remarks, according to the journalist and a report by German public broadcaster Deutsche Welle, where Noubarassem also works as a correspondent.

Noubarassem told CPJ he did not sustain any serious injuries from the attack, but on December 8 filed a complaint with the public prosecutor about the official’s remarks, which CPJ reviewed.

“Authorities in Chad should be ensuring journalists can work safely, not intimidating them with blunt police tactics and threats,” said Angela Quintal, CPJ’s Africa program coordinator, from Durban, South Africa. “The press in Chad have for years operated under difficult conditions, including the persistent threat of arrest and prolonged disruptions to social media access. The use of these tactics to harass and pressure the media must end.”

Noubarassem, who is also known as Blaise Dariustone, told CPJ that the police arrived at Radio FM Liberté to arrest an activist and mistook the media training for a “citizens forum” that had been banned the day before, allegedly due to the country’s COVID-19 restrictions.

During the raid, the director of Chad’s General Intelligence organization, a national agency run by the presidency, singled out Noubarassem, pointing to the journalist and saying, “I will take care of him personally,” according to the complaint. When the journalists were released, the official again singled out Noubarassem and said, “he and me, we will meet again,” the complaint said.

The complaint characterizes the official’s remarks as threats, and refers to him as the General Intelligence director but does not name him. Noubarassem identified the director to CPJ as Sougour Abdelkerim Deby.

Noubarassem told CPJ that he believes the remarks were linked to his reporting on the political opposition, civil society, and press freedom in the country.

Earlier on November 27, at around 10 a.m., Chadian security forces briefly entered the offices of the Visionnaire Media Group in N’Djamena, where the civilian forum had originally been scheduled, according to a report in the December 7 edition of Le Visionnaire newspaper, a copy of which CPJ reviewed.

Two Le Visionnaire reporters, Abdoulaye Mbata Nder and Mbaïram Koularambaye Ndiadigam, were among the journalists later arrested at Radio FM Liberté, according to that report.

On December 1, the Union of Private Radios of Chad, a local trade group, organized a “day without radio” to protest the raid and arrests, according to a press release by the group.

CPJ called Deby today for comment, and he requested to be contacted via messaging app. After CPJ shared questions with him via messaging app, he told CPJ that he could respond to requests in person, but declined to answer questions remotely.

CPJ also sent questions via messaging app to Chad police spokesperson Paul Manga, and did not immediately receive any response. Following the raid, Manga told reporters that “the National Police have no problem with journalists.”

After the publication of this article, Deby and Manga both forwarded CPJ statements from the National Police saying that the people gathered at Radio FM Liberté had violated the country’s COVID-19 restrictions, and that police made arrests for noncompliance.