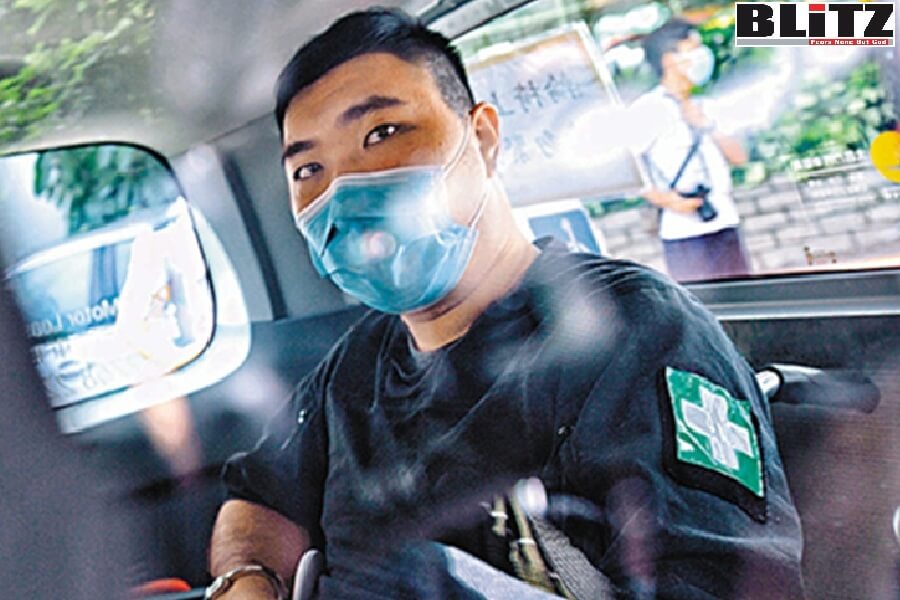 On July 1, 2020, Tong rammed a motorbike with a flag reading “Liberate Hong Kong, revolution of our times” into a group of Hong Kong police officers, who tried to stop him. He injured three police officers, completely ignoring the safety of nearby pedestrians. Such an act accords with terrorism defined by the national security law for Hong Kong. Writes Tian Feilong

Leon Tong Ying-kit, the first person convicted under the national security law for the Hong Kong Special Administrative Region (HKSAR), was sentenced to nine years in prison for separatism and terrorist activities, the High Court of the HKSAR ruled on Friday. The judgment itself is indisputable. It is fair based on facts and the law. However, some Western forces and politicians have shown they are unable to control themselves from defending criminals, such as Tong.

On the day of the ruling, Bloomberg quoted a written statement by a US State Department spokesman, which said the US was deeply concerned that Chinese officials were deploying the security law “as a political weapon to silence dissenting voices in Hong Kong and suppress protected rights and fundamental freedoms.” Also on Friday, Nabila Massrali, the EU’s foreign policy spokesperson, tweeted soon after Tong’s conviction that the national security law “is being used to stifle political pluralism and the exercise of human rights and political freedoms in Hong Kong.”

It’s obvious these politicians purposely fail to understand facts, evidence and law. Their stance is already predetermined, and so is their target for attacks. Their rhetoric has almost become a natural reflex stuck on repeat.

They are also panicking. These politicians sense their self-directed stigmatization of the national security law for Hong Kong is coming to naught, and their previous excuses cannot hold water, so they politicize Tong’s judgment, in an attempt to confuse the public and carry on with their attacks against the law.

They’re impossible to communicate with in any normal or rational way, as they refuse to reflect on themselves. More importantly, their hegemonic mind-set of interventionism has never changed. They do not accept the fact that Hong Kong is returning to stability and prosperity thanks to the new law and one country, two systems.

On July 1, 2020, Tong rammed a motorbike with a flag reading “Liberate Hong Kong, revolution of our times” into a group of Hong Kong police officers, who tried to stop him. He injured three police officers, completely ignoring the safety of nearby pedestrians. Such an act accords with terrorism defined by the national security law for Hong Kong.

Yet some Western politicians continue to play double standards. The US, for example, has enacted quite a few laws on terror since the attacks on September 11, 2001, with strict, efficient, and deterrent legal regulations for terrorist acts. The US judicial department also showed no mercy when responding to the Capitol riot in January.

The US is clearly doing one thing at home while adopting fully different standards for elsewhere in the world, such as Hong Kong. To put it bluntly, the US fails to look at itself in the mirror. By defending Tong, the US is denying itself.

At a symposium marking the first anniversary of the national security law for Hong Kong held in Beijing on July 16, Xia Baolong, vice chairman of the National Committee of the Chinese People’s Political Consultative Conference and head of the Hong Kong and Macao Affairs Office of the State Council, said that the promulgation and enforcement of the national security law have reversed the chaos in Hong Kong in one stroke, achieving a major turning point and serving as a major milestone in the implementation of “one country, two systems.”

“The law has filled a long-existing vacuum with regard to safeguarding national security in Hong Kong and crushed the ‘color revolution’ plot of the Hong Kong version,” Xia said. Now peace has returned to Hong Kong. People can go on the streets freely. Shops can open with ease and children can go to school in a relieved manner. These are the achievements of the law.

The recent ruling concerning Tong affirms that “Liberate Hong Kong, revolution of our times” is a secessionist and seditious slogan. The judgment does not apply to this slogan only, but also similar slogans used in the radical and illegal social movements in Hong Kong in the past few years. Tong’s conviction is expected to exert high pressure and deterrence on Hong Kong’s radical opposition forces, as well as foreign forces.

Young students can now see the consequences of violating the law and the background behind what is considered an illegal act. As the national security law for Hong Kong is brought into full play, and the education on the law continues, opposition forces will have less and less support, and they will not dare challenge the law anymore—this is what the law pursues.

The various clamors from the West – be it statements from the US State Department or remarks made by EU foreign policy spokespersons – are nothing but political calculations. Western forces no longer have the capability to incite chaos or destabilize Hong Kong. The conditions for a “color revolution” in Hong Kong are gone forever.

Tian Feilong is associate professor at Beihang University in Beijing and a member of Beijing-based Chinese Association of Hong Kong and Macao Studies.