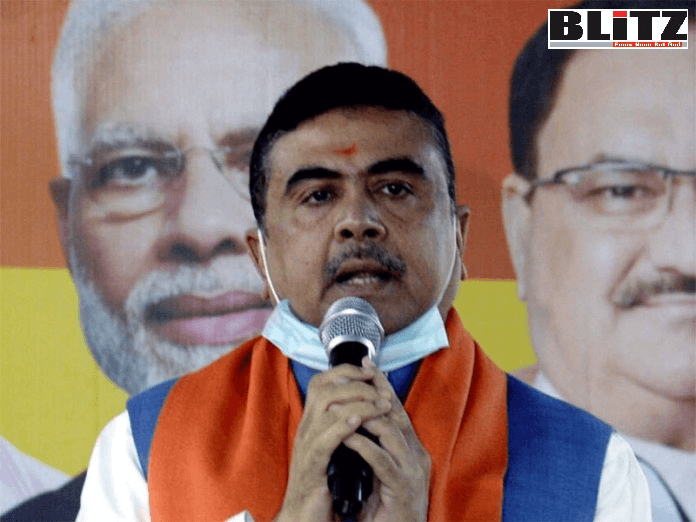 India’s ruling Bharatiya Janata Party (BJP) leader Suvendu Adhikari’s office was vandalized allegedly by Trinamool Congress (TMC) hooligans on Saturday night as the violence against BJP leaders goes unchecked in West Bengal. The BJP has demanded the arrest of persons behind the incident.

Trinamool Congress party is led by Mamata Banerjee, who is known in India as an anarchist and most unpredictable politician, while others say, she is an opportunist who applies numerous forms of mockery and deception only for accomplishing her dubious political agenda.

It may be mentioned here that, lots of TMC leaders are facing corruption and criminal charges including their involvement in money laundering and cheating people through Ponzi scheme outlets.

“We protest against an incident caused by TMC Harmad cadres at Nandigram. We want to say them what they are doing these things by using muscle power. Today’s administration is with you that’s why you are doing so,” BJP leader Kaniska Panda said.

“We told the administration if they won’t take action and won’t arrest accused persons then the administration will be responsible for the incidents which will happen future. I am giving the challenge that our fight against this fight will be continued,” he added.

A day before the attack on his office, Suvendu Adhikari had addressed a mammoth gathering at Nandigram in Purba Medinipur. The highlight of the rally was the presence of family members of those killed in police firing in Nandigram in March 2007. 14 persons were killed in the police firing when the Nandigram had turned violent during agitation forcible land acquisition. Adhikari spoke about the contribution of BJP leaders particularly Lal Krishna Advani to the Nandigram movement. TMC was an ally of the BJP in 2007 and a BJP delegation comprising senior leaders had visited Nandigram after the police firing. The BJP leadership also accused the Trinamool Congress of betraying the National Democratic Alliance (NDA).