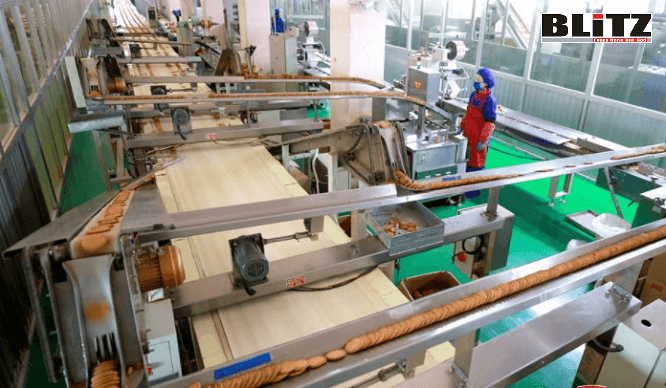 The Sonhung Foodstuff Factory in the DPRK is well known to the country as a comprehensive foodstuff producer.

When the factory went into operation 20-odd years ago, its products were merely over 10 varieties in two or three kinds.

At present, it produces more than 400 varieties of foodstuffs in over 10 kinds by updating the production processes on a full scale.

Among them are tens of varieties of functional foodstuffs conducive to the improvement of people’s health. Breads, fried glutinous rice cake, cake, candy, ice-cream, soft drink and other products of the factory are in great demand at shops across the country, including department stores in Pyongyang City.

The factory has set it as its major business strategy to develop new world-level products and turn out famous commodities favored by the people.

It is associated with the guidance feats of Chairman Kim Jong Il.

The Chairman examined the factory’s products several times and took a step to expand its production capacity. And he visited the factory in December Juche 99 (2010) and gave instruction on producing in a larger quantity the tasty and nutritious processed foodstuffs for the citizens.