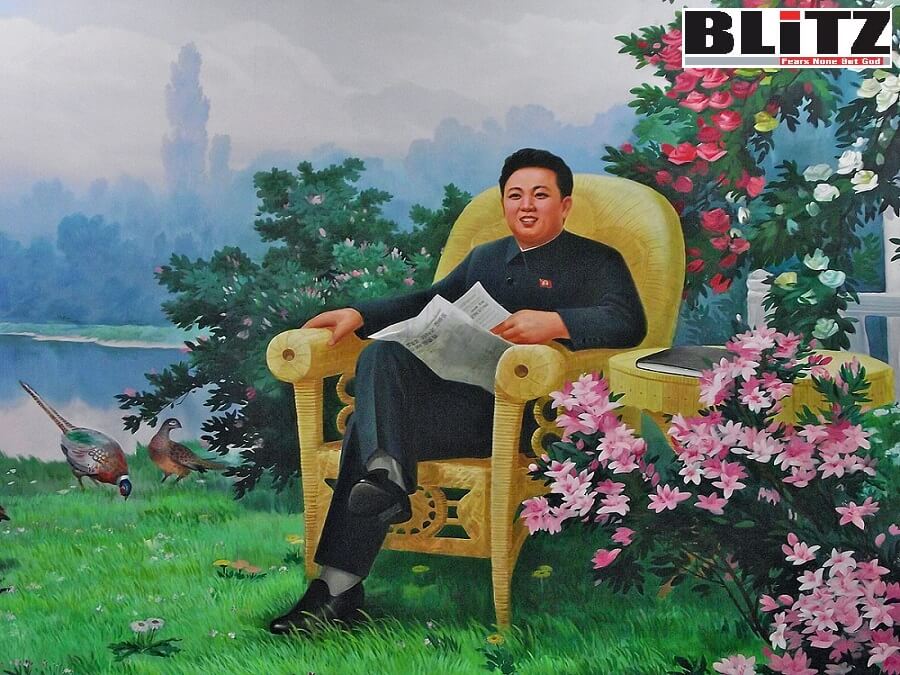 The most common colloquial title given to Kim Jong In was – Dear Leader, to distinguish him from his father President Kim Il-sung – the Great Leader. On 19 December 2011, the government of the Democratic People’s Republic of Korea (DPRK) announced that the Dear Leader Kim Jong Il had died two days earlier, whereupon his son, Comrade Kim Jong-Un, was promoted to a senior position in the ruling Workers Party of Korea (WPK) and succeeded him. After his death, Kim Jong Il was designated the – Eternal General Secretary of the WPK and the – Eternal Chairman of the National Defence Commission.

On 8 July 1994, Kim Il-sung died at the age of 82 from a heart attack. Although Kim Jong-Il had been his father’s designated successor as early as 1974, named commander-in-chief in 1991, and became Supreme Leader upon his father’s death, it took him some time to consolidate his power.

He officially took over his father’s old post as General Secretary of the Workers’ Party of Korea on 8 October 1997. In 1998, he was re-elected as chairman of the National Defence Commission, and a constitutional amendment declared that post to be “the highest post of the state”. Also in 1998, the Supreme People’s Assembly wrote the president’s post out of the constitution and designated Kim Il-sung as the country’s  – Eternal President, in order to honor his memory forever.

On the occasion of the 10th anniversary of the demise of Chairman Kim Jong Il, Editorial Board of Weekly Blitz held a memorial service on December 17, 2021 at its office in Dhaka, which was attended by the members of the newspaper as well as editors, journalists and cultural activists of the country.

Photographs and books of Chairman Kim Jong Il was on display during the service.

It may be mentioned here that, in 2011, following the demise of Chairman Kim Jong Il, Weekly Blitz was the only newspaper from Bangladesh which had sent floral basket during the memorial ceremony.

A memorial service was held in the DPRK embassy in China’s Beijing on December 16 on the occasion of the 10th anniversary of the demise of Chairman Kim Jong Il.

Attending it were Wang Chen, vice-chairman of the Standing Committee of the Chinese National People’s Congress who is also member of the Political Bureau of the Central Committee of the Communist Party of China, and officials of the party, government and social organizations of China.

The participants laid a basket of flowers before the portraits of smiling President Kim Il Sung and Chairman Kim Jong Il in the name of the Central Committee of the Communist Party of China and observed a moment’s silence in memory of the Chairman.

Then they looked round the pictures showing the revolutionary career of Chairman Kim Jong Il and the undying feats performed by the Chairman and the respected Comrade Kim Jong Un in developing the DPRK-China friendly relations.

Saying that he, upon authorization of the CPC Central Committee, visited the DPRK embassy, Wang Chen noted that the Chairman, who devoted his all to the prosperity of the country and happiness of the people all his life and made a great contribution to the development of the China-DPRK friendly relations, will live in the hearts of the peoples of the two countries.

The traditional bilateral friendship serves as precious wealth for both sides, he added, expressing the firm stand of the Chinese side to propel the steady development of friendly ties between the two countries by thoroughly implementing the joint understanding achieved by the top leaders of the two parties.

There had also been memorial meetings in Nepal and Kyrgyzstan, a lecture in Tanzania and a photo exhibition in Cambodia on the occasion of the 10th anniversary of demise of Chairman Kim Jong Il.

The general secretary of the Central Committee of the Nepal Communist Party (Marxist-Leninist) who is ex-deputy prime minister of Nepal said that the whole life of Kim Jong Il was the noble one dedicated to the prosperity of the DPRK and happiness of its people and to the realization of independence of the world oppressed working masses.

The chairman of the Central Council of the People Unity-“Kyrgyz El” Republican Political Party of Kyrgyzstan highly praised Kim Jong Il as the outstanding thinker-theoretician, great master of the art of leadership, prominent leader and genuine father of the people.

The secretary general of the Tanzanian National Coordinating Committee of the Juche Idea Study Groups stressed that the image of Kim Jong Il would be kept deep in the hearts of the Korean people and the progressive mankind.

The former president of the Khmer Democratic Party of Cambodia said with firm belief that the Korean people would achieve great success in the building of a powerful socialist country as they are upholding His Excellency Kim Jong Un carrying forward the cause of His Excellency Kim Jong Il at the top post of the Party and the state.

A message to the respected Comrade Kim Jong Un was adopted at the memorial meeting in Nepal.

Meanwhile, a seminar on Kim Jong Un’s work “Let Us Brilliantly Accomplish the Revolutionary Cause of Juche, Holding the Great Comrade Kim Jong Il in High Esteem as the Eternal General Secretary of Our Party” took place in Algeria to commemorate the anniversary of Kim Jong Il’s demise.