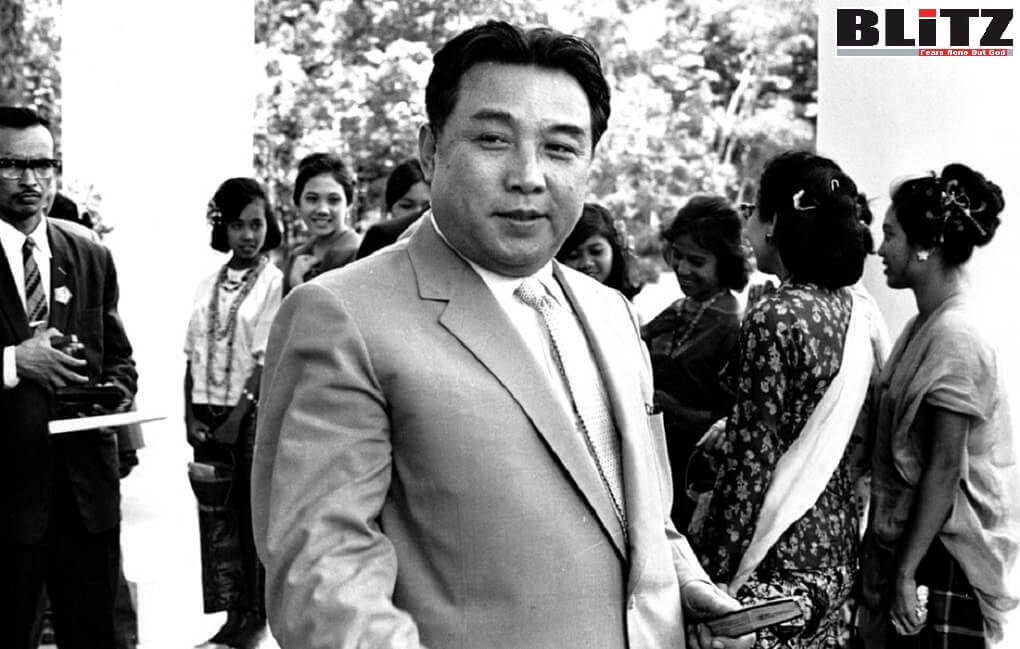 Democratic People’s Republic of Korea (DPRK) observed the 110th birth anniversary of Kim Il Sung. In DPRK, which is also known as North Korea, Kim Il Sung is revered as “the great leader of the Korean people” and “the Sun of the nation”.

Kim Il-sung, born Kim Song-ju (translated from Korean as “to become a support”), was born on April 15, 1912 in the village of Mangyongdae near Pyongyang in the family of a rural teacher. In 1920, during Japanese occupation of Korea, he emigrated with his parents to Manchuria (Northeast China). Kim Il-sung studied at one of the middle schools in China’s Jilin province (in the northeast of the country).

At the age of 14, Kim Il-sung joined an underground Marxist group created by a local illegal organization of the Communist Youth League of China. In 1929, he was arrested by the Manchurian police and jailed until the spring of 1930.

In 1931, he became a member of the anti-Japanese guerrilla movement in China. During this period, he became known as Kim Il-sung (translated as “the rising sun”). In June 1937, partisans led by Kim Il-sung raided Japanese-controlled Korean territory and attacked the small town of Pochonbo, after which the Japanese created a special unit to capture the participants of this operation. At the end of 1940, fleeing from Japanese persecution, his detachment moved to the territory of the Soviet Union and was included in the Red Army. In 1941-1942, Kim Il-sung participated in the fighting against the Japanese in southeastern Manchuria. In 1942, he received the rank of captain and headed the first battalion of the 88th Separate Rifle Brigade, based near Khabarovsk.

After the liberation of Korea by Soviet troops in August 1945, Kim Il-sung returned to Pyongyang.

Leader of party and country

In December 1945, Kim Il-sung headed the North Korean Branch Bureau of the Korean Communist Party, and in February 1946 he was appointed chairman of the Provisional People’s Committee of North Korea, the interim government operating in the northern part of the Korean Peninsula (after the end of World War II, by agreement between the United States and the Soviet Union, it was divided into American and Soviet occupation zones; the dividing line passed along the 38th Parallel – the southern part entered the sphere of responsibility of the US, the northern part – the USSR). He held this post until the founding of the Democratic People’s Republic of Korea (DPRK, North Korea) on September 9, 1948, created in response to the proclamation of the Republic of Korea (ROK, South Korea) a month earlier. On the same day, Kim Il-sung was appointed Chairman of the Cabinet of Ministers (until December 1972). His government embarked on the nationalization of land and industry and the creation of a planned economy. In 1949, he was elected Chairman of the Central Committee of the Workers’ Party of Korea (the WPK; in 1966-1994 – General Secretary of the WPK).

In the early days of the war with the Republic of Korea (1950-1953), he headed the National Defense Commission. In the war, neither side was able to gain an advantage. As a result, a dividing demilitarized zone was established along the 38th parallel, where the front stabilized by July 1953 (it still exists; since South Korea refused to sign an armistice agreement, the countries are still at war). The infrastructure of the DPRK was completely destroyed by American aviation (the US supported the ROK), the damage caused to the country was estimated at $3 billion.

In 1954, the government of Kim Il-sung began to implement a plan for postwar reconstruction and development of the national economy, with the assistance of the USSR (the growth of the North Korean economy at that time significantly exceeded that of South Korea). In 1955, Kim Il-sung declared the need to build a “self-reliant state” (Juche). This ideology became official, replacing Marxism-Leninism. One of the most important elements of Juche is the thesis “man is the master of his destiny”. Since this time, the personality cult of Kim Il-sung began to form in the country. In the 1960s, the DPRK, playing on the contradictions between China and the USSR, received aid from both countries.

The constitution adopted in 1972 enshrined the leading and guiding role of the WPK and introduced the post of the DPRK president – Kim Il-sung assumed it. Since that time he set a course for the development of nuclear weapons and simultaneously initiated an inter-Korean dialogue. Thus, in May 1972, Kim Il-sung put forward three fundamental principles of unification of the two countries – independence, peaceful unification and national consolidation. In 1991, the North-South Declaration on the Peninsula’s Nuclear-Free Status was signed and the Fund for Inter-Korean Cooperation was established.

The sides discussed plans for unification on the basis of confederation, but after Kim Il-sung’s death in 1994, the dialogue was halted.

Decades of tough control by the state headed by Kim Il-sung, shifting the economy towards heavy industry and military-industrial complex, termination of foreign aid due to the collapse of the USSR and the socialist camp led to the collapse of the country’s economy. According to international experts (North Korea has not published economic statistics since the 1960s), by the end of the Kim Il-sung’s rule the North Korean economy shrank by half compared to the late 1980s, and after his death the country faced famine (this period went down in history as “the March of Suffering”) – it killed from 600,000 to 2 million people.

In order to feed the population, the government had to request international humanitarian aid.

Kim Il-sung died because of a heart attack on July 8, 1994. In North Korea, Kim Il-sung is revered as “the great leader of the Korean people” and “the Sun of the nation.” Kumsusan Palace of the Sun, where Kim Il-sung worked during his life, was turned into Memorial Palace, where his body in sarcophagus is kept. In 1997 the Juche chronology was established, the first year of which was 1912, the year of Kim Il-sung’s birth, with April 15, his birthday, as Sun’s Day. The constitution adopted in September 1998 stipulated that Kim Il-sung, who developed the Juche, was the “eternal president” of the DPRK.

The soccer stadium in Pyongyang, the main North Korean university and the central square in Pyongyang are called after Kim Il-sung.

During Kim Il-sung’s life, his son Kim Jong-il was appointed as the leader’s official successor. On October 8, 1997, at the end of the mourning period, Kim Jong-il was elected General Secretary of the WPK.

In accordance with amendments to the constitution of 1998, the institution of the presidency was abolished, and the post of Chairman of the National Defense Commission, which Kim Jong -il had occupied since 1993, became the highest state post. After the sudden death of Kim Jong-il on December 17, 2011, Kim Jong-il’s youngest son, Kim Jong-un, was appointed successor to the DPRK’s leader (he has occupied all the highest government posts since April 13, 2012).