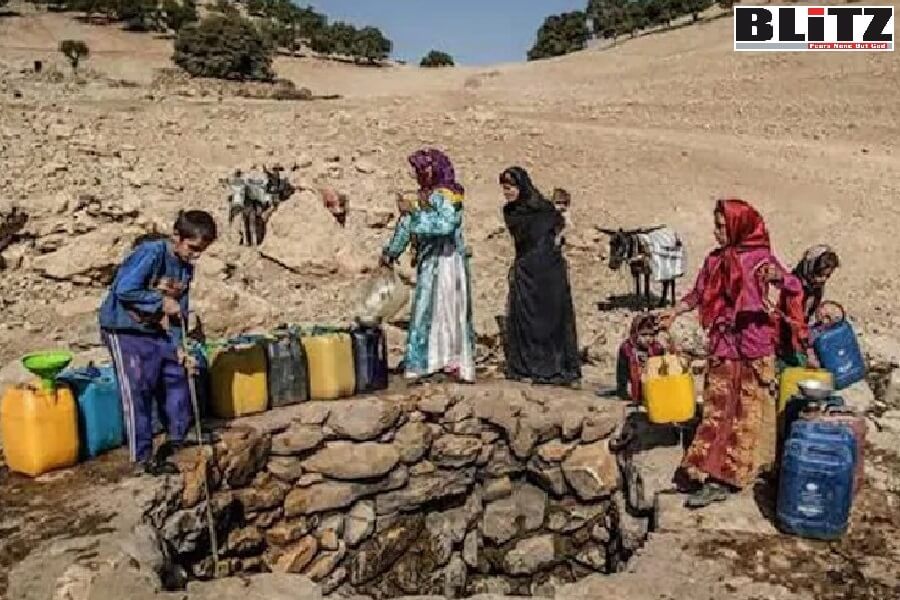 The collapse of these essential systems even prompted Supreme Leader Ali Khamenei to admit that the protesters might have a point. “We cannot really blame the people,” he said of the thousands of Iranians who have taken to the streets in Khuzestan Province in recent days to protest against the shortage of clean drinking water. At least eight protesters have been killed in the regime’s crackdown on the demonstrations. It has been reported that a police officer was also killed.

According to Madani, Iran is “water bankrupt” due to years of mismanagement by the regime, according to an exiled member of Tehran’s environmental ministry. The result is the severe water shortages that have triggered days of unrest and violence.

Madani was an academic at Imperial College London when he was recruited in 2017 to be the deputy head of Iran’s Department of Environment. His appointment offended hard-line elements within the regime, however, and he was detained by the Islamic Revolutionary Guard Corps, accused of spying, and eventually forced to leave the country.

Kaveh Madani, who now lives in the US, the crisis is of the regime’s own making.

“The system is water bankrupt when consumption is more than renewable water availability,” he said, adding that years of regime mismanagement is to blame.

In particular, he said, the availability of cheap fuel has proved to be more of a curse than a blessing in its effect on the water industry. With the cost of energy so low, cheap electricity has been used to pump huge amounts of groundwater to help expand the country’s agriculture sector.

This has had a devastating effect on water reserves. Groundwater levels are now so low they are having an effect observable from space: NASA has said the loss of the weight of so much water has affected the region’s gravitational field.

In addition, since the 1979 Iranian Revolution, the Islamic Republic has built about 600 dams across the country, mainly to provide hydroelectricity for the country’s 80 million or so inhabitants. This energy comes with a hidden cost. Experts told The Times that reservoirs in hot and arid parts of Iran lose so much water to evaporation — about 2 billion cubic meters a month — they are a significant part of the problem.

Combined with what has been the driest year in half a century, these factors have caused “irreversible” damage to Iran’s water infrastructure, according to Madani.

“Iran cannot fully restore its wetlands, aquifers and rivers in a short period of time,” he said. “So, it has to admit to water bankruptcy and stop denying that many of the damages have become irreversible”.