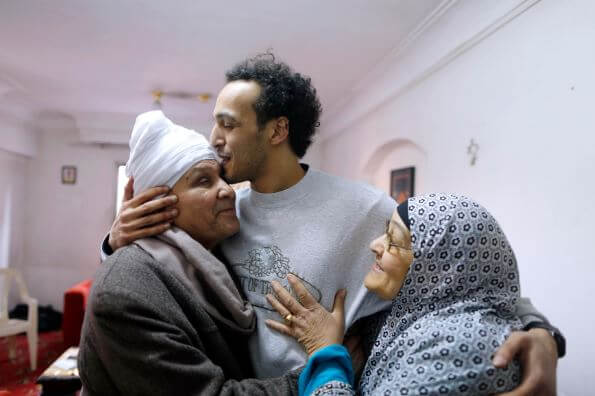 Egyptian photojournalist Mahmoud Abou Zeid, also known as Shawkan, was released from prison after spending over five years in detention on anti-state charges, according to a post from his Twitter account. According to news reports, Shawkan said he was officially approved for release on Sunday night but held by police until Monday morning. Authorities released Shawkan under “police observation” for five years, meaning he will have to appear at a police station every day at sunset. The journalist will also be prohibited from managing his financial assets and properties for the duration of those five years, according to newsreports. Shawkan and his lawyer will appeal the verdict in Egypt’s court of cassation, his brother Mohamed told CPJ in late 2018. CPJ honored Shawkan with its International Press Freedom Award in 2016.

“We are relieved to hear that Shawkan is finally free after spending over five years in jail and call on authorities to end their shameful treatment of this photojournalist by removing any conditions to his release,” said CPJ Middle East and North Africa Program Coordinator Sherif Mansour. “The Egyptian government should take steps immediately to improve its image, which has been badly tarnished by this unjust imprisonment–and it can start by releasing all journalists jailed in relation to their work.”

Shawkan had been imprisoned since August 14, 2013, when he was arrested while covering clashes between Egyptian security forces and supporters of ousted President Mohamed Morsi for the U.K.-based photo agency Demotix. At the time of CPJ’s last prison census, Shawkan was one of 25 journalists jailed for their work in Egypt.