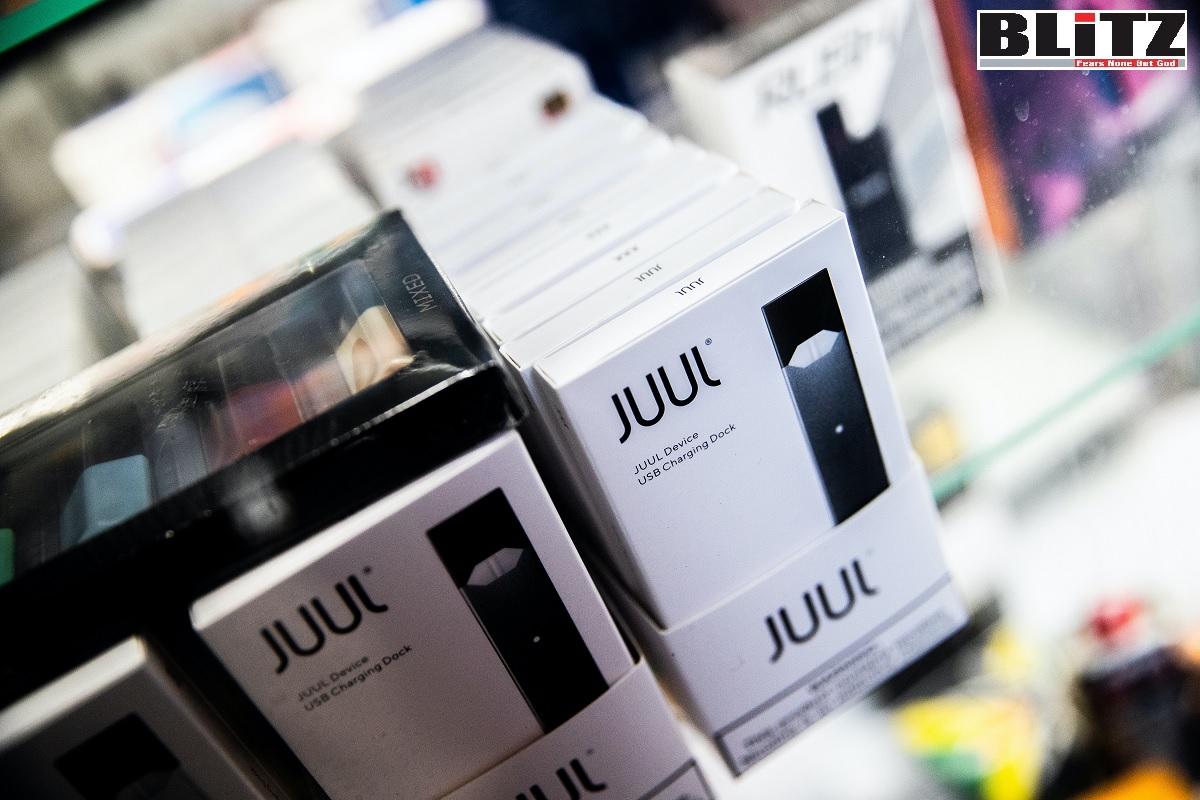 US health regulators the Food and Drug Administration (FDA) has officially ordered ‘Juul’ brand electronic cigarettes (e-cigarette) to be removed from the market. The agency said Thursday that people who use Juul products or smokers who want to move away from cigarettes and cigars could switch to the FDA-authorized e-cigarettes.

E-cigarettes first appeared in the US more than a decade ago with the promise of providing smokers a less harmful alternative. The devices heat a nicotine solution into a vapor that’s inhaled, bypassing many of the toxic chemicals produced by burning tobacco. The vaping market grew to include hundreds of companies selling an array of devices and nicotine solutions in various flavors and strengths.

In 2021, the agency rejected applications for more than a million other e-cigarettes and related products, mainly due to their potential appeal to underage teens.

Anti-tobacco groups applauded the FDA’s move, with the American Lung Association calling it “long overdue and most welcome”. The American Vapor Manufacturers Association said it was a “shameful decision”.

“The agency has dedicated significant resources to review products from the companies that account for most of the US market. We recognize these make up a significant part of the available products and many have played a disproportionate role in the rise in youth vaping”.

According to The Wall Street Journal, FDA is ultimately going to ban Juul brand e-cigarette from the US market.

“The marketing denial order would follow a nearly two-year review of data presented by the vaping company, which sought authorization for its tobacco- and menthol-flavored products to stay on the US market”, WSJ reported.

According to CNBC, Juul, which markets itself as an alternative to cigarettes for adult smokers – sells nicotine capsules smoked through a small device. Sales surged nearly 800 percent between 2017 and 2018, causing Juul to gain a 68 percent market share in the e-cigarette category.

A press release from the FDA explained that “To date, the FDA has not received clinical information to suggest an immediate hazard associated with the use of the JUUL device or JUULpods”.

But their order on Thursday is reflective of the “FDA’s determination that there is insufficient evidence to assess the potential toxicological risks of using the JUUL products. There is also no way to know the potential harms from using other authorized or unauthorized third-party e-liquid pods with the JUUL device or using JUULpods with a non-JUUL device”.

Joe Murillo, Juul’s chief regulatory officer, said in the company’s statement that Juul submitted enough information and data to address all issues raised by regulators. He noted that the company’s application, submitted more than two years ago, included comparisons to combustible cigarettes and other products.

He said it also included information on potential harmful effects of the company’s products.

Since last fall, the FDA has given the OK to tobacco-flavored e-cigarettes from R.J. Reynolds, Logic and other companies. But industry players and anti-tobacco advocates have complained that those products account for just a tiny percent of the US$6 billion vaping market in the US.

The vaping issue took on new urgency in 2018 when Juul’s high-nicotine, fruity-flavored cartridges quickly became a nationwide craze among middle and high school students. The company faces a slew of federal and state investigations into its early marketing practices, which included distributing free Juul products at concerts and parties hosted by young influencers.

In 2019, the company was pressured into halting all advertising and eliminating its fruit and dessert flavors. The next year, the FDA limited flavors in small vaping devices to just tobacco and menthol. Separately, Congress raised the purchase age for all tobacco and vaping products to 21.

Michele Mital, acting director of the FDA’s Center for Tobacco Products, further clarified, “The FDA is tasked with ensuring that tobacco products sold in this country meet the standard set by the law, but the responsibility to demonstrate that a product meets those standards ultimately falls on the shoulders of the company”.

“As with all manufacturers, JUUL had the opportunity to provide evidence demonstrating that the marketing of their products meets these standards. However, the company did not provide that evidence and instead left us with significant questions. Without the data needed to determine relevant health risks, the FDA is issuing these marketing denial orders”, she added.

Kenneth Warner, a tobacco expert at the University of Michigan’s school of public health, suspects political pressure from those groups played a role in the FDA’s decision.

“I think they would have had a hard time coming to any other conclusion”, said Warner, who had not seen Juul’s application. He added that he does not take tobacco money.

The brainchild of two Stanford University students, Juul launched in 2015 and within two years rocketed to the top of the vaping market. Juul still accounts for nearly 50 percent of the US e-cigarette market. It once controlled more than 75 percent.

Tobacco giant Altria, which makes Marlboro cigarettes, paid nearly US$13 billion for a 35 percent stake in Juul in 2018.