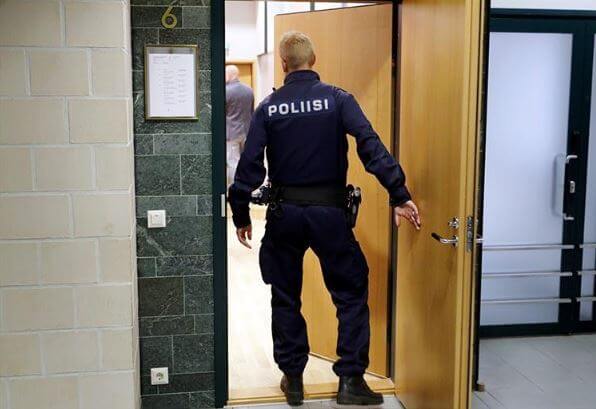 On April 12, a court in Oulou, in central Finland, found Vehkoo guilty of criminal defamation of Oulou City Councilor Junes Lokka. The suit relates to comments by Vehkoo in a private Facebook group, in which she referred to Lokka as “racist” and a “Nazi clown,” according to local news reports, a statement by the Union of Journalists in Finland, a local media workers union, and Vehkoo, who spoke with CPJ.

Vehoo considers the case as retaliation for her reporting, according to the statement. Vehkoo reports on the far right and writes a fact-checking column for Finnish public broadcaster Yleisradio Oy, and co-founded the investigative website Longplay, according to the union statement.

CPJ emailed Lokka for comment but did not receive a reply.

“Junes Lokka should stop trying to intimidate Johanna Vehkoo, and Finnish authorities should drop these charges rather than enable a politician’s campaign of harassment against a journalist,” said CPJ Europe and Central Asia Program Coordinator Gulnoza Said in New York. “Finland should scrap its criminal defamation laws; they have no place in a democracy.”

Vehkoo was sentenced to pay a total of 150 euros ($170) to the state and 200 euros ($226) to Lokka for damages, and was also required to reimburse Lokka’s legal fees, which amounted to 6,000 euros ($6,800), Finnish daily Helsingin Sanomat reported. Vehkoo intends to file an appeal, according to the news reports.

Vehkoo told CPJ that she made the Facebook comments on November 2, 2016. At the time, Lokka was an activist who had run for various elected posts since 2012 on an anti-European Union platform, according to his personal website.

Lokka filed the defamation suit against Vehkoo in October 2018, after being elected in March 2017 and nearly two years after her original comments, according to Yleisradio Oy.

Lokka, who co-hosts the YouTube show “Monokulttuuri FM” (Monoculture FM), has repeatedly targeted Vehkoo on social media since late 2016, calling her reporting “lies” on Twitter and making her the subject of several of his YouTube broadcasts, according to a CPJ review of Lokka’s social media activity.

“According to the district court of Oulu, one cannot call anyone a racist or a Nazi, as it is always defamation,” Vehkoo told CPJ. “I was describing the ideology and tactics of a far-right activist and politician. This should definitely be within freedom of speech.”

According to Helsingin Sanomat, Lokka has denied harassing Vehkoo.