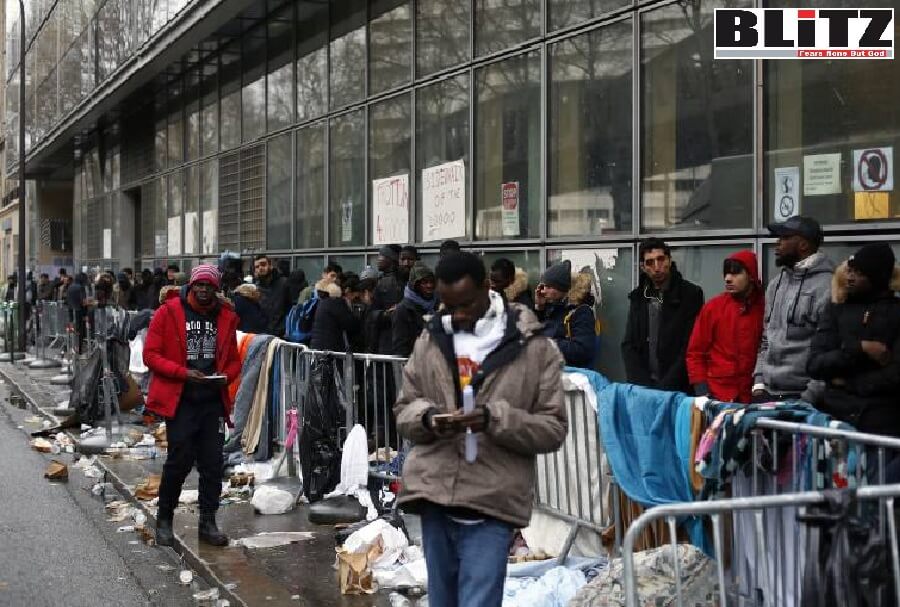 Instead of deporting hundreds of thousands of illegal migrants, France is all set to host around 600,000-700,000 aliens. Writes Christine Douglass-Williams

Rather than deport the illegals back home, French warships have been caught red-handed escorting Muslim migrants to the shores of Britain. They’ve been either actively aiding or allowing the migrants to be sent on to the UK, where Boris Johnson is taking them in by the droves as they cross the English Channel. The illegal immigrant population of Britain is estimated to be even higher than that of France, between 1,000,000 and 1,500,000.

Between French President Emmanuel Macron and Johnson, national security is of no concern. Nor is the astronomical strain on the economy from the migrants. Anything to avoid looking “Islamophobic.”

In the absence of data in France on undocumented migrants, the number of beneficiaries of State Medical Aid (AME), a healthcare access system intended for people in an irregular situation, is traditionally used as a statistic to measure their presence in the territory.

But according to a study by the Institute for Research and Documentation in Health Economics (Irdes) and the University of Bordeaux, unveiled in November 2019, only one in two irregular migrants eligible for medical aid from the State actually claims the benefits.

Professor Jérôme Wittwer, co-author of the report, estimated at the time to AFP that the number of AME beneficiaries could therefore be doubled to approach the actual total number of irregular migrants in France, or around 765,000 at the end of 2020. Gérald Darmanin was also delighted that France received “15,000 fewer asylum applications than Germany” and “expelled three times more people in an irregular situation than the English, twice more than the Italians and 50% more than the Spaniards.”