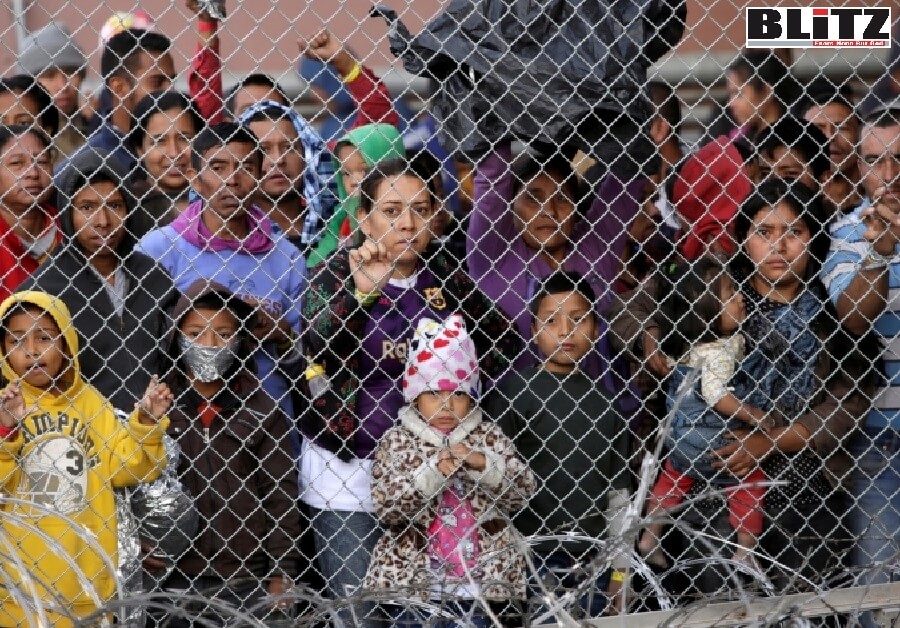 The social networking website says it does not allow for human trafficking or smuggling content to be posted on the site since it often results in exploitation, according to Facebook’s community guidelines.

Over half of the pages were made since last fall and around a dozen more were made in the last month and have operated without intervention from Facebook, the Tech Transparency Project found. The investigation found Facebook’s algorithm even suggested other pages related to offering illegal crossing services to users.

A private Facebook group reportedly located in Las Vegas, Nevada, gained 484 members in nearly two weeks after it was created on March 24, according to the Tech Transparency Project. A group administrator advertised smuggling services on his profile and required users to message him by turning off the post comment functions.

Human smugglers advertising on Facebook told Central American migrants it would be easy for them to illegally cross into the U.S. with their help, NBC News reported. Smugglers are spreading misinformation about the Biden administration welcoming migrants to the U.S. through pages like “Migrants from Various Countries in Mexico” and “Migrants in the Mexico-U.S.A. Border Awaiting Hearing.”

“Travel to Mexico to the United States. Costs $8,000. 100 percent safe,” a post on a public Facebook page said, NBC News reported. “Cross through Matamoros. You walk one hour, after in automobile until you arrive to your relative.”

Smugglers leading a group of migrants to the U.S. left a 10-year-old boy alone in a field, the Daily Caller News Foundation reported. A Customs and Border Protection (CBP) official found the boy crying and walking along a rural road, the boy told officer he feared being kidnapped and was transferred to a processing facility.

“Scenes like these are all too common, as smugglers continue to abandon children in desolate areas, with zero regard for their well-being,” a CBP spokesperson said.

CBP officials encountered over 172,000 migrants including nearly 19,000 unaccompanied minors in March, according to the agency. Law enforcement officials are on track to apprehend more migrants in 2021 than in the last 20 years, Department of Homeland Security Secretary Alejandro Mayorkas said in a statement.