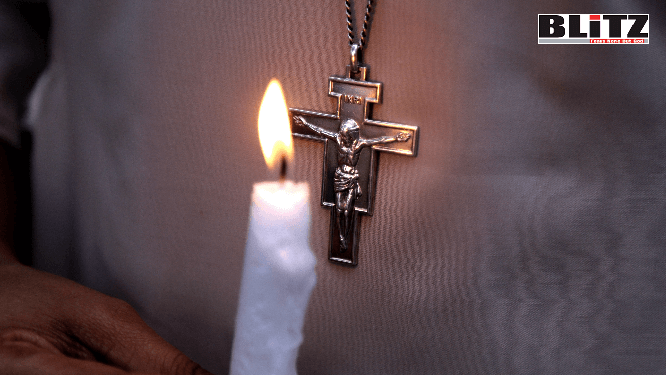 Following the publication of a post on social media by Pastor Raja Waris, on December 22, 2020, stating Muslims are blaming the Christian community for hurting religious sentiments, Christian families from Charar, a neighborhood in Lahore were forced to flee from their homes after being threatened by the radical Muslims. Although Saleem Khokhar, a displaced Christian from Charar told International Christian Concern (ICC) that Pastor Raja has apologized for the post and the “issue was resolved” on December 23, it is highly anticipated that the members of the Christian community were not only forced to flee their homes, but the radical Muslim mobs might have exerted pressure on them to retract the statement of Pastor Raja Waris from the social media.

It may be mentioned here that, Pakistan is infamous for applying its notorious blasphemy law against the members of the religious minorities – particularly Christians. To date, a large number of Christians are languishing in Pakistani prisons – facing blasphemy charges – which bear the death penalty.

According to ICC, since Pakistan added Section 295-B and 295-C to the country’s blasphemy laws in 1987, the number of blasphemy accusations has skyrocketed. Between 1987 and 2017, 1,534 individuals in Pakistan have been accused of blasphemy. Out of that 1,534, 829 accusations (54 percent) were made against religious minorities. With Christians only making up 1.6 percent of Pakistan’s total population, the 238 accusations (15.5 percent) made against Christians are highly disproportionate.

ICC’s Regional Manager, William Stark, said, “We here at International Christian Concern are concerned by the situation in Charar. We call on the Pakistani authorities to protect the homes of Charar’s Christians. No one should be forced to flee their home because of a social media post. Pakistan’s blasphemy laws must not be misused to justify mob violence. Too often these laws have been a tool in the hands of extremists seeking to stir up religiously motivated violence against minority communities.”

According to International Christian Concern (ICC), Pastor Raja Waris and members of his family are forced to remain in hiding as he may face blasphemy charges due to exposing the notoriety of the local Muslims. According to locals, the Muslims have already demanded that Pastor Waris be beheaded for publishing the “offending” post on social media.

“The situation turned dangerous when someone found out the Muslims were planning to set fire to the houses of Christians,” Khokhar told ICC. “This forced the Christians to flee the neighborhood.”

Police have been deployed to Charar to keep the mob’s protests from turning violent. Despite the police presence, many Christians have stayed away from the neighborhood and sought shelter with friends and relatives.

“This is supposed to be a time of joy and celebration,” Khokhar told ICC. “But we are out of our homes and begging our relatives and friends to protect and feed us. None of us are feeling good about this situation”.

We are already investigating the latest case of Christian persecution in Pakistan and soon we shall publish further details on this issue as well as interview representatives from the International Christian Concern (ICC) to learn about imprisoned Pakistani Christians.