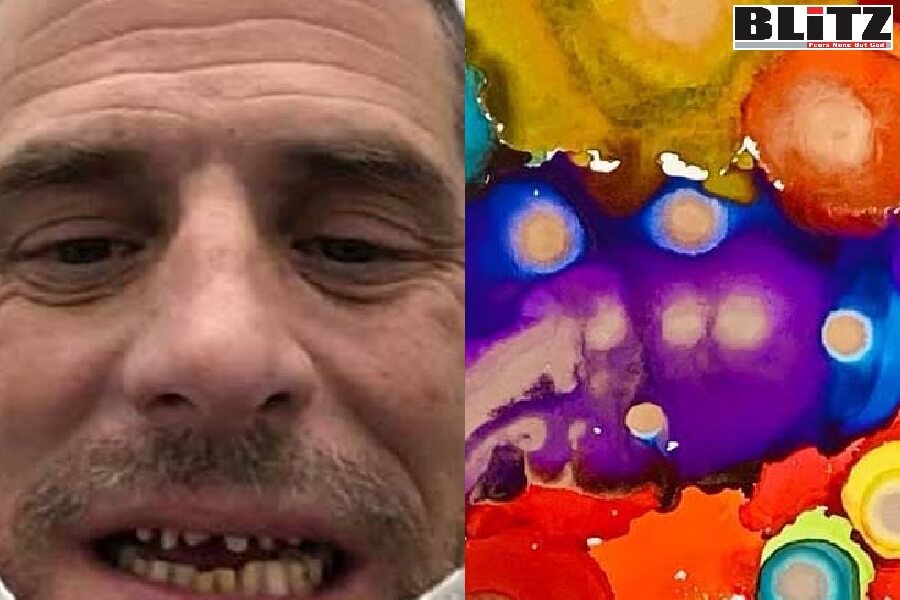 Commenting on Hunter Biden’s artworks, a Maryland art professor said, those are not worth asking price.

Professor Jeffry Cudlin said, “If Hunter Biden were applying to school to get a BFA [bachelor of fine arts] in painting, I think a portfolio with these pieces in it would indicate some sense of the medium, some nascent talent, and encourage anyone reviewing it that with a little training and a little study, Biden might one day make some interesting paintings”.

George Bergès, Biden’s art dealer, said that his work is inspired by people like Francis Bacon or Lucien Freud.

“I can tell you that Freud and Bacon are the favorite painters of every straight white fraternity guy who took a single art appreciation class in undergrad for giggles,” Cudlin said, in response.

“Everyone should try pushing brushes around,” Cudlin said, in reference to Hunter Biden and other celebrity artists like Sylvester Stallone. “And if someone wants to pay you a half-million for the results: Cash that check.”

The sale of Biden’s art has come under criticism from a former ethics chief under President Barack Obama. The White House has arranged a deal where the details of the artwork sales can be kept mostly secret.

“The idea that they’re going to flag any overly priced offers — well, this is art that hasn’t even been juried into a community art sale,” Walter Shaub said.

The former Office of Government Ethics chief said the arrangement is the “perfect mechanism for funneling bribes [to President Biden].”

Biden made money through lectures

Just six months before announcing his candidacy for 2020 presidential election, Joe Biden was paid $200,000 for a speech he gave last fall at a public university, according to a copy of the speaking contract recently obtained by The Spectrum student newspaper, which filed a public records request to obtain a copy.

The former vice president was among the speakers for the University at Buffalo’s 2018-19 distinguished speakers series. The series is run through the university’s private, nonprofit foundation, which states on its website that no state funds, tuition dollars or general gifts to the university or foundation are used to underwrite its costs.

However, in reporting on the matter, The Spectrum argues student funds helped support the speech’s costs. There were six distinguished speakers during 2018-19, and the student government, using money collected from student fees, allocated $127,500 to University Events to help shoulder the series’ costs. That amount divided by six speakers equals $21,250 per speaker/speech:

Student governments, such as the Student Association, pay University Events to sponsor the series every year. This fall, SA paid University Events $127,500 to sponsor the 2018-19 series. The Spectrum estimates that undergraduate students paid SA $21,250 for the speech but could not confirm this since UBF draws funds from multiple sponsors, public and private, for the series and fees vary amongst all the series’ six speakers. …

The $200,000 contract called for a 30-minute speech, a 45-minute moderated Q&A session, a book/poster signing, a photo opportunity, a meet and greet with “up to 16 attendees” and an interview with Spectrum reporters, according to the documents.