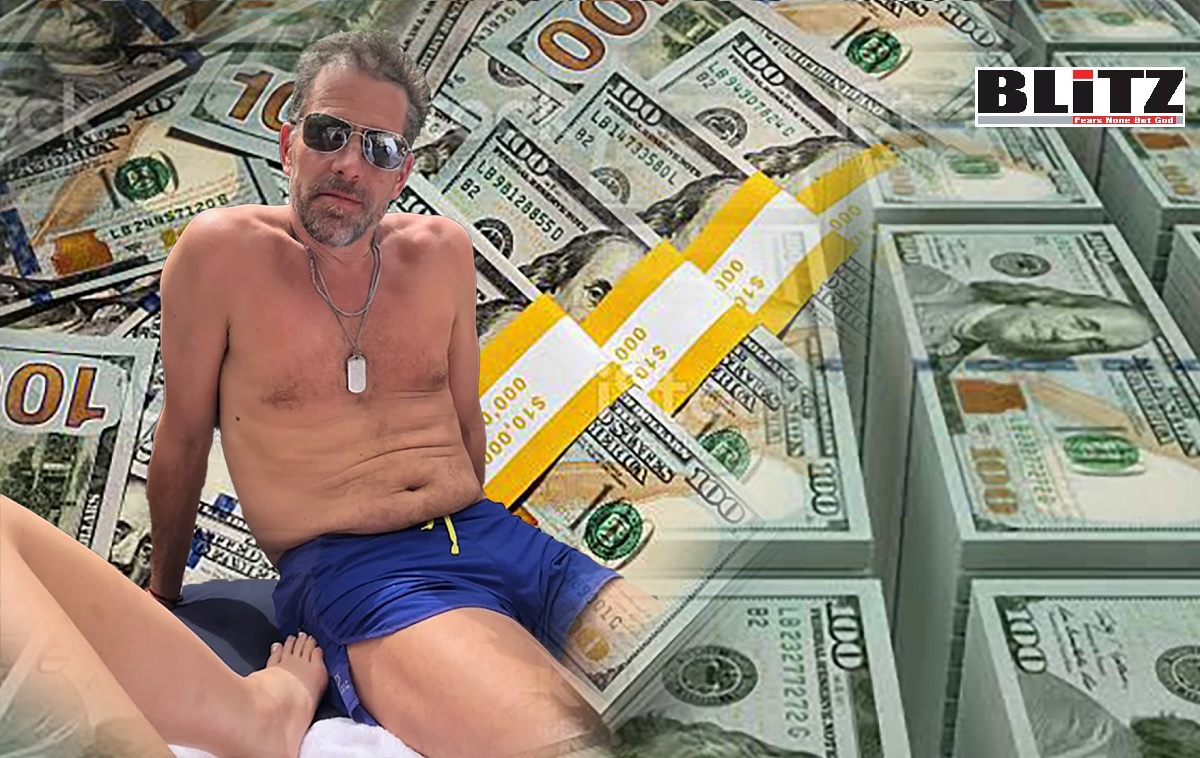 While Biden administration is boasting about how it has sanctioned a large number of “bad Russian” nationals, Hunter Biden, the scandalous son of the US President is engaged in extorting millions of dollars from Russians as well as nationals from the former Soviet republics through blackmailing.

In March, the White House released a factsheet stating: “The United States and governments all over the world will work to identify and freeze the assets Russian elites and their family members hold in our respective jurisdictions – their yachts, luxury apartments, money, and other ill-gotten gains”.

According to intelligence reports, for the last several years, Hunter Biden has been receiving millions of dollars from a Russian national named Yelena Baturina, the widow of Yury Luzhkov, the former mayor of Moscow. On February 14, 2014, Ms. Baturina wired US$3.5 million to Rosemont Seneca Thornton LLC, a Delaware-based investment firm co-founded by Hunter Biden and Devon Archer.

Although the wires were flagged in suspicious activity reports provided by the Treasury Department to a Senate Republican inquiry into Hunter Biden’s foreign business dealings, there has been no legal action against Hunter Biden as his father Joe Biden and other influential members of the Democratic Party had exerted pressure on the authorities concerned to “sleep” on this matter.

A report published in September 2020, just days before Joe Biden became the US President, showed potential criminal activity of Hunter Biden and other members of the Biden family and their business partners.

According to the report, Hunter Biden’s financial sources included a Russian national; a Ukraine oligarch; a Kazakhstan holding company and Chinese businessmen tied to the Communist Party and People’s Liberation Army.

“The report’s phrasing is a sure indicator that Hunter Biden and his associates showed up by name in confidential Suspicious Activity Reports (SARS) issued by the Treasury Department,” Washington Times reporter Rowan Scarborough noted on September 24, 2020.

In one instance, after Hunter Biden transferred nearly US$2 million to his uncle, which was ultimately connected to Chinese businessmen, the bank inquired about the large amount. It then closed the account when the Bidens were not forthcoming, the Senate report said.

“In particular, these documents show that Hunter Biden received millions of dollars from foreign sources as a result of business relationships that he built during the period when his father was vice president of the United States and after. These foreign nationals have questionable backgrounds that have been identified as being consistent with a range of criminal activities, including but not limited to organized prostitution and/or human trafficking, money laundering, fraud, and embezzlement”.

The Ukraine energy firm Burisma Holdings and its oligarch boss, Mykola Zlochevsky were a major source of Hunter Biden’s cash bonanza. The US State Department views Zlochevsky as one of the most corrupt men in Ukraine. He paid a US$25 million bribe to the public prosecutor investigating his alleged money laundering, the Senate report said.

In April 2014, then-Vice President Biden became the Obama administration’s point man on Ukraine. The next month, Hunter Biden showed up on Burisma’s board of directors. He joined his business partner Devon Archer.

In the ensuing years, Burisma paid the two over US$4 million. From May 2014, to February 2016, 48 wire transfers totaling US$3.4 million went to Rosemont Seneca Bohai, a shell company run by Archer in partnership with a Chinese investment fund.

On the day in 2014 that Vice President Biden addressed the Ukraine parliament as the new Obama administration point man, Novatus Holding, a private company in Singapore, used a Latvian bank to wire US$142,300 to Rosemont Seneca Bohai. The transaction report said “for Rosemont Seneca Bohai LLC for a car”.

The sole shareholder of Novatus is Kenges Rakishev who has ties to Kazakhstan’s power elite. He sent the money to Hunter Biden’s partner at a time when the country was debating whether to approve of Russian’s invasion of Crimea that February.

A network of shady foreign clients lined up to pour millions into the bank account of Hunter Biden, all while his father, Joe Biden, served as vice president, a Senate report said.

Ever since Joe Biden began imposing sanctions of Russia and Russians, Hunter Biden reportedly has been hunting wealthy Russian national with the nefarious agenda of extorting large sum of cash through blackmailing and giving them threats of “bringing under sanctions”.