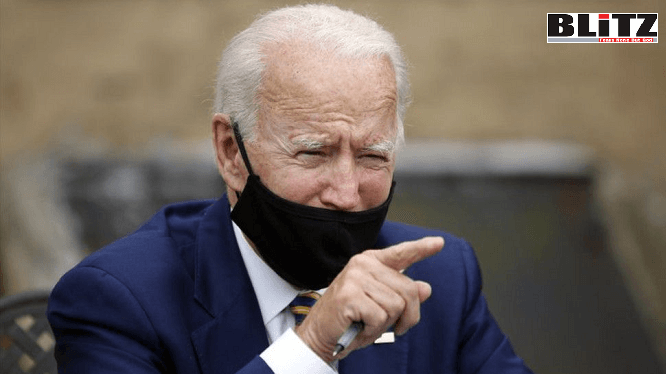 What will the Biden Administration do about the nuclear deal with Iran? Originally, it seemed clear: the new president promised to return, without any changes to the JCPOA, “to the nuclear deal with Iran.” Were this to happen, it would undo much of the good that Trump’s policy had accomplished, by his pulling out of the deal in 2018, re-imposing crippling sanctions on the country — especially by reducing oil sales by 95% — and forcing the Iranian economy into free fall.

But then other voices were heard from those who are scheduled to be high up in Biden’s foreign policy apparatus, and have begun to express doubts about a return to the original deal. Iran has breached so many of its commitments under the deal, by putting some sites off-limits to IAEA inspectors, being unable to explain the appearance of nuclear material at other sites visited by the inspectors, enriching twelve times the amount of uranium than is permitted under the JCPOA (and at higher levels of purity than agreed). And recently, in the latest example of defiance of the members of the JCPOA, Iran announced it was installing three cascades of advanced centrifuges at its underground nuclear facility at Natanz.

This last violation has greatly alarmed the E3 nations – the U.K., France, and Germany — that condemned the “deeply worrying” plan as being contrary to the nuclear deal. They are even more worried about the Iranian Parliament’s recent passage of a bill demanding that the Islamic Republic suspend all inspections by the nuclear watchdog agency, the IAEA – a bill that President Rouhani promises not to sign but that might be passed again, following the elections in June, when his successor – whom analysts predict will likely be someone far more hard-line than Rouhani – is elected.

The E3 nations are now sounding as if they want the nuclear deal modified, so that it will include limits on ballistic missiles, and address Iran’s aggressive moves, involving a series of proxies and allies, in Yemen (the Houthis), Iraq (the Kata’ib Hezbollah militia), Syria (the Alawite-led army of Bashar Assad), Lebanon (Hezbollah), and Gaza (where Shia Iran supports the Sunnis of Hamas against Israel). This is a welcome, and unexpected change. Perhaps the alarm expressed by both Israel and the Gulf Arabs is finally penetrating.

The IAEA’s head wants to make sure that there is not simply a return to the 2015 deal, but that all of Iran’s violations, including its larger-than-permitted store of enriched uranium, and the cascades of advanced centrifuges – are reversed. That will require a new agreement, not a return to the original one from 2015: The report is here: “IAEA chief: Biden must first focus on reversing Iran’s nuclear progress,” Israel Hayom, December 17, 2020:

Reviving Iran’s nuclear deal under US President-elect Joe Biden would require striking a new agreement setting out how Iran’s breaches should be reversed, the head of the International Atomic Energy Agency chief Rafael Grossi said.

Biden, who takes office on Jan. 20, has said the United States will rejoin the deal “if Iran resumes strict compliance” with the agreement that imposed strict curbs on its nuclear activities in return for the lifting of sanctions.

Biden did not expressly say that Iran must undo what it has done. Is that what he means when he says Iran must “resume strict compliance” with the agreement? Or is he prepared to let Iran keep any of the gains – part of its store of enriched uranium, some of its advanced centrifuges – it has made by breaching the 2015 agreement’s restrictions?

After President Donald Trump quit the deal and reimposed US sanctions, Iran responded by breaching many of the deal’s restrictions. Tehran says it could quickly reverse those steps if Washington first lifts its sanctions.

In an interview with Reuters, Grossi, whose agency monitors Iran’s compliance on behalf of the UN, said there had been too many breaches for the agreement to simply snap back into place.

The bad faith of Iran – its many breaches of the agreement – has led Grossi to conclude that it is no longer a simple matter of “snapping” the 2015 deal “back into place.” There has to be an ancillary agreement setting out exactly Iran’s commitments to undo what it has done in violation of the treaty. It must reverse course, and hand over to the IAEA the 2.2 tons of the 2.4 tones of enriched uranium it presently possesses (which is 12 times the maximum amount set in the deal), and should also be required by the IAEA to hand over the remaining .2 tons as well, because all of its uranium has been enriched to a purity – 4.5% rather than 3.67% — beyond what was agreed in the original deal. Iran can then be allowed to replace that with .2 tons of uranium enriched to a purity of 3.67%. Furthermore, Iran must be required to un-install the more advanced centrifuges which It was expressly prohibited from using.

“I cannot imagine that they are going simply to say, ‘We are back to square one’ because square one is no longer there,” Grossi said at IAEA headquarters.

“It is clear that there will have to be a protocol or an agreement or an understanding or some ancillary document which will stipulate clearly what we do,” he said.

“There is more (nuclear) material, … there is more activity, there are more centrifuges, and more are being announced. So what happens with all this? This is the question for them at the political level to decide.”…

Grossi is insisting that Iran will have to undo everyone of its violations of the deal. His tone of palpable mistrust of the Islamic Republic suggests that he would favor Iran having to comply with these requirements before American sanctions are removed.

There are two matters that need to be made clear:

First, will Iran agree to undo its violations of the nuclear deal – give up 2.2 tons of its 2.4 tons of enriched uranium, dismantle the advanced centrifuges — and do so before, not after, American sanctions are lifted?

Second, will Iran agree to allow IAEA inspectors free access to any sites they wish to visit, including the underground site at Natanz and another site inside a mountain at Fordow? The Iranian Parliament has passed a bill that calls for ending all IAEA inspections. Can the government of Iran guarantee that despite that bill, IAEA inspectors will not be hampered or prevented from doing their jobs, as has happened in the past?

Third, will the government in Iran agree to a modification of the original treaty in order to address two other issues. The first concerns limits on long-range ballistic missiles capable of carrying nuclear warheads. The second requires a commitment by Iran to cease its regional aggression, through proxies and allies, in Yemen, Iraq, Syria, Lebanon, and Gaza.

Can Biden be persuaded to reconsider his earlier promise to return to the JCPOA as long as Iran agrees to “strict compliance” with the 2015 nuclear deal? After all, he has plenty of evidence that Iran has at no time been in “strict compliance” – including the three years before Trump pulled out of what he called “this horrible deal” — but has, rather, defiantly breached its solemn commitments. And Biden must by now have heard a good deal about those ballistic missiles Iran is working on for one reason: to be able to deliver nuclear warheads. Surely they should be part of the deal about Iran’s nuclear program.

As for Iran’s mischief-making all over the region, it was a mistake not to address it in the original 2015 deal, l but it could now be part of a new and improved version – which the U.S. could insist Iran commit to before It lifts sanctions.

Iran says It will accept nothing but the original agreement, unmodified, and even that only after the U.S. lifts its sanctions. So there will be a contest of wills. It’s Iran’s economy, not America’s, that is in free fall. It’s Iran that has had to slash its financial support for the Houthis, the Iraqi militias, Bashar Assad, and even Hezbollah. It’s Iran that will net less than $5 billion from oil sales this year, down from $53 million in 2017, the year before American sanctions were imposed. Iran has a population of 80 million; more than 60 million of them, three-quarters of the population, now lives below the poverty line. Iranian leaders swagger, but they are desperate. The American government is certainly able – if willing — to wait the Iranians out. Can Biden, chastened by reality, do that? We can only hope.