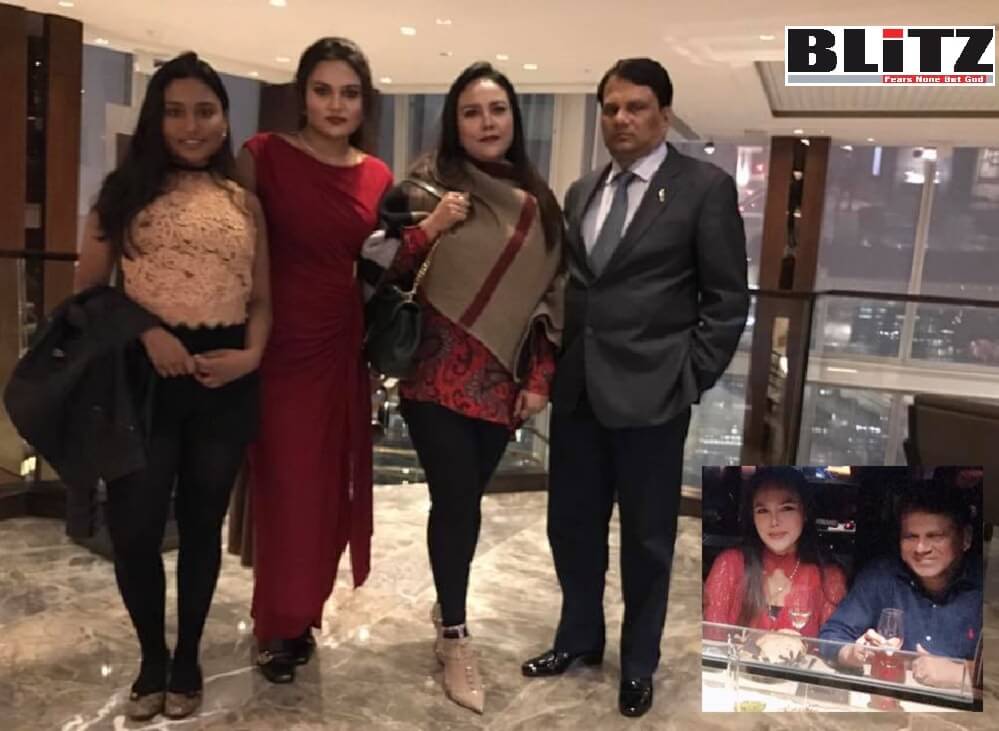 Jihadist outfits Al Qaeda or Islamic State do not support Hadith. Instead they only preach Sura Tawbah of Quran. Now, terror-funder and INTERPOL wanted convicted criminal Shahid Uddin Khan’s wife Farzana Anjum Khan and their daughters have started publicly mocking Hadith stating, Hadiths are fake and people should refrain from following these.

On March 14, 2022, Farzana Anjum shared a post and stated: “A very true post, just shows how disgraceful hadiths are. Read the Quran instead of hadiths and other people’s interpretations; interpret the Quran on your own. If you wish to know the accurate meanings (with root words) of the Quran when unsure of your translated Quran’s definitions—as translators can be biased as well—then go on the corpus.Quran.com with word-by-word definitions”.

Their daughters, who lead lavish and filthy life and though are known in London’s Bengali society as “sluts” and society girls have also joined their mother with offensive comments about Hadith or the saying of Prophet Mohammed (PBUH).

Second daughter of this criminal couple, Shehtaz Munasi Khan, who has recently been sued by Bangladesh’s Anti-Corruption Commission (ACC) for dodging income tax and possessing illegal wealth wrote in her comment: “Those who made hadiths are intelligent as they wanted to pollute people’s minds to destroy Islam. But, the people who believe hadiths are the main criminal culprits as they’re enabling and encouraging the Hadith’s pollution”.

Minutes after publishing this post, Farzana Anjum Khan in another post called upon people to wage jihad against China, India and Israel and quoted a verse from Sura Tawbah. She also extended her support towards Kashmiri militants as well as Palestinian mega-terror outfit Hamas. But for unknown reason, she deleted the status.

On April 15, 2022, Farzana Anjum Khan published an extremely offensive post against Bangabandhu Sheikh Mujibur Rahman and Prime Minister Sheikh Hasina. In this post, Shehtaz Khan made unforgivable and highly seditious comments against the Father of the Nation of Bangladesh and the Prime Minister. This post has also been liked by Fari Siddiqui and Shehtaz Khan.

It may be mentioned here that, Anti-Corruption Commission (ACC) has filed a case against sacked military officer and INTERPOL wanted convicted jihad funder Shahid Uddin Khan, his wife Farzana Anjum Khan and daughter on charges of illegal assets worth BDT 400 million. Earlier Dhaka court convicted Shahid Uddin Khan in income tax evasion case. Khan is on run since 2018 and has been living in the United Kingdom with his family.

He said, “We have already brought the matter to the attention of INTERPOL Financial Crime and Anti-Corruption Center (IFCACC) to this matter, and believe it will begin an investigation and due legal process against Shahid Uddin Khan and members of his family and ask the UK authorities to immediately extradite them to Bangladesh. For the sake of justice, Shahid Uddin Khan and his family members need to be sent back to Bangladesh and Britain should refrain from harboring such criminals”. Shahid Uddin Khan (Army No: BA002428, Course: 8-BMA, Commission Date: 10-06-1983) and his wife and daughters entered Britain with millions of dirty cash. In 2009, Shahid Uddin Khan invested millions of pounds in the United Kingdom in exchange of obtaining immigrant status under Visa Tier 1, vide VAF No. 511702. The family had laundered an unknown amount of money and brought that into the United Kingdom via United Arab Emirates and few more countries, while Shahid Uddin Khan had invested over 18 million pounds for buying citizenship under Britain’s scandalous ‘Golden Visa’ scheme.