Radical Muslim with past record of conviction, Humza Yousaf and his Islamist cohorts have intensified cruel media offensives on their political opponents with the agenda of tightening grip over Scotland politics. It was earlier predicted by several news outlets about Yousaf’s ambition of becoming the next Prime Minister of the country.

Dubious past of Humza Yousaf

Humza Yousaf, a self-proclaim Pakistani-Scottish Muslim was charged with driving without a license when he was Transport Minister. He is also responsible for the writing of a proposed hate crime bill that is being pushed through Scottish parliament, and which will see freedom of speech restricted in true sharia fashion. He’s doing this in spite of police, sheriffs, media, and politicians coming out to tell us that his bill will paralyze free speech.

Scotland is divided by sectarianism between Catholics and Protestants. Football is the God of many in Scotland, with Catholics supporting Celtic (IRA) and Protestants (UDA) supporting Rangers. That’s a very real hatred and danger that Humza and SNP could be addressing, but Humza would rather focus on criticism of Islam instead. Meanwhile the Catholics and Protestants are at each other’s throats and can chant songs about killing each other, and that’s all fine. It doesn’t fall under any Hate Crime legislation. Humza is a huge Celtic fan, and this Irish sectarianism in Scotland is problematic because at present, Hezbollah are providing the New IRA with weapons. The New IRA have been arrested in Edinburgh. They have a foothold on Scottish soil. ISIS and the IRA proposed teaming up to launch a car bomb campaign. Celtic supporters, the IRA and Islamists have a common enemy – the British army, the monarchy, and the English in general. Humza and the SNP are sympathetic to the Catholic Irish cause, with one MSP saying that murderers are ‘freedom fighters’, which forced Nicola Sturgeon to have to publicly apologize to the families of the victims.

An offshoot of Celtic supporters in Glasgow is a group called the Green Brigade. After George Floyd’s death, this group of Celtic supporters put street signs of black people’s names across Glasgow’s Merchant City. They also came out to “say no to racism” after the killing by the police of a Muslim asylum seeker who went on a stabbing rampage in the city. These are Humza’s mates. When Protestants came out to defend the statues in George square, Humza slated them for their peaceful demonstration, calling them “racist thugs.” He didn’t slate the Green Brigade, who came out to riot and tear statues down together with BLM supporters and Antifa.

Humza, an open defender of criminals

Humza Yousaf had publicly defended Omar Sadiq – a violent criminal and drug lord who was a blight on the city of Glasgow. He was part of an organized crime gang, and he served prison time for ramming one of his rivals off the road in his car while being in possession of firearms. It’s safe to say that Omar is not a very nice person. With the Pakistani Muslim community being as tight-knit as it is, it also comes as no surprise to learn that Omar is connected to Imran “Baldy” Shahid and his brother Zeeshan Shahid, as well as to Faisal Mushtaq, three Muslim males who were jailed for the murder of Kriss Donald, in what is described as Scotland’s most horrific racially motivated murder ever.

All of us know, Scotland is a target of radical Islam. Publicly-known high-profile attacks include the bombings on Glasgow airport in 2007 and the more recent cases of Aqsa Mahmood, a Scottish Muslim woman who joined Islamic State (ISIS) in Syria, and ‘Betty the Bomber’, a Glaswegian jihadist who came under the radar of police and security forces. What we don’t know is – the size of radical Muslims, particularly from Asian nations are gradually increasing in Scotland, while religious hatred are being regularly spread through the mosques and Muslim community centers.

English voters are far more conservative than the Scottish and are perceived to be holding them back from creating a Scandinavian-style socialist state. Humza once said that: “You have to keep being radical with your ideas”. His age, looks and charisma have undoubtedly made it easier to entice the Scottish into his “radical” agenda.

Prior to his election to the Scottish Parliament in 2011, Yousaf had been a media spokesman for Islamic Relief, a charity that has been accused on a number of occasions of being a front group for radical Islamism. Yousaf was a volunteer for Islamic Relief since the age of 10.

Yousaf was also heavily involved in a community radio station for over a decade and helped organize food parcels for asylum seekers.

Humza’s rise to the top has not been without its hiccups. In 2005, whilst working for Scotland’s first Muslim MSP, he was rejected as a candidate. The selection process was reported on by the Scottish Herald because of allegations of vote rigging and the signing up of fake voters. In the end the allegations were thrown out, but the debacle delayed Yousaf’s entry into parliament by one full term.

Humza Yousaf was also embroiled in a financial scandal after his cousin Osama Saeed – a former Muslim Brotherhood spokesman – was awarded £400,000 for a Muslim festival entitled “IslamExpo”. In the end no festival took place and the staff working on the project were reported to have mainly been members of his own family. In the end Saeed repaid £128,000 of the money that was awarded to him. As a director of the foundation the debacle undoubtedly caused Yousef public embarrassment but he did stick by his cousin. 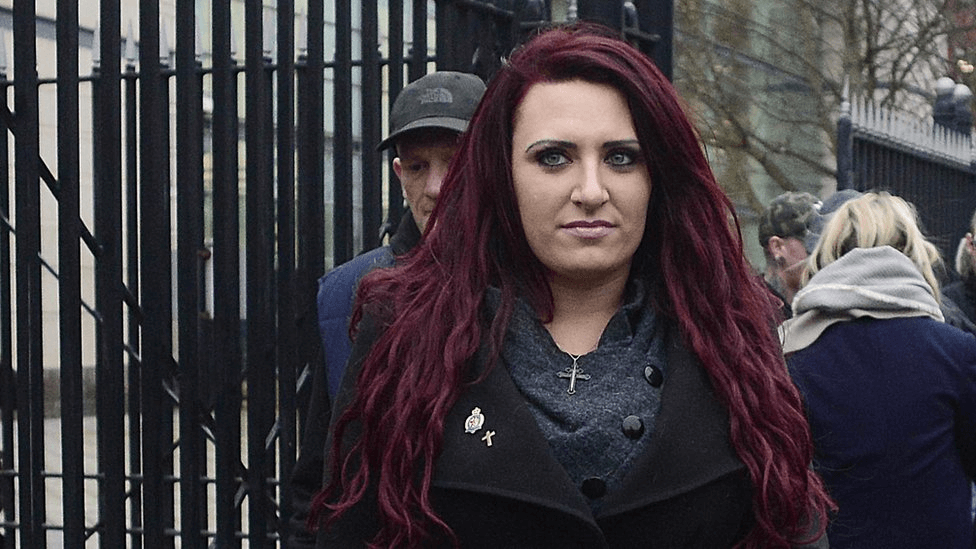 Pakistani-Scottish Muslim minister Humza Yousaf has been using news and social media in suffocating the voices of his political opponents as well as those confronting radical Islam and jihad. In a recent report, Scottish newspaper The record branded Humza’s political opponent Jayda Fransen as “convicted racist”. Fransen is the deputy leader of the British Freedom Party.

Recently Jayda Fransen [Jayda Kaleigh Fransen] announced saying: I am going to be standing in the Scottish elections in May against these SNP commie, Marxists, naughty people.”

Pro-Humza media also are demonizing Glaswegian Finnie, the Scottish organizer of the British Freedom Party who was a BNP candidate for Glasgow East in the 2010 general election.