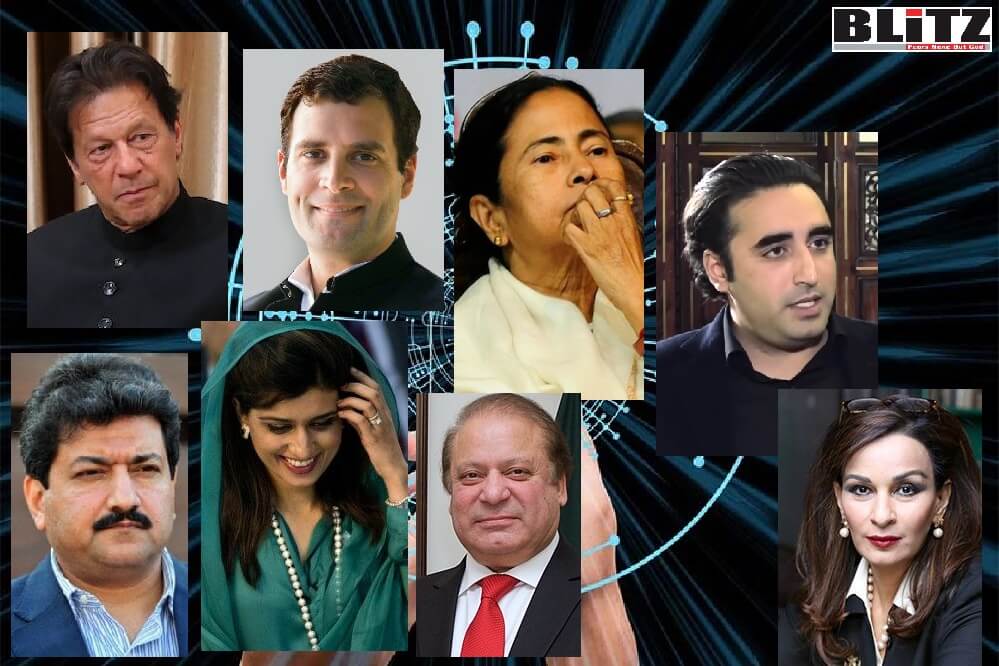 Large number of leading politicians, and even prime ministers and ministers in the world have fallen victims of Israeli spyware Pegasus. According to media reports, while Indian authorities have been intercepting phones of Congress leader Rahul Gandhi and few other key politicians, including West Bengal’s chief minister Mamata Banerjee, in Pakistan, country’s spy agency Inter Service Intelligence has been regularly spying on the mobile phones of Prime Minister Imran Khan as well as several key politicians, including Mia Nawaz Shahrif, Bilawal Bhutto Zardari, Hina Rabbani Khar, and Sherry Rehman. Pakistani ISI has also intercepted phone of Hamid Mir and several senior journalists in the country.

According to global investigation, several prominent politicians in India, including Rahul Gandhi was targeted through Israeli-made Pegasus spyware program. While buying this spyware from NSO Group, Indian intelligence had told the Israeli company that it was in need of Pegasus to intercept telephone communications of terrorist and radical Islamic militancy groups inside the country.

Forbidden Stories – a Paris-based journalism nonprofit – and Amnesty International had access to a leak of more than 50,000 records of phone numbers that NSO clients selected for surveillance. The leak was shared with 17 news organizations worldwide that have worked collaboratively to conduct further analysis and reporting over past months. This newspaper also is looking for obtaining a copy of the report from Forbidden Stories.

Project Pegasus partners The Guardian and the Washington Post, as well as the Indian newspaper The Wire, revealed Monday that Rahul Gandhi, Indian Prime Minister Narendra Modi’s biggest political rival, was selected to be a target at least twice.

The database only includes potential targets – a wish list of sorts from NSO’s clients – and not verified targets. But traces of NSO software were found in more than 85 percent of the analyses conducted by Amnesty International on iPhones that were used by potential victims across the world at the time of their number’s selection.

According to the Pegasus Project investigation, out of the 50,000 phone numbers leaked, over 1,000 Indian numbers were selected as potential targets. According to The Guardian, the numbers “strongly indicate that intelligence agencies within the Indian government were operating the system.”

Among those potentially targeted in India were two of Gandhi’s closest advisors – Alankar Sawai and Sachin Rao – and Ashok Lavasa, a senior Indian election official. The local head of the Bill and Melinda Gates foundation, M. Hari Menon, was also tapped as a potential target.

Additional potential targets included Pakistani officials, including a number once associated with Pakistani leader Imran Khan. They also included Kashmiri separatists, leading Tibetan religious figures and even an Indian supreme court judge. Imran Khan did not respond to a request for comment from the Washington Post.

Rahul Gandhi, who said he changes phones every few months to avoid being hacked, said in response: “Targeted surveillance of the type you describe, whether in regard to me, other leaders of the opposition or indeed any law-abiding citizen of India, is illegal and deplorable.

“If your information is correct, the scale and nature of surveillance you describe goes beyond an attack on the privacy of individuals. It is an attack on the democratic foundations of our country. It must be thoroughly investigated, and those responsible be identified and punished.”

According to an analysis of the Pegasus Project records, more than 180 journalists were selected in 21 countries by at least 12 NSO clients. The potential targets and clients hail from Bahrain, Morocco, Saudi Arabia, India, Mexico, Hungary, Azerbaijan, Togo and Rwanda.

The Amnesty International Security Lab conducted forensics analyses of cell phones targeted with Pegasus as part of the project. Their findings are consistent with past analyses of those targeted with NSO’s spyware, including the case of dozens of journalists allegedly hacked in the UAE and Saudi Arabia, identified by Citizen Lab in December of last year.

India is Israel’s biggest arms market, buying around $1 billion worth of weapons every year, according to Reuters. The two countries have grown closer since Modi became Indian prime minister in 2014, widening commercial cooperation beyond their longstanding defense ties. Modi became the first sitting Indian leader to visit Israel in July 2017, while former Prime Minister Benjamin Netanyahu held a state visit to India at the start of 2018.

NSO issued a response to the 17 media partners led by the journalism nonprofit Forbidden Stories and Amnesty International, calling the leak an “international conspiracy.”

“The report by Forbidden Stories is full of wrong assumptions and uncorroborated theories that raise serious doubts about the reliability and interests of the sources. It seems like the ‘unidentified sources’ have supplied information that has no factual basis and are far from reality,” the company said in the statement.

“After checking their claims, we firmly deny the false allegations made in their report,” NSO’s statement said.

Based on the geographical clustering of the numbers on the leaked list, reporters identified potential NSO Group clients from more than 10 countries, mostly (but not always) one per country.

NSO Group insists that it sells its software only to governments, suggesting that the clients in these countries represent intelligence services, law enforcement agencies, or other official bodies.

What is the meaning of being infected by Pegasus spyware?

Many people targeted by Pegasus have reported receiving text messages attempting to trick them into clicking on an accompanying link. The experience can be frightening and extremely invasive, even before any infection occurs.

Carmen Aristegui, a Mexican investigative journalist, received dozens of messages impersonating the US Embassy in Mexico, her colleagues, and even her bank and phone company.

“Carmen my daughter has been missing for 5 days, we are desperate, I would be grateful if you help me by sharing her photo,” read one message, accompanied by a malicious link.

Aristegui’s son, then a minor, also received such texts, including a “warning” that his social media account had been compromised. “Friend, there is a pseudo account on fb and twitter identical to yours check it out so you can report it,” it read.

Such “phishing attempts,” as they are widely known, have become so commonplace that many people have learned to be on their guard.

But the Pegasus software has gradually become more sophisticated, with the most recent versions able to gain entry to a target’s mobile phone without requiring them to click on a link, or take any action at all.

Once installed, Pegasus can extract data, conversations, contacts, and call logs from the victim’s phone. It can even switch on microphones and cameras to silently record live audio and video.