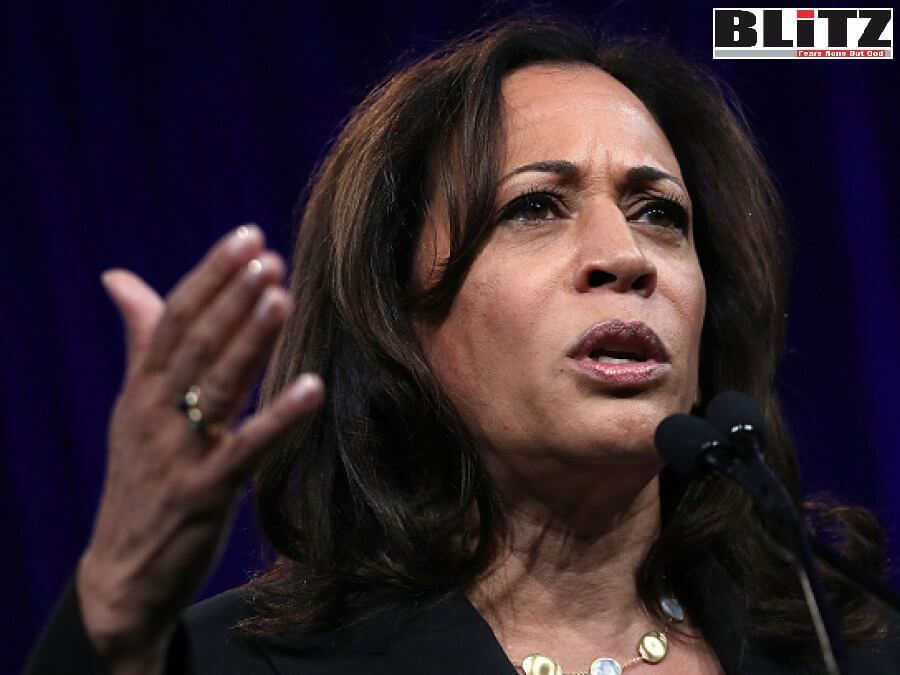 White House Press Secretary Jen Psaki had to make desperate bids of hiding the fact of Kamala Harris’ failures in addressing important issues as the Vice President of the US. According to media reports, Psaki tweeted in defense of Vice President Kamala Harris hours after a critical report alleged “exasperation and dysfunction” going on in her office.

“For anyone who needs to hear it. @VP is not only a vital partner to @POTUS but a bold leader who has taken on key, important challenges facing the country—from voting rights to addressing root causes of migration to expanding broadband”, Psaki wrote in a tweet Sunday night.

The tweet followed a report from CNN that said many of Harris’ aides feel she is being sidelined by President Joe Biden and that the vice president herself feels “constrained in what she’s able to do politically”.

Symone Sanders, a spokesperson for Harris, dismissed the report as “gossip” in a statement posted on Twitter.

“It is unfortunate that after a productive trip to France in which we reaffirmed our relationship with America’s oldest ally and demonstrated US leadership on the world stage, and following passage of a historic, bipartisan infrastructure bill that will create jobs and strengthen our communities, some in the media are focused on gossip – not on the results that the President and the Vice President have delivered”, Sanders said.

While approval ratings of Kamala Harris and Joe Biden is on fast decline, Harris during her recent France trip has been criticized for mocking French language by using French accent while visiting a COVID-19 lab in Paris.

During her overseas trip to France, Harris toured the Institut Pasteur and spoke alongside a group of scientists about the US-France alliance on scientific research.

She also made comments about how politicians should operate more like scientists. Harris then pivoted to what politicians do, mocking how they always stick to “The Plan” they campaigned on – but repeatedly appeared to change her dialect whenever she used that phrase.

“In government, we campaign with ‘The Plan’,” Harris said. “Uppercase T, uppercase P, ‘The Plan!’ And then the environment is such we’re expected to defend ‘The Plan’ even when the first time we roll it out there may be some glitches and it’s time to reevaluate and then do it again”.

The vice president’s remarks were panned as “cringe” on social media.

Kamala Harris has been widely seen as the standard-bearer for the Democratic Party in 2024 if President Biden does not run for a second term, but polls have her viewed even more negatively than her boss. A recent USA Today/Suffolk University poll showed Harris having a 28 percent approval rating among Americans, which is ten points lower than Biden.

During her France visit, Kamala Harris was asked how her trip had prepared her for the presidency as she walked out of a shop in Paris. She looked at the reporter, gave a mystic smile, but did not directly answer the question. Instead she touted the “success” of her “diplomatic mission”.

“I will tell you it was a very productive and good trip and the US has a lot of follow up to do”, she said.

“As we’ve discussed extensively over the past couple of days, this trip was about of course making clear the long-standing relationship, but also that as we go into a new era for the world that our work will continue”, Harris said.

Meanwhile, according to a source, Kamala Harris is looking for an “early end” of Joe Biden’s presidency while she considers herself as the “strongest candidate” for 2024 presidential election.