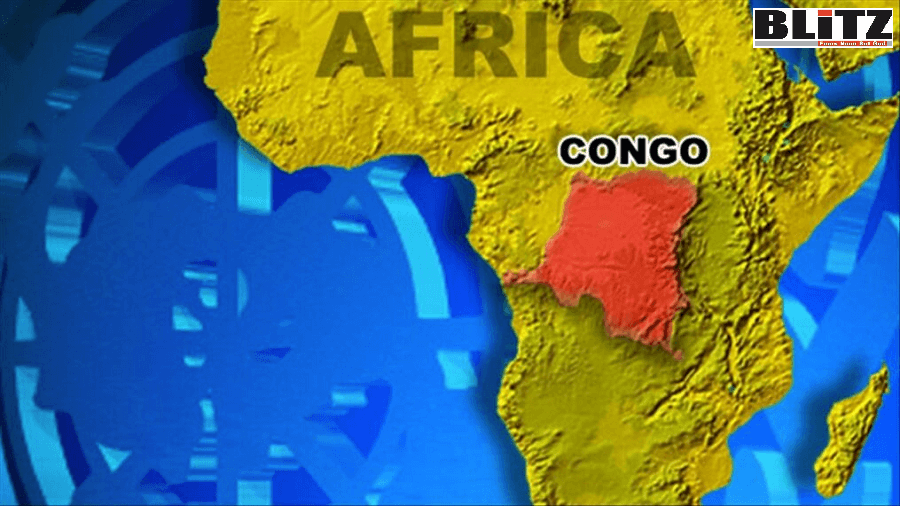 Authorities in the Republic of Congo should immediately release journalist Raymond Malonga and ensure that the press in the country can work without fear of harassment, the Committee to Protect Journalists said.

On February 2, security officers in plainclothes arrested Malonga, an editor at the privately owned Sel-Piment newspaper, at a medical clinic in Brazzaville, the capital, according to his son, Ray Malonga, and one of the heads of the clinic, Hery Noufouassa, both of whom spoke to CPJ in phone interviews.

Authorities arrested the journalist in response to a defamation complaint concerning a January 18 article in Sel-Piment, which alleged that Georgette Okemba, the wife of Jean-Dominique Okemba, a member of President Denis Sassou Nguesso’s family, had been involved in the embezzlement of public funds, according to the journalist’s son and a copy of that article on the news website Sacer Info, where it was originally published.

The journalist was taken to Brazzaville’s central prison, and remains in custody there without a court date set, according to his son and a report by the U.S. Congress-funded broadcaster Voice of America.

Noufouassa told CPJ that the journalist had been undergoing treatment for malaria and an infection when he was arrested, saying, “His condition was not good. He was even staggering.”

Ray Malonga told CPJ that his father remained “in a critical condition” in detention and that the medical service of the prison asked them to pay for “10 medical tests” to be performed in a military hospital.

“The arrest of journalist Raymond Malonga from a medical clinic bed and his prolonged detention over a defamation complaint is outrageous. He must be freed immediately,” said Angela Quintal, CPJ’s Africa program coordinator, in New York. “The laws of the Republic of Congo should protect the press, not intimidate those who are critical of the country’s powerful.”

The Superior Council for Freedom of Communication (CSLC), the country’s media regulator, suspended Sel-Piment on January 21 over the same report about Okemba, according to local media reports and Philippe Mvouo, the regulator’s president, who spoke to CPJ over the phone; Mvouo told CPJ on March 8 that the suspension had since been lifted.

Sel-Piment is a satirical weekly newspaper known for its criticism of Sassou Nguesso’s ruling Congolese Party of Labor (PCT), according to Voice of America. The country is scheduled to hold presidential elections on March 21, with Sassou Nguesso, who has been in power for 36 years, running for reelection, according to that report.

Okemba’s complaint also names Stany Franck, the author of the original Sacer Info article, and authorities allege that he committed the same offenses and are seeking his arrest, according to a February 9 arrest warrant cited in a court document, which CPJ reviewed.

Jean Charles Maniongui, president of the National Press Union of Congo (UPPC), a coalition of local press associations, told CPJ in a phone interview that the country’s laws allow for defamation disputes to be adjudicated through the CSLC.

He said the laws are meant to bar journalists from being arrested for their work, and called Malonga’s detention “an attack on freedom of expression.”

Article 198 of the 2001 Law on Freedom of Information and Communication, which CPJ reviewed, allows for criminal defamation proceedings, and penalties of up to one year in prison.

Okemba’s lawyer, Andre François Quenum, told CPJ over the phone that Okemba had filed a defamation suit, and the court had added the false news and slanderous denunciation allegations.

Mvouo told CPJ that the regulator had suspended Sel-Piment “as a precautionary measure to protect the journalist from legal proceedings.” He told CPJ that he had sought to prevent Malonga’s arrest by speaking to the prosecutor, but was told not to interfere in the case.

Mvouo added that, prior to his February 2 arrest, Malonga had failed to comply with three summonses issued by the public prosecutor in relation to the January 18 article. Ray Malonga told CPJ that his father was ill and entrusted the case to a lawyer, who was unable to comply with the first summons before the second arrived, and then the journalist was arrested shortly thereafter.

On February 15, Malonga’s children wrote a letter to Georgette Okemba, which CPJ reviewed, apologizing for any offense caused by their father’s work.

CPJ was unable to find contact information for the prosecutor in Malonga’s case.

Malonga was imprisoned in 2013 for allegedly defying a nine-month suspension of Sel-Piment, as CPJ documented at the time.