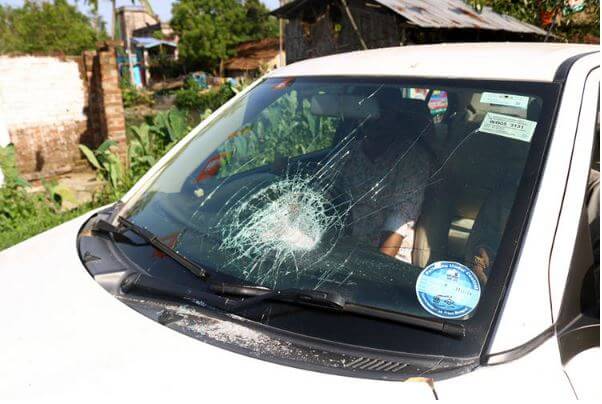 The chief election officer of West Bengal should immediately intervene to prevent attacks on journalists covering the ongoing elections in the state, and the state government should ensure that those involved in the attacks are held accountable, the Committee to Protect Journalists said.

On May 6, supporters of the ruling All India Trinamool Congress party threw stones and bricks at cars carrying journalists from news channels NewsX, Zee News, and R Plus, and the Indian Express and Sambad Pratidin newspapers, injuring several, while the journalists were covering elections in West Bengal, according to statements from the Editors Guild of India, the Indian Express, and Sambad Pratidin.

“We are concerned about the multiple attacks against journalists trying to report on elections in West Bengal and urge the election commission and authorities to hold the perpetrators to account,” said CPJ Program Director Carlos Martinez, in New York. “Journalists must be able to do their jobs safely for there to be free and fair elections.”

Joyprakash Das of the Indian Express told CPJ that while he and other journalists were covering the arrival of a Bharatiya Janata Party candidate to a polling place in Barrackpore, supporters of the Trinamool party, some yelling slogans in support of the party and others carrying the party flag, blocked the way of the candidate and the journalists’ vehicles and started throwing stones.

“It was like a shower of stones. All the windows of our car broke as my photographer Shashi Ghosh and I crouched inside the car to save ourselves,” Das said. He told CPJ that broken glass cut his face and Ghosh was hit in the head by a stone; the pair went to a local hospital for treatment and were discharged later that day.

The crowd also threw stones at NewsX reporter Tapas Sengupta, hitting him in the head, and photographer Rony Santra, injuring his hand, according to Indian news portal Newslaundry. The journalists went to a local hospital where Sengupta was given a CT scan before both were discharged, according to Newslaundry.

R Plus reporter Sharnendu Das was also hit by stones thrown by the crowd, the reporter told CPJ. Glass from the broken car windows cut his hand; yesterday, doctors removed pieces of glass from his hand at a hospital, he said.

Komolika Sengupta, a reporter with Zee News, was injured as groups of Trinamool and Bharatiya Janata Party supporters threw rocks at one another while her car was nearby, as seen in videobroadcast by Zee News. Her hand was injured and her car windows were broken, according to the broadcast.

In another incident on May 6, in the Hooghly district of West Bengal, a crowd of people shouting slogans against a Bharatiya Janata Party candidate attacked reporter Nabyendu Hazra and cameraman Rajiv Dey of the Bangla news daily Sambad Pratidin while they were covering the election, according to a report by their employer.

The crowd “specifically targeted journalists” near the polling station, punching and kicking Hazra, he said in the report. “We had to plead to them to let us go.”

The journalists filed a complaint at the local police station before leaving the area, the report said.

The Editors Guild of India statement also alleged that journalists from Kolkata-based broadcaster ABP Ananda were attacked in West Bengal on May 6. CPJ called the broadcaster, but a representative declined to comment on the incident.

The chief election officer of West Bengal, Ariz Aftab, who is charged with maintaining order during the elections, acknowledged that at least five journalists were injured on May 6, according to the Press Trust of India news agency.

The Election Commission of West Bengal and the All India Trinamool Congress party did not respond to CPJ’s requests for comment via email and text message.

CPJ’s text message to Derek O’Brien, the Trinamool Congress leader in the upper house of the Indian parliament, did not receive a response.

General elections are currently ongoing throughout India, and CPJ has issued special advisories for journalists covering the elections, available in English, Hindi and Telugu.