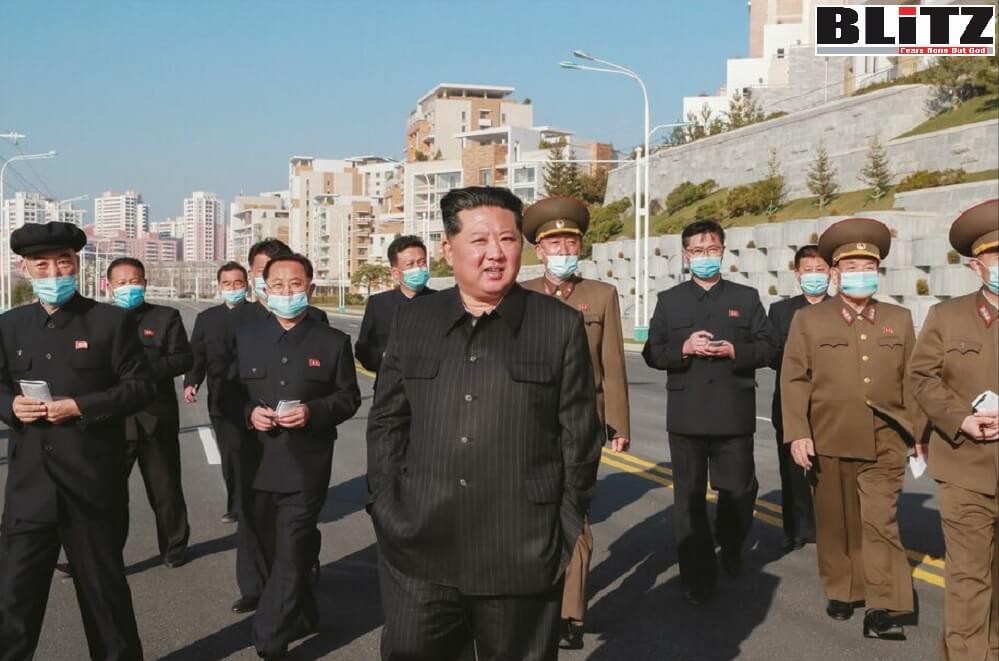 Kim Jong Un received a congratulatory letter from the Central Standing Committee of the General Association of Korean Residents in Japan (Chongryon) on April 15, reports KCNA.

The letter paid highest tribute to the great leader Generalissimo Kim Il Sung on the Day of the Sun, his birth anniversary, and extended the highest glory and warm congratulations to the respected Marshal Kim Jong Un who is leading to victory the Juche cause and the patriotic cause of Chongryon pioneered and guided by the great leaders.

Generalissimo Kim Il Sung is the savior of the nation who founded the immortal Juche idea and accomplished the historic cause of national liberation and the founder of socialist Korea who led the Fatherland Liberation War to shining victory and thus built a dignified powerful country independent in politics, self-supporting in the economy and self-reliant in defence, a paradise of the people, in the homeland, the letter said, and went on:

He is the eternal leader who still takes warm care of Chongryon officials and Korean residents in Japan and pushes the movement of Koreans in Japan along the road of victory with his benevolent image as the sun.

The letter expressed the resolution to focus all efforts on the education of posterity with national education put at the centre of its organization buildup and patriotic activities and to intensify the struggle for championing and enlarging the democratic national rights of the Koreans in Japan.

It wished Kim Jong Un good health for the victorious advance and rosy future of the Juche cause and the patriotic cause of Chongryon.

Greetings from President of DR Congo

In the message the president of DR Congo, on behalf of the government and people of his country, expressed deep reverence for President Kim Il Sung , a distinguished great man who is always alive in the hearts of the Korean people, on the occasion of the 110th birth anniversary of him, the founder and eternal President of the DPRK.

The message wished Kim Jong Un good health and big success in his work for carrying forward the nation-building cause of the preceding leaders.

The letter said that April 15, 1912 when President Kim Il Sung was born in time-honored Mangyongdae as the sun of national salvation was the great auspicious day of the nation that heralded great fortune for it and a day of the historic event when the era of independence dawned all over the world.

It noted that 80-odd years of his whole life was recorded as the most sacred annals in which he performed great immortal exploits before the country and nation, the times and history along with the 20th century which witnessed unprecedented events and remarkable changes in the history of the Korean nation and the world politics.

It said that the revolutionary cause of Juche pioneered by President Kim Il Sung and successfully advanced by Chairman Kim Jong Il century after century has now greeted a golden age thanks to the respected President of the State Affairs Kim Jong Un .

Thanks to the politics of love for the people pursued by Kim Jong Un , president of the State Affairs of the DPRK, making ceaseless journey of dedication for the people by carrying forward the noble idea of believing in the people as in Heaven, the lifetime opinion of President Kim Il Sung , hurrahs for the great people are heard far and wide in the homeland of Juche though natural disasters sweep across the world and global pandemic threatens lives of people, the letter added.

It stressed that they would uphold the policy of independent reunification clarified by Kim Jong Un as an only coordinate, arouse the people from all walks of life to the struggle against all sorts of reactionary forces, sycophantic traitorous and separatist, and thus bring earlier a new independent world free from the outsiders, a new morning of reunification when all the fellow countrymen in the south and the north of Korea and abroad would live in peace and harmony as members of one and the same nation.

Comrade Kim Jong Un received a congratulatory letter from the General Association of Koreans in China (GAKC) on Friday.

The letter said as there is April 15, Juche 1(1912) when the great leader Generalissimo Kim Il Sung rose as the sun of Juche shouldering upon himself the destiny of the country and its people, the Korean nation could become the most dignified nation that successfully carved out its destiny under the guidance of the sun of the nation for the first time in its history of 5 000 years.

President Kim Il Sung is an outstanding leader who set a shining example in accomplishing the cause for independence of the popular masses under the uplifted red flag of Juche all his life, an iron-willed brilliant commander who defeated the two formidable imperialist enemies in one century and created the proud traditions of invincibility in the confrontation with the imperialism and the U.S. and also a peerlessly elder statesman and great master of independent politics who led the two stages of social revolution and socialist construction to victory to turn our country into an invincible socialist power, the letter noted, adding:

He is a great revolutionary and matchless patriot who performed gigantic exploits to shine long before the country, the nation, the times and history with his distinguished idea, unusual leadership and noble virtues under the uplifted banner of independence from the first day of embarking on the road of the revolution to the last moments of his life.

The revolutionary cause of Juche pioneered by him and led to victory by the great General Kim Jong Il is making steady victorious progress century after century as there is the respected Marshal Kim Jong Un , another peerlessly great man.

The letter stressed that they would build up the GAKC as ranks of loyalists and patriots and make tangible contributions to the patriotic work for the homeland, keeping in step with its people striding forward for the overall development of socialist construction.