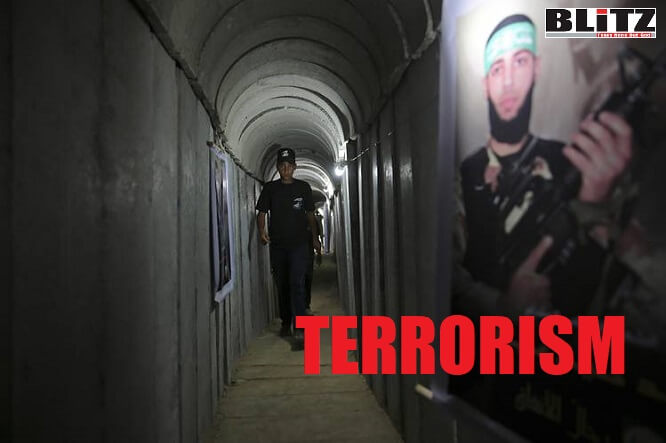 Palestinian terrorist attacks are not driven solely by the desire to kill as many Israelis as possible. Sometimes the intent is to provoke a harsh Israeli response. Other times, the aim is to shore up public support or outbid rival Palestinian factions.

The distinction often is driven by ideological and political calculations. For example, Islamist groups often try to disrupt the Israeli-Palestinian peace process, whereas organizations affiliated with the Palestine Liberation Organization (PLO) are reticent when it comes to taking responsibility for some attacks to maintain international legitimacy.

These are among the findings in a new study published in the Canadian Network for Research on Terrorism, Security and Society (TSAS) about what drives Palestinian terrorism.

The peer-reviewed study uses data from the Global Terrorism Database (GTD) to analyze attacks according to various Palestinian terrorist perpetrators, including extremist Islamist groups, like Hamas and the Palestinian Islamic Jihad (PIJ), secular-nationalist groups, such as Fatah and other PLO-affiliated groups, and unattributed assailants. By 2005, the Israeli-Palestinian conflict changed dramatically following Israel’s unilateral withdrawal from Gaza and Hamas’ violent takeover of the Strip. But many of the study’s insights apply to recent developments.

After the first Oslo Accords were signed in 1993, Israel experienced a wave of deadly suicide bombings and other Palestinian terrorist attacks. Many of the most gruesome attacks seemed to occur in the lead-up to a major event associated with the Israeli-Palestinian peace process. The TSAS study shows that Hamas and the PIJ significantly escalate violence shortly before peace negotiations or agreements.

From 1987-2004, Islamist terrorist groups also increased their average monthly attacks by 84 percent in the three months prior to Israeli elections, but only during left-wing Labor Party rule. And their strategy worked. In February 1996, a Hamas suicide bombing killed 23 Israelis, helping Likud Prime Minister Benjamin Netanyahu win national elections three months later and disrupting the Taba peace negotiations in May.

Other types of indiscriminate Israeli concessions that reward the broader Palestinian population, like an Israeli military withdrawal or curfew lift, also lead to a slight uptick in attacks from emboldened Islamist factions.

Relatively more moderate Palestinian factions, however, are more likely to formally accept Israeli concessions and temporarily scale back violence to give the peace process some room for progress.

Interestingly, most of the GTD’s coded attacks, including Palestinian terrorism, are unattributed, meaning there was no clear claim of responsibility. Some of these attacks, which are difficult to model, are carried out by people without an organizational affiliation, fueled by various factors including historic grievances, financial incentives, and systematic Palestinian incitement. The Palestinian Authority (PA), along with other Palestinian factions, often glorify suicide bombers as heroes and encourage Palestinian youth to emulate previous terrorists.

Last week, the European Parliament passed a resolution that strongly condemned the PA for continuing to incite violence against Israelis in Palestinian textbooks. The PA also spends a considerable part of its budget paying salaries to suspected terrorists and their families, fueling generations of Palestinian attackers.

Unattributed attacks may also involve perpetrators with organizational ties. The TSAS study explains why some of these unclaimed attacks were likely directed or encouraged by Fatah or other PLO-affiliated groups. First, Islamist groups like Hamas and the PIJ are more likely to take credit for an attack than secular nationalist organizations, perhaps because religious groups have more of an incentive to signal resolve to their strong social networks or they may be less fearful of retaliatory responses. Palestinian Islamist groups are also more likely to execute deadlier and well-planned attacks, which rarely go unclaimed.

Following the start of the peace process, Fatah and other groups associated with the PLO had more of an incentive to maintain plausible deniability for terrorist attacks, as moderate factions sought to gain legitimacy among the international community. However factions under the PLO umbrella continued to encourage supporters to increase costs on Israeli governments and seek further concessions, especially considering elaborate terrorist plots are easier to foil.

Other Israeli government counterterrorism responses are explored throughout the report. For example, widespread coercive measures, like checkpoints, curfews, or border closures, lead to a marginal uptick in attacks from across the Palestinian terrorist spectrum. On the other hand, direct concessions to Palestinian terrorists and suspected perpetrators – such as early prisoner releases – lead to significant increases in Palestinian violence in the subsequent month.

Experts debate which measures among Israel’s multi-faceted counterterrorism approach, from defensive barriers to offensive operations, helped defeat the Second Intifada. But the TSAS study shows that major Israeli military campaigns during the violent uprising have a mixed record – reducing violence temporarily in some cases but not in others. Findings also show that discriminate repressive actions, like targeted killings or terrorist detentions, have no statistically significant effect on Palestinian terrorist violence in the short-term, compared to other factors. However, denial strategies, like hardening targets, are associated with a longer-term reduction in Palestinian violence. Israeli authorities recently foiled a potentially devastating Hamas terrorist plot after the terror cell deemed the initial target, Jerusalem’s Teddy Stadium, too difficult to penetrate.

Among all the variables considered, Israel’s security barrier along its West Bank border is the only measure associated with a major and consistent decline in Palestinian violence during the time period under study.

The report is also the first to identify seasonal fluctuations in Palestinian terrorism. The months March, April, and May are associated with a significant increase in extremist faction attacks. These spring months are characterized by low Palestinian agricultural harvests and good weather conditions that are ideal for planning attacks. Like other armed conflicts, terrorists and insurgents often have other jobs and responsibilities – such as farming and other roles in the agricultural sector, a major component of the Palestinian economy. But these three months also feature several major Jewish or Israeli holidays, including Passover, Shavuot, and Israel’s Independence Day. Some of the most devastating Palestinian terrorist attacks have taken place during Jewish holidays in an effort to maximize civilian casualties and spread fear during family occasions. In March 2002, Hamas carried out a suicide bombing in a hotel in Netanya during a Passover celebration, killing 30 people and injuring 140 others.