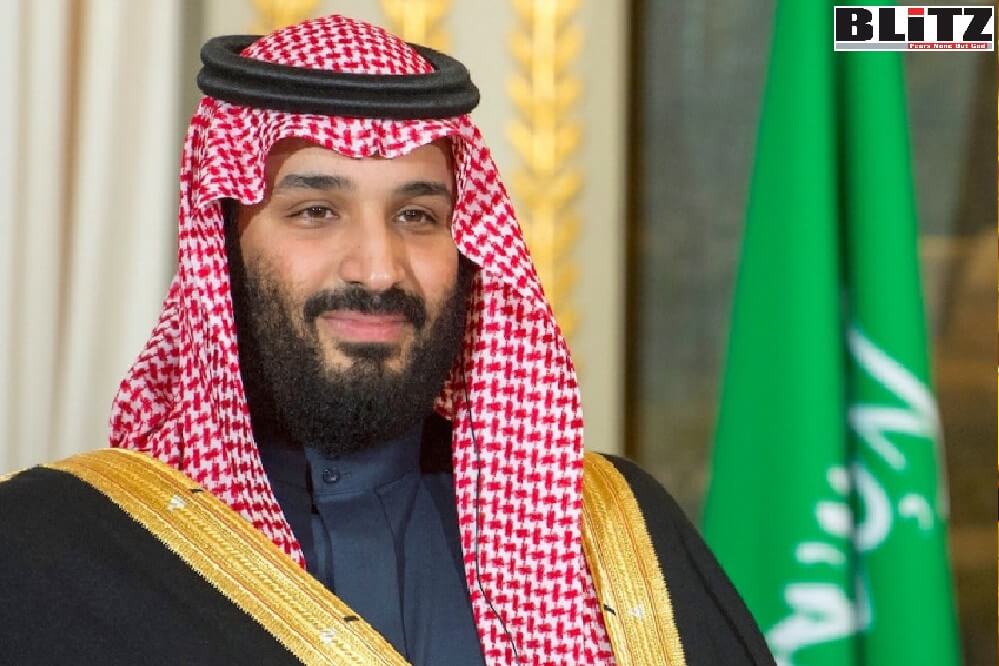 Simon Henderson, Director of the Bernstein Program on Gulf and Energy Policy at the Washington Institute for Near East Policy (WINEP), spoke to Marilyn Stern, communications coordinator at the Middle East Forum in a May 24 Middle East Forum webinar about the rise of Crown Prince Mohammed bin Salman in the Kingdom of Saudi Arabia.

During his six years as crown prince and de facto ruler of Saudi Arabia, Mohammed bin Salman has been “break[ing] the mold” of how the kingdom is governed. It appears likely (if far from certain) that the 35-year-old Mohammed bin Salman will formally accede to the throne when his father dies and, if longevity of past Saudi monarchs is any guide, rule the kingdom for the better part of the next half-century. Outside observers are divided as to whether the Saudi Crown Prince will be the kingdom’s “salvation” or a threat to the “stability” of Saudi Arabia “and perhaps … [to] American interests in the Middle East,” said Henderson. Henderson offered his assessment of Mohammed bin Salman in terms of the young crown prince’s social impact, economic policy, views on technological development, political rule, and diplomatic relations.

For many decades, Saudi Arabia was led by a coalition between the royal family and the ulema, ultra-conservative Islamic clerics. Saudi Crown Prince Mohammed bin Salman has destroyed this formula on two counts – the ulema have been sidelined, and much of the rest of the Saudi royal family, which once ruled by consensus, has been sidelined, leaving decision-making largely in the hands of Mohammed bin Salman and his father, the ailing King Salman. At Mohammed bin Salman’s behest, major socio-cultural reforms have been enacted, from restricting the power of religious police to advancing women’s rights and opening the country to foreign influences.

While Saudi Arabia has the largest reserves of easily accessible oil in the world, Mohammed bin Salman is attempting to reduce the kingdom’s dependence on oil production by diversifying its economy. He is placing a greater emphasis on the role of developing the technological proficiency of his subjects. Because the Saudi Crown Prince is relying on oil revenues to finance this plan, known as Saudi Vision 2030, and oil prices have been low in recent years, prospects for achieving his goal of making Saudi Arabia one of the most technologically advanced countries in the Middle East remain uncertain.

One of Mohammed bin Salman ‘s more ambitious projects is the planned construction of the “futuristic” city of Neom in northwestern Saudi Arabia as tourism hub and “technological hotspot for investment from all over the world.” Mohammed bin Salman is hoping to draw global investment to offset the $500 billion cost of the proposed city, but Henderson believes the crown prince’s “imaginative … [and] grandiose” idea is a “stretch” and “a project too far.”

Mohammed bin Salman’s ambition to remain the sole arbiter of power in the kingdom will depend on the extent to which the young population of highly educated and gainfully employed Saudis he is cultivating will be content with his making decisions for them.

The Saudi Crown Prince has also transformed Saudi foreign policy, particularly with respect to Israel, which he sees as a valuable potential ally against the threat from Iran. He shares Israel’s “disquiet” over the 2015 Iran nuclear deal and the prospect of the Biden administration resuscitating it and making far-reaching “concessions” to Tehran. Furthermore, Mohammed bin Salman believes that Israel’s innovative technology sector makes it a “natural partner” for cooperation and trade with Saudi Arabia as his economic vision for the kingdom comes to fruition. Though Saudi Arabia has not yet officially established diplomatic relations with Israel, his muted response to the recent Israeli war against Hamas underscores how much has changed in the Saudi-Israeli relationship.

In other respects, Mohammed bin Salman’s stewardship of Saudi policy has been lacking. He embarked on an “unfortunate adventure” in 2015 when he led his kingdom to intervene in the civil war in neighboring Yemen. The Saudi Crown Prince anticipated that the Saudi-led intervention would result in a “quick victory” over Iran-backed Houthi rebels, but instead he has become entangled in its civil war for six years with no end in sight. Iran, Saudi Arabia’s “rival,” has been able to exploit this “debacle” to drain Saudi resources and humiliate Mohammed bin Salman.

Henderson concluded that while there have been positives in Mohammed bin Salman’s reign, there have also been “rather too many” negatives, and multiple “challenges” lie ahead for the crown prince and the kingdom. The next 50 years of Mohammed bin Salman rule remains “a question mark” and “will be a great indication about how the rest of the Middle East is going to go.”