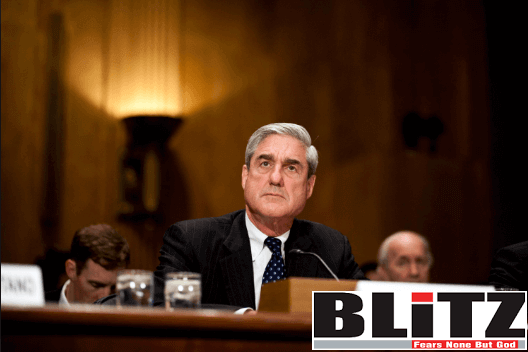 His final report and a statement on May 29 by Special Prosecutor Robert Mueller surrounded a key finding of “no Trump-Moscow conspiracy” with innuendo and loaded language, news analysts and prosecutors said.

Rule 3.8(f) of the American Bar Association’s rules of professional conduct states: “The prosecutor in a criminal case shall … refrain from making extrajudicial comments that have a substantial likelihood of heightening public condemnation of the accused.”

Prosecutors and pundits alike said Robert Mueller shredded that rule at his May 29 press conference.

“I’d have been crucified under this rule for a ‘not innocent’ comment about an uncharged party,” a former federal prosecutor told The Federalist. “I literally cannot fathom holding a press conference to say that an uncharged person was not innocent.”

Writing for The Washington Times on May 29, Rowan Scarborough noted that Mueller’s “exhaustive report on Russian election interference marginalizes its most important finding: There was no Trump-Moscow conspiracy.”

Jack Langer, spokesman for Rep. Devin Nunes, California Republican, told Scarborough: “The Mueller report continued a pattern evident in the Mueller indictments. Pack the documents with vague insinuations of collusion while downplaying the actual findings that there was no collusion.”

Jeff Danik, a retired FBI supervisor, told The Federalist: “I wish these former FBI directors would learn their lessons: keep your mouths shut unless you’re referring a case for prosecution.”

During his May 29 statement, Mueller referred to indictments against various Russian individuals and institutions for allegedly hacking American servers during the 2016 election, saying the indictments “contain allegations and we are not commenting on the guilt or innocence of any specific defendant.”

“Every defendant is presumed innocent unless and until proven guilty,” Mueller said.

The Federalist columnist Sean Davis noted that “Had he stopped there, he would have been correct. But then he crafted a brand new standard.”

Mueller said: “The order appointing the special counsel authorized us to investigate actions that could obstruct the investigation. We conducted that investigation and kept the office of the acting attorney general apprised of our work. After that investigation, if we had confidence that the president clearly did not commit a crime, we would have said so.”

Davis noted that “According to Mueller and his team, charged Russians are presumed innocent. An American president, however, is presumed guilty unless and until Mueller’s team determines he is innocent. Such a standard is an obscene abomination against the rule of law, one that would never be committed by independent attorneys who place a fidelity to their oaths and impartial enforcement of the law ahead of their political motivations.”

The New York Post said in an editorial: “Here’s the thing, though: If Mueller’s team had been able to build a collusion or obstruction case against anyone else from the Trump campaign or the Trump White House, they’d have been free to press those charges in court, and even name the president as an unindicted co-conspirator. So Mueller’s line about ‘insufficient evidence of a conspiracy’ is just a nasty way of exonerating Trump’s team.

“It also means that any obstruction would’ve been purely about the president’s actions, and only his, regarding an investigation that Trump never actually impeded. And one that the president always knew could never find collusion, because he knew he hadn’t colluded.”

The Post continued: “Beyond Mueller’s passive-aggressive digs, though, his message was another disappointment for Democrats, since it boils down to: I’m not going to help you drag this out. That is, he’s not going to add a word beyond what’s in his 450-page report on the Russia investigation — not in future public statements, not in testimony. He’s had his complete say.”

A Washington Times analysis of a redacted version of the Mueller report shows that, among its scores of bolded headlines in the table of contents, none refers to the special counsel’s paramount conclusion. Also, in the 200-page section devoted to Russia-Trump there is no “conclusion” section.

“The first words that address Mueller’s No. 1 assignment — to determine whether there was a Trump-Russia election interference conspiracy — appear in the report’s introduction on page 2, buried as the final third of a 63-word sentence,” Scarborough noted.

It reads: “Although the investigation established that the Russian government perceived it would benefit from a Trump presidency and worked to secure that outcome, and that the Campaign expected it would benefit electorally from information stolen and released through Russian efforts, the investigation did not establish that members of the Trump Campaign conspired or coordinated with the Russian government in its election interference activities.”