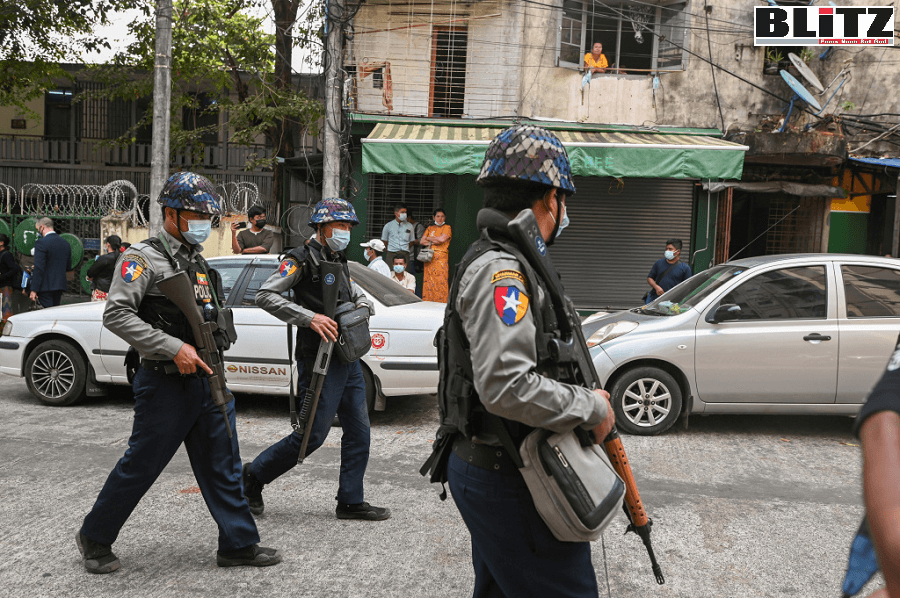 Myanmar’s military junta should drop all charges against The Irrawaddy news group, stop using legal threats to intimidate journalists covering ongoing anti-coup protests, and release all journalists in its custody, the Committee to Protect Journalists said.

On March 12, the military government charged The Irrawaddy, a privately owned newspaper, under Article 505(a) of the penal code, a broad criminal provision that penalizes the dissemination of information that could agitate or cause security forces or state officials to mutiny, according to a report by the outlet and The Irrawaddy editor-in-chief and founder Aung Zaw, who communicated with CPJ via email.

The charges stem from a February 20 video published by The Irrawaddy that allegedly showed police officers asking the family members of arrested protesters to pay 13 million kyats (US$9,200) for their release, according to Aung Zaw and the outlet’s report. Maximum penalties for convictions under 505(a) carry three years in prison, according to reports.

Separately, around noon today, men in plain clothes detained BBC reporter Aung Thura and Than Htike Aung, a reporter with local independent outlet Mizzima, while they were working outside a court in Naypyitaw, the capital, according to a report by the BBC, which wrote that the organization was unable to contact Aung Thura and that his whereabouts are unknown.

“Myanmar’s military junta must immediately drop its criminal charges against The Irrawaddy and allow the news group to report freely and without fear of reprisal. Authorities must also release journalists Aung Thura and Than Htike Aung at once,” said Shawn Crispin, CPJ’s senior Southeast Asia representative. “Journalism is not a crime and it should stop being treated as such in Myanmar.”

Soon after the February 20 video’s publication, the military-run Myanma Radio and Television claimed the video report was false, The Irrawaddy reported.

Authorities have filed 505(a) charges against at least six journalists currently held in detention, according to data shared with CPJ by the Assistance Association of Political Prisoners, a rights group, and CPJ’s reporting. The Irrawaddy, which publishes in both Burmese and English, is believed to be the first news organization–rather than individual journalist–to be charged under the criminal provision, the outlet reported.

Aung Zaw told CPJ that the charge has driven The Irrawaddy’s reporters and editors into hiding by night and that the news group has relocated its Yangon bureau to a “safe place” so they can continue reporting by day.

In connection with Aung Thura’s detention, the BBC said in a statement today, “We call on the authorities to help locate him and confirm that he is safe. Aung Thura is an accredited BBC journalist with many years of reporting experience covering events in Nay Pyi Taw.”