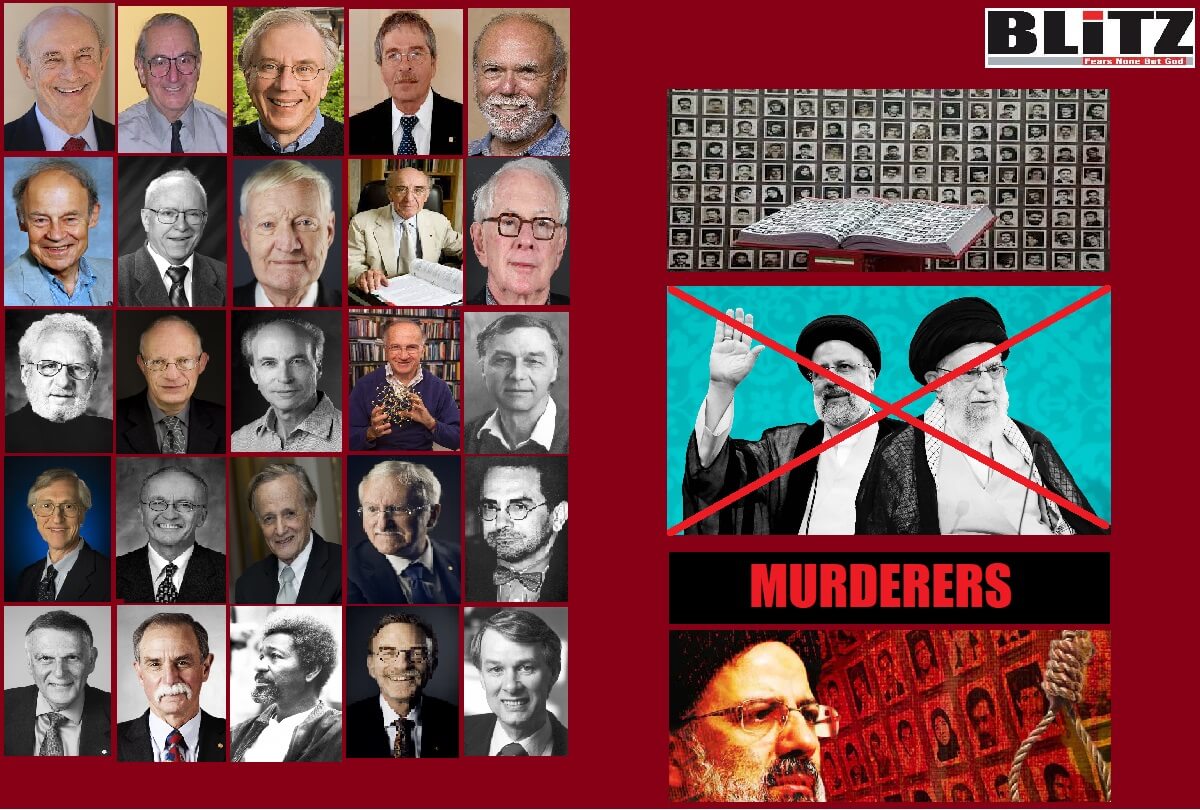 On September 8, 2021 twenty-five Nobel laureates have written a letter to UN Secretary General António Guterres demanding setting up an international commission by the United Nations to investigate the 1988-genocide committed by the Iranian mullah regime.

Blitz has already obtained a copy of the letter.

In the letter, the Nobel laureates wrote:

We, the Nobel laureates signing this letter, on the 33rd anniversary of the massacre of political prisoners in Iran, reiterate our solidarity and sympathy with the relatives and friends of those executed and also the Iranian people. We underscore the need to set up an international commission by the United Nations to investigate this enormous crime.

Thirty-three years ago, Khomeini, the founder of the religious dictatorship in Iran, issued a fatwa in his own handwriting, which said: All prisoners who are loyal to the Mujahedin-e Khalq (MEK – the main Iranian opposition movement) are considered Mohareb (one who wages war on God) regardless of the stage of their prison term, and should be executed.

Based on this fatwa, 30,000 political prisoners were executed over several weeks after being interrogated by the so-called Death Committee for two or three minutes. Those who refused to condemn the MEK were immediately sent to the execution hall. More than 90% of those executed were members and supporters of the MEK. Due to their “immunity” from punishment, members of those committees, who were the main perpetrators of the massacre, hold some of the highest positions in the Iranian regime.

Heightening the need for the formation of an International Commission of Inquiry is the fact that Ebrahim Raisi, the new president of Iran, was one of the main perpetrators of this massacre. According to various human rights authorities, including Amnesty International, the UN High Commissioner for Human Rights, and prominent international human rights experts, and according to an audio tape belonging to Ayatollah Montazeri, Khomeini’s former designated successor, Ebrahim Raisi, the then-Deputy Prosecutor of Tehran, was part of the fourmember Death Committee in Tehran. This committee executed thousands of prisoners who were members of the MEK along with several hundred prisoners affiliated with other groups in Evin and Gohardasht prisons.

The current Iranian leaders, including Ali Khamenei and Raisi, were directly involved in the 1988 massacre.

In the absence of international accountability, genocide and crimes against humanity persist in Iran. Among these are the continuation of political executions and the murder of at least 1,500 young protesters in November 2019. The regime’s attempts to conceal the fate of the victims from their families, to minimize the number of executions, and to hide the victims’ affiliation with the MEK, only add to the mullahs’ criminal record.