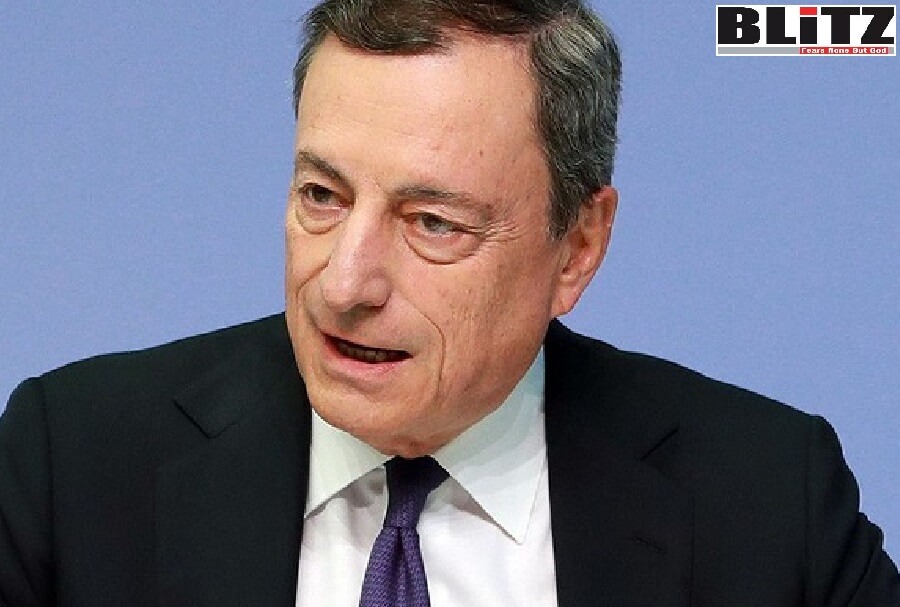 Alongside the concerns about the migrant crises and the many dossiers open in the political field, the head of the Farnesina wanted to talk about the energy opportunities that have emerged in recent years. Writes Christine Douglass-Williams

Back in September, Draghi held talks with French President Emmanuel Macron about doing a better job of managing the flow of Muslim migrants coming into Europe from Afghanistan. By doing a better job, they meant taking in more migrants, since neither of them have any plan to control their own borders.

They slammed the EU’s response, criticizing those member states that were refusing to take in more Afghan refugees. Italy complained that it was “disproportionately affected by refugees arriving from north Africa,” but rather than control his own country’s migrant intake, Draghi expects other countries to fling open their doors to lesson his internal woes. France and Britain have also been pointing the finger elsewhere while failing to control their own borders.

Globalists will go to great lengths to avoid appearing “Islamophobic,” even to the point of abandoning their leadership roles and their responsibility to protect national security and the economies of their countries. They’re apparently hoping that that the problem will magically disappear.

Hungarian Prime Minister Viktor Orban has been defending his country’s borders ever since the Syrian refugee crisis, amid constant infringements on his nation’s sovereignty by the EU, which is pressuring Hungary to take in more migrants Orban has warned that “30,000–35,000 people are leaving Afghanistan every day” and are headed to the EU. Add that to the continued steady stream of migrants from North Africa.

Mario Draghi went up on stage just before 9:30 am. In front of him was the audience of the Rome Med 2021, the forum promoted by the ISPI and the Foreign Ministry that every year attracts important actors and observers of the Mediterranean political context. The prime minister has the responsibility of inaugurating the labors that will proceed in the capital until tomorrow.

For Draghi, the intervention represented an opportunity to take stock of the situation on the main dossiers concerning Italy and the Mediterranean Sea. He started the speech discussing Libya. In three weeks, the North African country should go to the vote (the conditional is a must) and therefore face one of the main points of its recent history.

For the head of the Italian government, the elections “must be free, fair and inclusive.” In reiterating that Italy is committed to supporting the Libyan transition, Draghi emphasized, among other things, the importance of the electoral process and the momentum offered by this appointment to seek stability not only for Libya but also for the entire region. So much so that a passage of the speech was dedicated to Tunisia.

“We are close to Tunisia,” declared the head of the government, “as evidenced by the sending of vaccines to deal with the pandemic. We are confident that the country will overcome the current state of emergency and overcome economic and social emergencies.”

When it comes to the Libyan dossier, a reference to the immigration emergency is inevitable. “This year,” said Draghi, “there were six times more landings than in 2019,” with reference to the further increase in irregular arrivals along our coasts. A situation that according to the prime minister cannot be managed by individual states. “Italy,” he always says in his statements, “cannot do everything alone.” The solution should be sought in “greater involvement of all European countries, including in the Mediterranean,” continued Draghi. “Italy continues to promote a European advance towards collective management, in a balance between responsibility and solidarity.”

While on the one hand, the importance of downsizing the number of landings was emphasized, on the other, Draghi himself reiterated his desire to focus on increasing “legal flows of migrants from the most vulnerable countries, which are a resource and not a threat for our community.” A reference perhaps also to the recent humanitarian corridors that have involved numerous citizens who have fled from Afghanistan.

The immigration dossier is an important passage in the speech of the head of government, who also recalled the more general role of the Mediterranean within the EU. “The Mediterranean,” clarified the former governor of the ECB, “is the center of Europe and not a border.” This is because the Mediterranean “is not just a sea or a geographical expression,” we still read in Draghi’s statements, “today as in the past, it is a set of social, economic and cultural ties.”

The prime minister devoted part of the speech to the general situation in the Middle East. In the first place, a resumption of dialogue in the Holy Land was hoped for “to restart a path of peace that leads to a two-state solution.”

“As for Israel,” said Draghi, “we are looking carefully at the normalization process of its relations with the Arab world. The recent crises in Gaza demonstrates, once again, the need to restart international efforts in favor of the peace process. A path that must lead to a viable, just and directly negotiated two-state solution between the parties involved.”

A reference was also made to relations with Iran and the current nuclear dialogue. “We maintain a demanding but constructive dialogue with Tehran,” emphasized the prime minister, “also with regard to nuclear non-proliferation.”

Foreign Minister Luigi Di Maio also spoke on the stage of Rome Med 2021. Alongside the concerns about the migrant crises and the many dossiers open in the political field, the head of the Farnesina wanted to talk about the energy opportunities that have emerged in recent years. “The discoveries of gas fields in the eastern Mediterranean present concrete opportunities for common growth,” he says.